EasyJet to offset carbon emissions for all flights 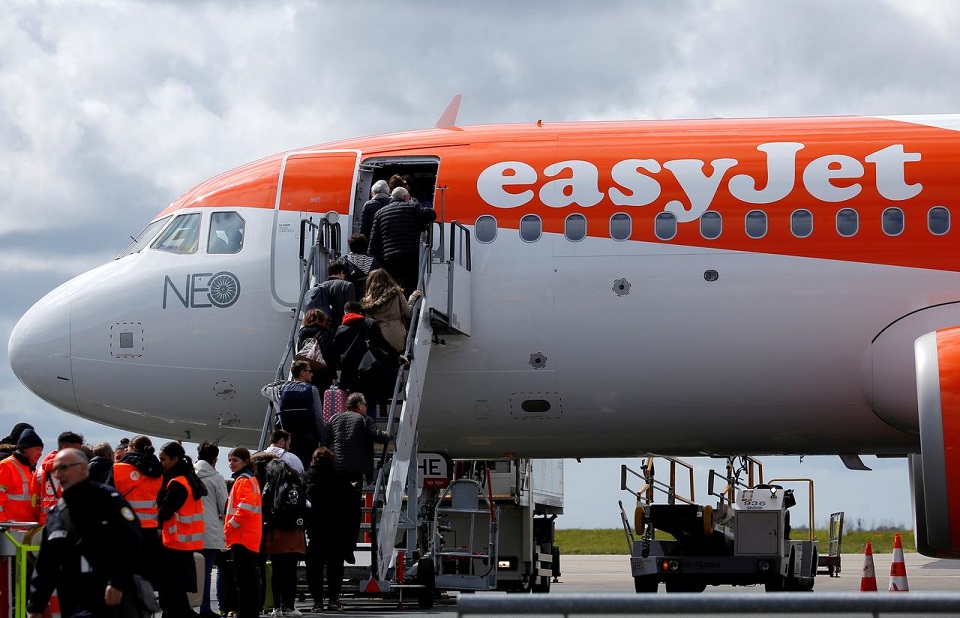 FILE PHOTO: Passengers board an easyJet plane at the Nantes-Atlantique airport in Bouguenais near Nantes, France, April 4, 2019. REUTERS/Stephane Mahe

LONDON, Nov 19:  Britain’s easyJet (EZJ.L) aims to become the world’s first major airline to operate net-zero carbon flights across its entire network, it said on Tuesday after posting full-year profit towards the top end of expectations.

In addition to the plans to offset emissions from flying, the budget carrier also announced that it would launch easyJet Holidays in Britain by Christmas, offering its own beach and city breaks after the demise of tour operator Thomas Cook.

The carbon offset programmes will cost about 25 million pounds a year, though Chief Executive Johan Lundgren acknowledged that longer-term solutions are also needed.

“We recognise that offsetting is only an interim measure, but we want to take action on our carbon emissions now,” he said.

Airlines have come under increasing pressure to reduce emissions in the face of the growing “flight shame” movement, formed in Lundgren’s native Sweden.

British Airways owner IAG (ICAG.L) has said it will carbon-offset its domestic flights, but moves towards more sustainable fuel or even hybrid or electric planes will take years.

Over the past two years easyJet worked with Wright Electric, which aims to produce an all-electric commerical plane to be used for short-haul flights.

The announcements came as easyJet reported headline pretax profit of 427 million pounds, compared with guidance last month of a figure between 420 million and 430 million pounds. That was down 26% from last year because of rising fuel prices and a tough operating environment.

The airline said that forward bookings for the first half of the 2020 financial year were “reassuring” and slightly ahead of last year, reiterating that capacity growth would be towards the lower end of historic guidance between 3% and 8%.

Analysts at RBC said consensus estimates for 2020 are unlikely to change, with upgrades of 5-7% from a better pricing environment being “masked” by the spend on carbon offsetting.

EasyJet said the new holidays business would break even in the year to September 2020. It is expected to fly routes from Gatwick and Bristol take-off and landing slots that were acquired after the collapse of Thomas Cook, starting as early as next February.

BEIJING/NEW DELHI, Sept 23: China and India have agreed to stop sending more troops to a Himalayan flashpoint along their... Read More...