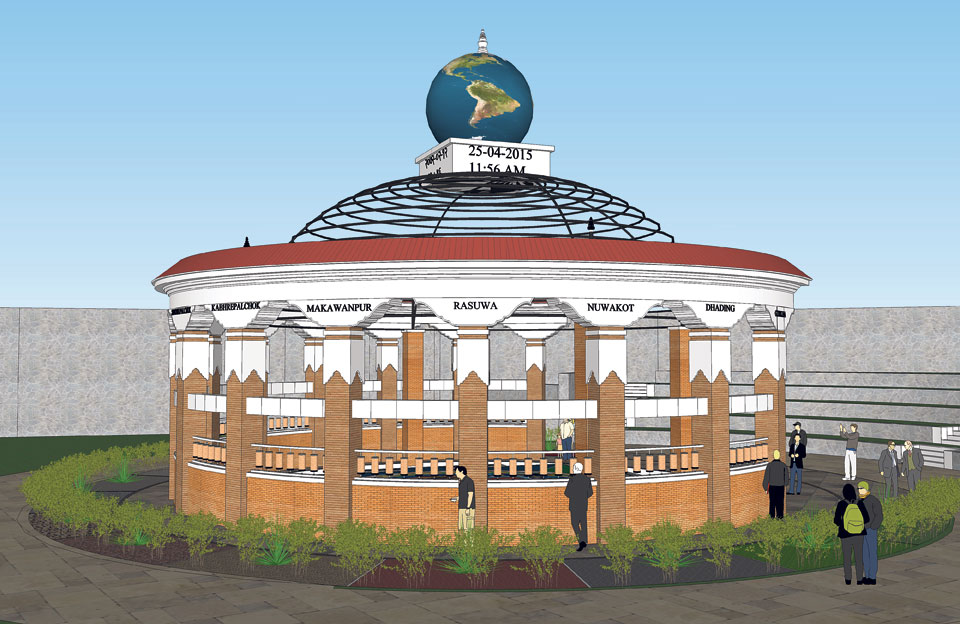 GORKHA, July 6: A plan has been approved to construct an earthquake memorial park at Barpak, the epicenter of the April 2015 Gorkha earthquake. The Department of Urban Development and Building Construction (DUDBC) divisional office in the district has estimated the park construction cost at around Rs 180 million.

“While the construction of the structures will cost around Rs 160 million, fencing will cost an additional Rs 20 million,” said Roshan Shrestha, chief of the DUDBC divisional office. Within a year of the quake, President Bidya Devi Bhandari had laid the foundation for the construction of the memorial park. Now with the project finally approved, works to construct the park have now begun.

The park will be constructed in nearly 200 ropanis of land. It will have quake-ravaged homes, a mandala, roads linking various areas of the park, guard house, ticket counter and other structures. Likewise, the park will also have a children's playground, parking, jungle area, open ground among other things.

“We are preparing to call for a tender within this year. The process to build the memorial park got delayed due to the long time taken by the DUDBC divisional office to approve the project,” said Shrestha, adding that park construction will be expedited now.

The park will also have separate structures to symbolize the 14 most quake-affected districts. It will also have names of those who perished in the deadly catastrophe of April 25, 2015.

Technicians of DUDBC are of the opinion that the construction of the park will take time due to the geographical difficulties, among other factors.