E-cigarettes can harm your health, its flavour additives can cause heart damage 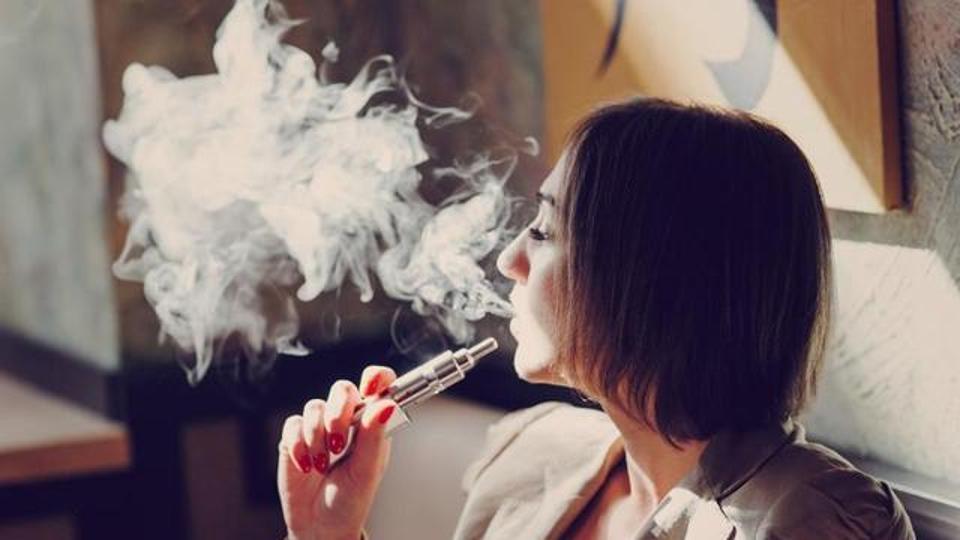 E-cigarettes are battery-powered devices that heat a liquid and produce an aerosol that is inhaled. (Shutterstock)

E-cigarettes may seem like a good alternative to regular cigarettes, but a new study by the American Heart Association shows that flavoured additives used in it can impair blood vessel function and lead to heart damage.

E-cigarettes are battery-powered devices that heat a liquid — including tobacco-derived nicotine, flavouring and other additives — and produce an aerosol that is inhaled.

According to the study, short-term effects were found on endothelial cells, which line the blood vessels and the inside of the heart. Researchers found all nine flavours were dangerous to cells, and the flavourings impaired nitric oxide production in endothelial cells in culture (outside of the body).

Several of the flavourings — menthol, clove, vanillin, cinnamon and burnt flavouring — resulted in higher levels of an inflammatory marker and lower levels of nitric oxide, a molecule that inhibits inflammation and clotting, and regulates vessels’ ability to widen in response to greater blood flow.

“Increased inflammation and a loss of nitric oxide are some of the first changes to occur leading up to cardiovascular disease and events like heart attacks and stroke, so they are considered early predictors of heart disease,” said lead researcher Jessica L Fetterman.

Here’s what the other studies say on the effects of e-cigarettes:

* A study done by the University of North Carolina in the US shows that a common e-cigarette flavouring has toxic chemicals similar to those found in tobacco smoke. The chemicals can even disrupt the lungs’ antibacterial defense system, the study has found.

* A pilot study published and funded by the National Institutes of Health, found that e-cigarettes could significantly reduce harm and the risks of cancer and other diseases to smokers.

* A study published in the European Respiratory Journal did not directly compare vaping’s effect to that of smoking tobacco cigarettes, but the findings did suggest that users of electronic cigarettes may be at higher risk of lung infection.

* According to a Penn State-led study, the chemicals that make up different flavours also produce different levels of free radicals, toxins often associated with cancer and other diseases.

* A study conducted on mice found that e-cigarette use may cause fatty liver disease and circadian rhythm dysfunction.

Heart to Heart with Malvika: Learn from your mistakes