Drop in China's new coronavirus cases; none in Hubei for the sixth day 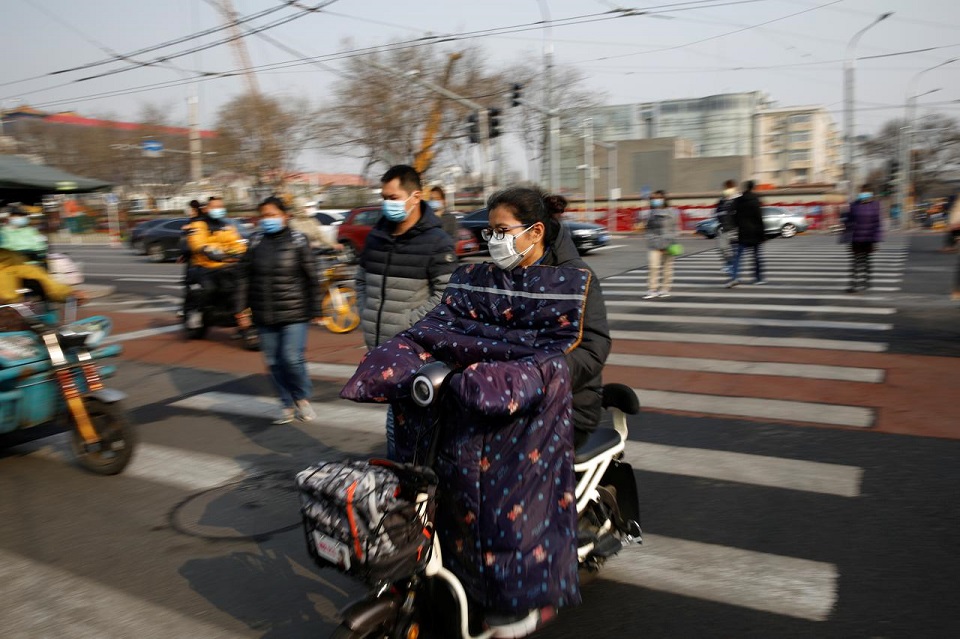 BEIJING, March 30: Mainland China reported a drop in new coronavirus infections for a fourth day as imported cases fell, while authorities shut the borders to foreign travelers and drastically slashed the number of international flights.

Sunday’s figure of 31 new cases, including one locally transmitted infection, was down from 45 the previous day, the National Health Commission said. Four deaths took the toll to 3,304, from 81,470 infections, it added in Monday’s statement.

With decreasing numbers of infections, policymakers are scrambling to revitalize an economy nearly paralyzed by months-long curbs to control the spread of the flu-like disease.

The government is pushing businesses and factories to reopen, as it rolls out fiscal and monetary stimulus to spur recovery from what is feared to be an outright economic contraction in the quarter to March.

China’s exports and imports could worsen as the pandemic spreads, depressing demand both at home and abroad, Xin Guobin, the vice minister of industry and information technology, said on Monday.

The country could adopt new policies to stimulate demand for automobiles, a key industry still grappling with difficulties, he added.

China has extended loans of 200 billion yuan (22.75 billion pounds) of loans to 5,000 businesses, from 300 billion allocated for loans to help companies as they resume work, Xin said.

The government will adjust support policies for small and medium-sized firms promptly as the situation develops to protect them from the virus fallout, President Xi Jinping said.

State media quoted Xi as urging firms to resume operations even as the virus battle continues, during a visit on Sunday to Ningbo, a major port city in the eastern province of Zhejiang.

While the number of new infections has fallen sharply from February’s peak, authorities worry about the second wave of infections triggered by returning Chinese, many of the students.

China cut international flights massively from Sunday for an indefinite period, after it began denying entry to almost all foreigners a day earlier.

The return to work has also prompted concern about potential domestic infections as regional travel curbs ease, especially over carriers who exhibit no, or very mild, symptoms of the highly contagious virus.

The central province of Hubei, where the virus first emerged late last year, reported no new cases for a sixth straight day on Sunday, after it lifted traffic curbs and resumed some domestic flights.

But the northwestern province of Gansu reported a new case of a traveler from Hubei who drove back with virus-free health code, national health authorities said.

NEW HAVEN – Until recently, we were regularly confronted with images of drowned migrants floating in the waters separating poorer... Read More...

Only essential services to remain open from today
49 minutes ago