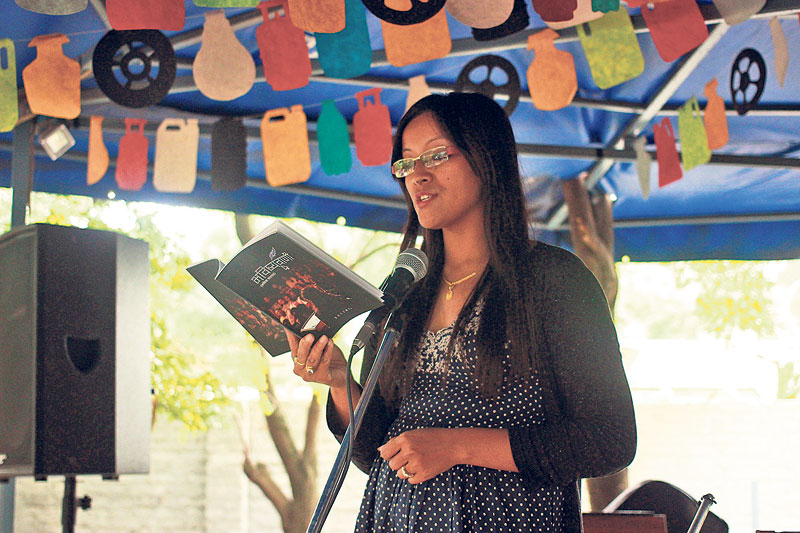 KATHMANDU, July 10: ‘Bhavisyavani’, a collection of poetry was released on July 9 at the Bikalpa Art Centre Cafe, Pulchowk in Kathmandu. Published by DREAMS, an online culture and art magazine, the collection includes 20 shortlisted poems from the ‘Bhavisyavani’ international poetry competition that was organized by the magazine in the month of August last year.

The poems in the collection mainly depict the themes of a better tomorrow and the hope to rise up from ruins.

The launch event saw the top three poets of the competition – Gareema Rana, Laxman Shrestha and Ramnath Khanal – reciting their winning poems. Each of them have won cash prize of Rs 50000, Rs 25000 and Rs 10000 respectively.

“At the moment, poetry has become too easy. Anyone can stitch up words and claim it to be poetry. But much hard work has been poured in the works that you see in this book,” said Keshav Koirala, the editor of the collection.

Ojesh Singh, the founder of DREAMS magazine, confirmed that the magazine will organize the second edition of the poetry competition very soon. “Though the title of the competition hasn’t been finalized yet but the theme for this year’s competition would revolve around karma (work or respect for work),” he shared.