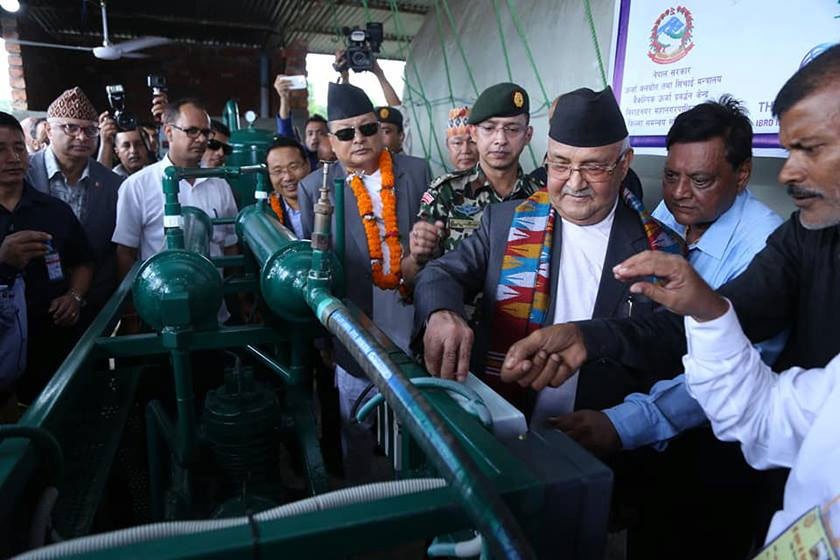 Prime Minister Oli inaugurated the piped cooking gas in the kitchen of a house in Jatuwa of Biratnagar Metropolis-14.

A total of 32 families will be benefited from this piped natural gas project that is produced through the use of cow-dung. Biogas produced from cow dung generally consists of methane, carbon dioxide, and other components, such as hydrogen sulphide.

The natural gas produced from the cow-dung available from the cattle farm run by Shreekrishna Gausewa Sadan is directly supplied to the kitchens through the networked pipes.

In the first phase, bio-gas has been supplied to as many as 32 houses by laying 400-meter-long pipes in the human settlement.

A consumer has to pay Rs 84 per cylinder of natural gas.

Oli’s statement had been ridiculed and taken as rather ‘unfeasible and populist’ when he expressed commitments to equip every household with piped liquefied petroleum gas (LPG) at a program during his first stint as the prime minister. 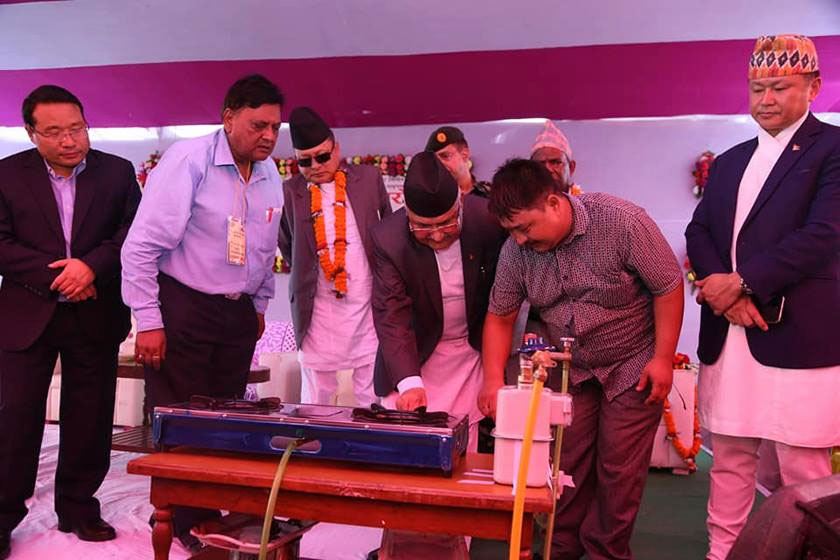 BIRATNAGAR, July 1: Nepali Congress (NC) mayoral and deputy mayoral candidates are taking the lead in the race for the... Read More...

BIRATNAGAR, Oct 22: President Bidhya Devi Bhandari is arriving at Biratnagar to participate in the Senior Citizens Festival to be... Read More...