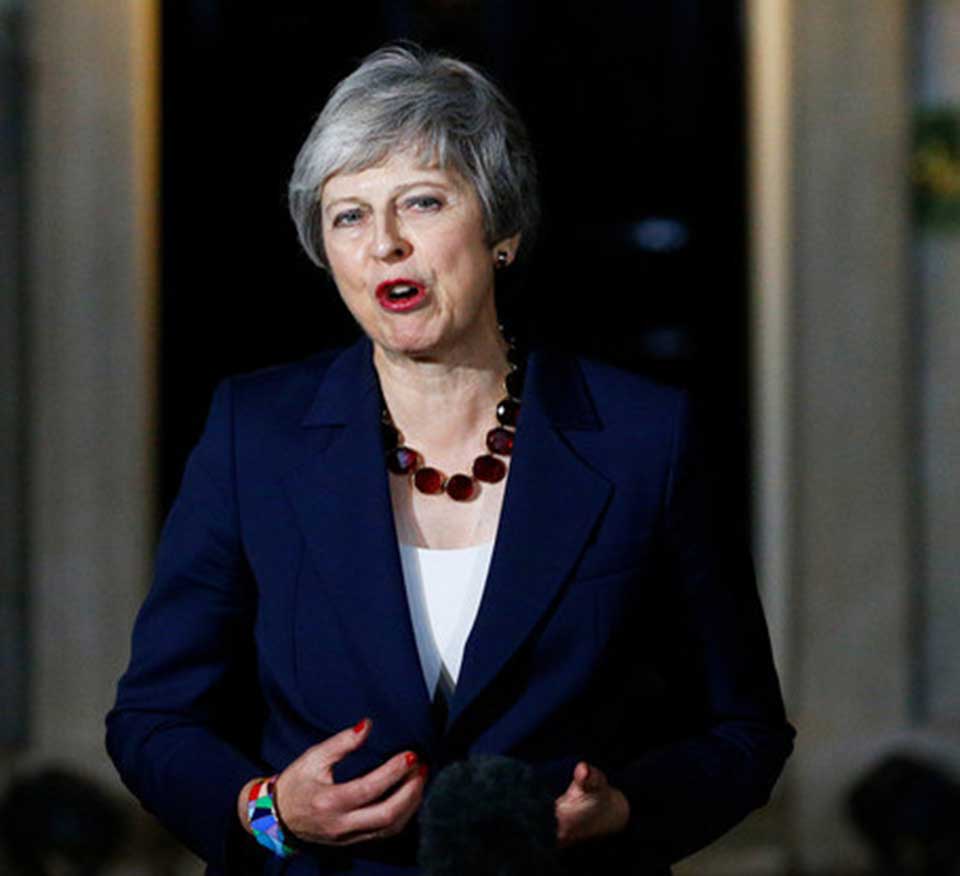 LONDON, Nov 15: Britain's cabinet has backed Theresa May's EU withdrawal agreement, the prime minister has confirmed. She said that the deal is the best that could be negotiated and is in the interest of the country.

The official text of the draft agreement consisting of 585 pages was published by European Commission.

Top British ministers debated whether to support the deal during a five-hour meeting inside 10 Downing Street, with some having been invited to the prime minister's office a day before to read it.

May said the plan is the “best that could be negotiated," adding that the “collective decision of [the] cabinet" was to push ahead with the deal.

“And I firmly believe with my head and my heart that this is a decision that is in the best interest of our entire United Kingdom,"she said.

She added that the plan is the result of “thousands of hours of meetings." The deal was reached as the deadline for Brexit – March 2019 – was looming and many expressed concern that the divorce would not happen.

May noted that the deal will come under “intense scrutiny," while saying she is aware that “there will be difficult days ahead."

May declined to answer questions from the media, saying she will make a statement in parliament on Thursday.

Despite the agreement being backed by the Cabinet, she is still facing fierce opposition, including from Conservative MP Jacob Rees-Mogg who wrote a letter to his colleagues urging them to vote against the deal in Parliament.

He lays out his disapproval of the plan in four parts, including the fact that the UK will be required to hand over £39 billion to the EU "for little or nothing in return" and will lock Britain into an EU customs union and EU laws.

Nigel Farage, the former leader of the UK Independence Party (UKIP) who campaigned for a hard Brexit, has tweeted his disapproval following May's announcement, calling the plan the “worst deal in history" and calling out any “genuine Brexiteers" who supported it.

"While I hope one day the UK will return, in the meantime this agreement will make a Brexit possible, while maintaining a close relationship between the EU and UK, a protection of citizens rights and the avoidance of a hard Irish border," he said.

The circumstances of Britain's exit from the European Union has been long negotiated, and Wednesday's approval of the deal puts an end to any uncertainty surrounding Britain's future in the European Union. It also ends the possibility of a messy “no deal" Brexit.

Those who are against Brexit, including Labour MPs David Lammy and Chuka Umunna, took particular note of one part of May's announcement, in which she spoke of three options – this deal, no deal, and no Brexit.

Scottish First Minister Nicola Sturgeon spoke out against the deal before it was agreed, calling it bad for Scotland.

Meanwhile, European Commission President Jean-Claude Juncker has recommended the EU hold a summit with the UK this month.

The EU's Brexit negotiator, Michel Barnier, said the deal brings legal certainty on the consequences of Brexit, and called it a determining step towards ending the drawn out negotiations.

Barnier also warned that much work still needs to be done in the process of the UK exiting the EU, and that the road to an orderly Brexit won't be an easy one.

He declined to comment when addressed with the question of what the EU will do if the British parliament rejects the Brexit deal, which is still a possibility.

Sturgeon, however, was fine to weigh in on that possibility, saying that if it is rejected by Parlimaent "then the UK government must return to the negotiating table to secure a better one." 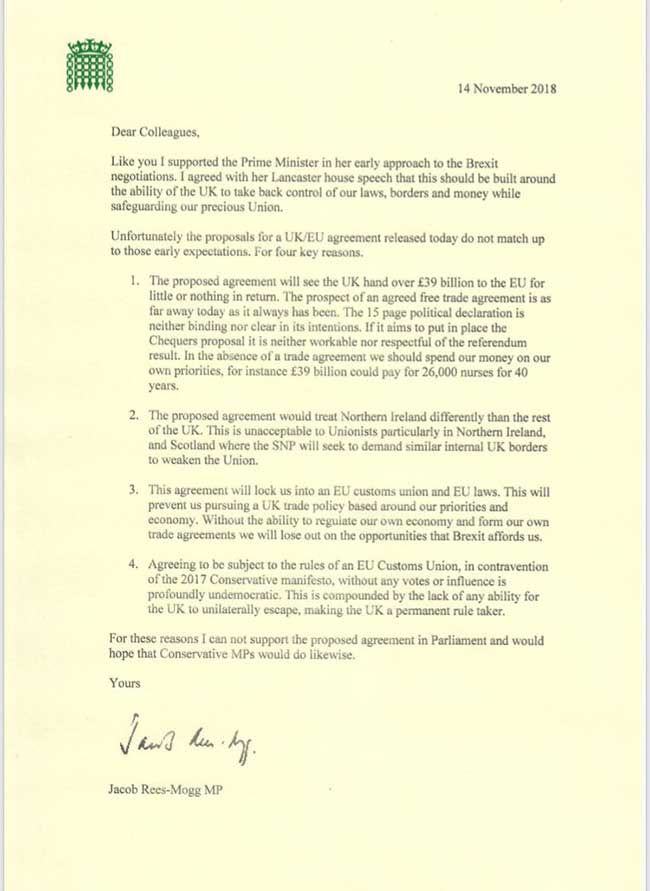 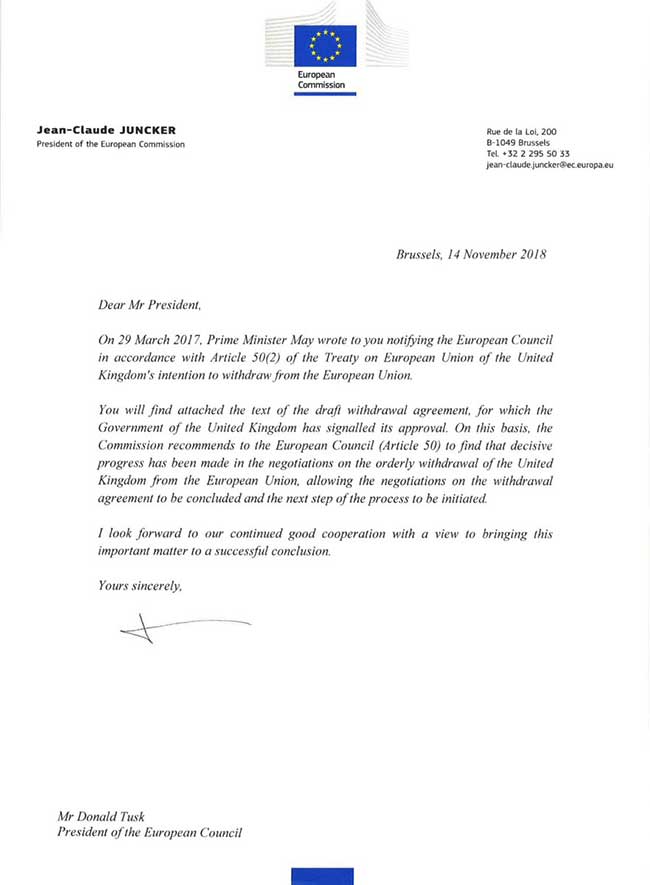