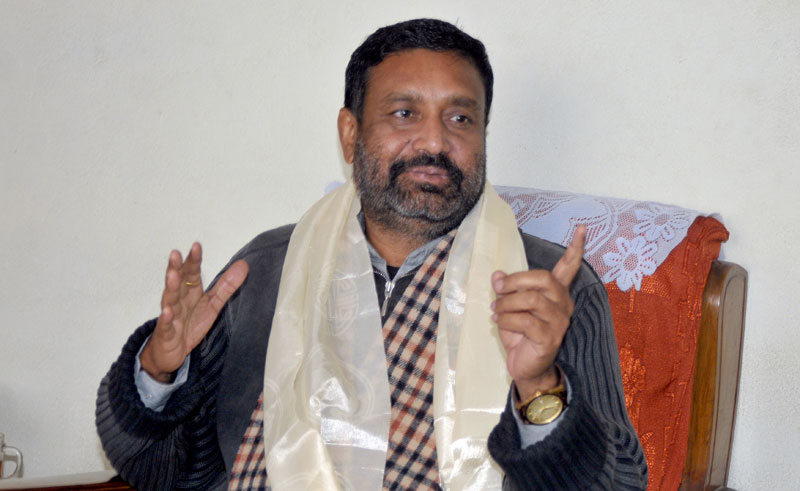 LALITPUR, Jan 9: Deputy Prime Minister and Minister for Home Affairs Bimalendra Nidhi has spoken of the need of holding the three-tier elections by the scheduled date.

Inaugurating the third town council of Bajrabarahi Municipality here today, the DPM underlined the need of holding the elections of local, provincial and central levels by the month of Magh, 2074 BS to enforce the constitution.

"The responsibility of bringing the constitution in force falls upon the shoulder of the government," he said, hoping to get people's support and cooperation towards that end.

On the occasion, Santaneshwor Brick Industry, regular taxpayer to the Municipality, was awarded. Likewise, Deputy Superintendent of Police Shyam Kumar Rai was honored for his contribution to maintaining sound security in the town. RSS