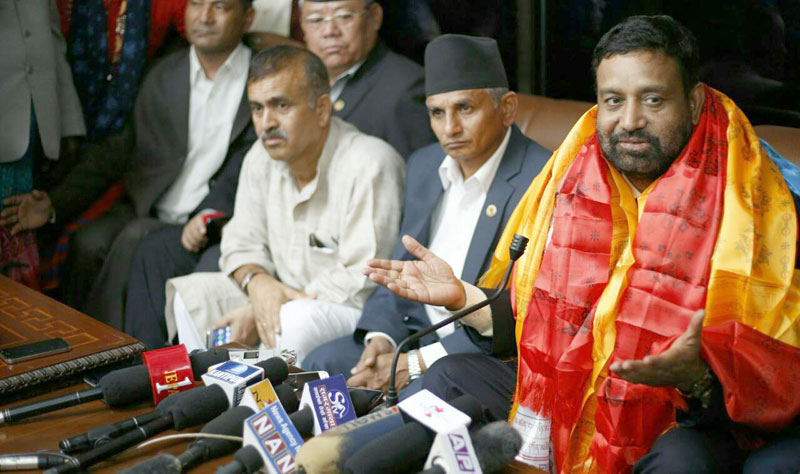 Nidhi claimed that he did not talk about the constitution amendment saying that it is an internal issue of Nepal.

“I informed the Indian leaders about the priorities of the government of Nepal, constitution implementation, and agreements reached among the NC, CPN (Maoist Center) and Madhesi Morcha,” said Nidhi.

He said that the exchange of three high-level visits between the two countries have been fixed. He, however, did not disclose the dates for these visits.

Earlier, in an interview with Nepali BBC Service, Nidhi had said the PM Pushpa Kamal Dahal would embark on a visit to India by the second week of September.