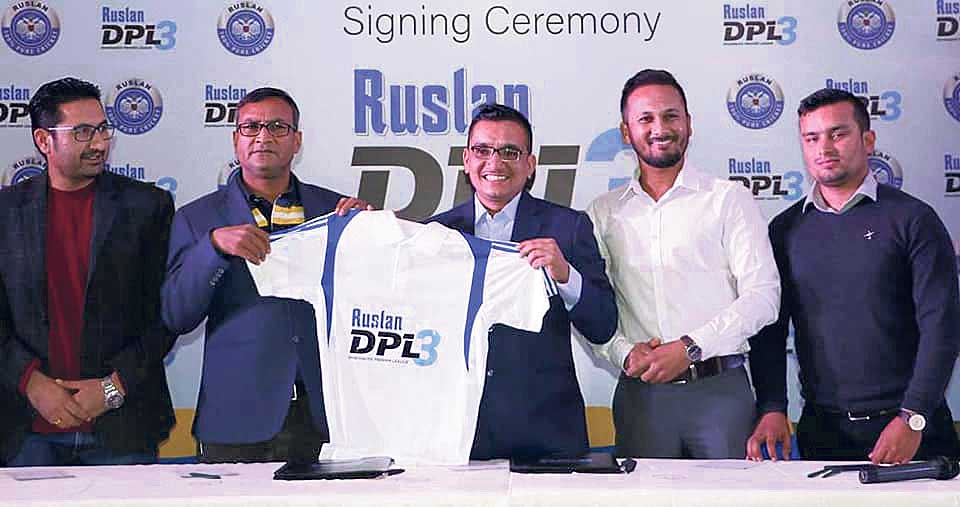 KATHMANDU, Jan 5: The first-ever city-based franchise cricket tournament Ruslan Dhangadhi Premier League (DPL) has rescheduled its second season to start from March 18 this year. Earlier, the tournament was slated to start from January 19.

The DPL has also inaugurated players’ registration for the second season of the marquee event. Gyanendra Malla, the national cricket team’s vice-captain and CYC Attariya’s captain in the previous edition of DPL, launched the registration amid a function on Thursday.

“Gyanendra Malla has officially been registered. Other players can register themselves at the official website. The registration has been officially opened and players can register until February 8. The auction will be held on February 17,’’ said the chairman of DPL Subash Shahi. “The teams and strategic players to participate in the tournament will be finalized before the auctions.”
The DPL has announced E-Sewa as its official ticketing partner. E-Sewa’s CEO Asgar Ali and Shahi signed an agreement to this effect on Thursday.

The players to be registered in the auction are categorized into three groups. The first category includes national team players with at least 15 international matches or those representing Nepal in the last three years.  The DPL teams will be required to buy a maximum of three players and minimum of two for their squads, while the second category comprises of all remaining national players, age-level players and camp players. A minimum limitation of three players has been defined.

Likewise, the third category, with minimum limitation of five players to be included in each team, features all the other uncapped players.

Six teams based in different cities are taking part in the tournament that will have 15 players each, including two mandatory foreign players and a player from far-western region in each team to be selected from a ‘talent hunt’ event.

The winner of the tournament is set to take home Rs 2.5 million, while the runner-up will be prized with Rs 1 million. Likewise, the third-placed team gets Rs 300,000 and the fourth-placed bags Rs 200,000. The man-of-the-match will be rewarded with Rs 10,000 each, while the man-of-the-series will get a TVS motorbike. The best batsman and the best bowler are also to be awarded with gift hampers.

A former Nepal player is set to be honored with ‘Dhangadhi Cricket Samman’ award whereas a person will be felicitated with ‘Arjun Khadka Smriti Samman’ for his contributions in Nepali cricket.
The total budget of the tournament will be Rs 30 million, the organizers said.

The tournament will be held in round-robin league format in the league phase. The final is to be held on April 14. All the matches will be played at SSP Cricket Ground in Dhangadhi.

DPL Auction: Players worth taking a punt on

DPL rescheduled for April 9 to 22