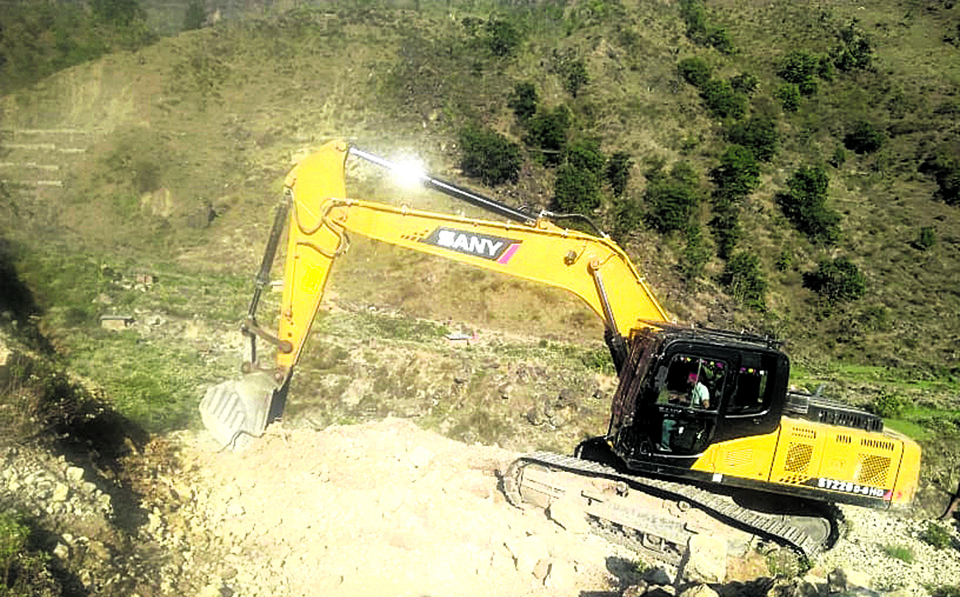 RUKUM, March 28: The locals of Magma in Banfikot Rural Municipality-6 of Rukum (west) were hopeful of getting temporary job as laborers when the local government allocated Rs 350,000 to repair a three-kilometer stretch of Biuntakura Meldanda road section.

The road which was destroyed in certain sections by the monsoon rain needed immediate repairing. Although the repair took place, the project neither formed a consumers' committee nor hired any locals.

Khadka Bahadur Kusari accused the ward office of ignoring the locals and instead using a dozer for the work.

The local residents expressed their anger toward the elected representatives who did not keep their promise made during the election campaign.

The residents of ward 3 in the same rural municipality also accuse the provincial government of Karnali of snatching away their opportunity for a similar reconstruction project of Baluachwar-Darne-Syarpu road section. The authorities had reportedly allocated Rs 1.5 million budget for the project.
Dozers are reportedly being used in all small and medium projects worth Rs 100,000 to Rs 10 million, which require the authorities to hire the locals.

While machines are taking away jobs of the locals, the male members of scores of families in Karnali Province are forced to migrate to India looking for job opportunities.

Dhana Bahadur Kusari, one of such migrants, expressed extreme disappointment for having to work in another country instead of generating income in his own motherland.

The federal government had announced plans of encouraging locals to participate in projects costing less that Rs 10 million. However, the local government has not implemented the decision. The people's representatives however deny using dozers in any new project.

“We used dozers to repair the road only because it requires immediate opening. It is also not possible to find laborers to work in such a short notice. No other new project has seen the usage of dozers,” said Dharma Bahadur KC, chairperson of Banfikot Rural Municipality.

KC said that a leaving roads blocked for a long time could cause major problems and that he would try his best not to use dozers in future projects.

In the name of civil service

In our country, civil servants have traditionally had it good and developments over the years are a testament to that... Read More...

KATHMANDU, August 2: In what may be considered conflict of interest, Dolindra Prasad Sharma, the chairman and general manager of... Read More...

Are you a desperate job seeker?

Employers are attracted to job seekers who are confident about their abilities, making recruiters wary of desperate pleading and gimmicks.... Read More...