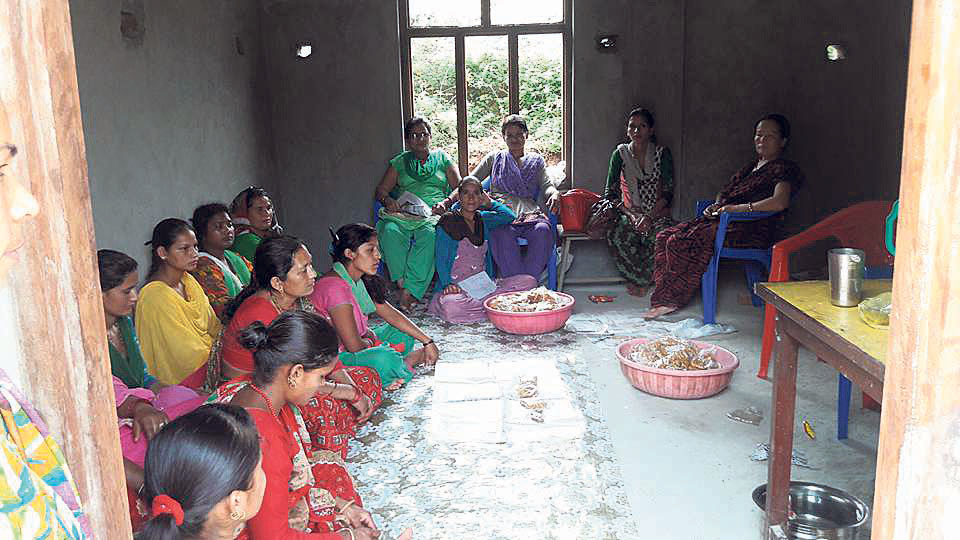 DOTI, Aug 12: For the first time in the district, Small and Cottage Industry Development Committee had offered gemstone-processing skill development training in Dipayal last fiscal year. There was a vacancy for 100 people for the training that was given under the initiative of the Ministry of Industry. However, only 38 participated showed up for it.

According to the statistics of the committee, more than half the money allotted for the program was frozen due to low participation. There was a total of Rs 13 million for training and establishment of gemstone processing center, out of which Rs 8.7 million was frozen.

Madhav Subedi, acting director of the committee, said that a good amount has been spent in physical infrastructure. “However, the budget received for training and material processing has been frozen,” he said.

All other trainings provided by the committee have fared similarly.
“People don't participate in the training, we have to go to the villages to find people for training,” Subedi said: “Our office provides trainings but participants don't come. So, the budget received for the programs are frozen every year.”

The main objective of the committee is to provide commercial skills training.
The committee is not the only institution that has seen a lack of public interest for training in Doti. There are other examples as well.

Seti Technical Academy, a CTEVT-affiliated institution, has introduced more than a dozen trainings for locals' skill enhancement. But despite their efforts of publicizing the trainings, people show reluctance to attend the trainings.

According to Tirtha Raj Awasthi, focal person of Institutional Human Resource Development: “The locals did not come in the trainings so, we trained people of Kailali and Kanchanpur districts instead. There are examples of budget freeze in the past when people did not attend the trainings.”

Awasthi said that the situation exists as most of the local people are not aware of entrepreneurship and skill development.

“Instead they prefer to go to India for employment,” he said: “The concept of getting skillful training has not been established yet.”

NEGLIGIBLE NUMBER OF MALE IN TRAINING

Not only the government-organized trainings but the trainings offered by non-government organizations also have faced the same situation.

Lal Bahadur B K, executive director of Source Nepal, a non-government organization, said: “The number of male participants in commercial trainings operated by NGOs and INGOs is significantly low. Mostly for female participants take part in these trainings.”

Narendra Khadka, President of Doti Chamber of Industries and Commerce said that low participation in commercial and skillful training was a serious matter.

“It is a sad thing that the participation of youth in the development of entrepreneurship and commercial skills is very low. It does not convey good message.”

Elections yet to excite Doti locals

DOTI, Oct 27: News about the upcoming elections is on air all the time. Television and radio stations have hardly been... Read More...

DOTI, Jan. 31: Despite nearly one year delay in starting the blacktop works of the Dipayal Airport, the task has grasped... Read More...