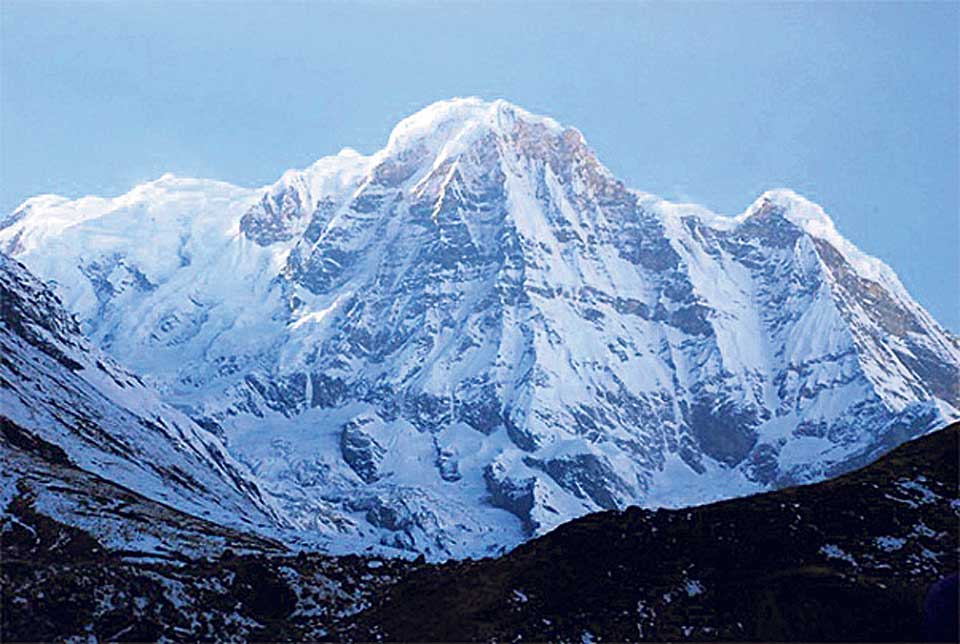 Aiming to create a scientific database of Nepal's peaks, a sub-committee formed by the department had assigned NMA the work to create the profile. The profile will include details of 414 peaks, among which 86 are unclimbed peaks. It is expected that climbers will attempt those unclimbed peaks after the profile gets ready.

“We are not saying that the department won't provide budget for the project. We have told NMA to first complete their work and submit expenditure details, so that we could release the budget of this fiscal year,” said Dandu Raj Ghimire, director general of the department. "We have not received any details since Fiscal Year 2016/17 when the association was assigned the project."

“Till date only the text has been written. Photos and other field works are yet to begin,” Ghimire said, adding: "Although this is a low budget project, the concerned authority has to be responsible."

"We have sent a letter to NMA asking to submit expenditure details from the beginning," Ghimire said.

He argued that there have been random works on the project without a proper and concrete planning.

However, NMA has claimed that it has completed 60 percent of the work.

The government had started homework on this project in 2014, and formed a sub-committee in 2016 to recommend how to take it forward.

“First, the association does not have a proper work schedule, and second, the department has not given a project deadline to NMA. This has made the project rather weak,” Ghimire said.

"We need all types of information, from geography to social and economic details, to make the profile complete," he said adding: "We have also requested NMA to take new pictures of each peak, but they have not taken a single photo yet," Ghimire told Republica.

"The profile will make it easy for climbers to find details of the peak they have chosen to climb," Ghimire added. The profile will give information on the peaks including route, itinerary, height of peak, district, area, social condition of the area, and budget details for climbing the peak. It will be put on the government's website.

Of the 476 mountains above 5,800 meters suitable for climbing, the government has opened 414 mountains for climbing activities, according to the department. Of them, only 225 mountains have been climbed till date.

KATHMANDU, June 5: Representative bodies of private sector have surprisingly refrained from making critical comment on the budget even though it... Read More...

KATHMANDU, May 14: Finance Minister Dr Yuba Raj Khatiwada has said the budget has been made on the basis of... Read More...