Donnarumma pelted with fake cash in under-21 match 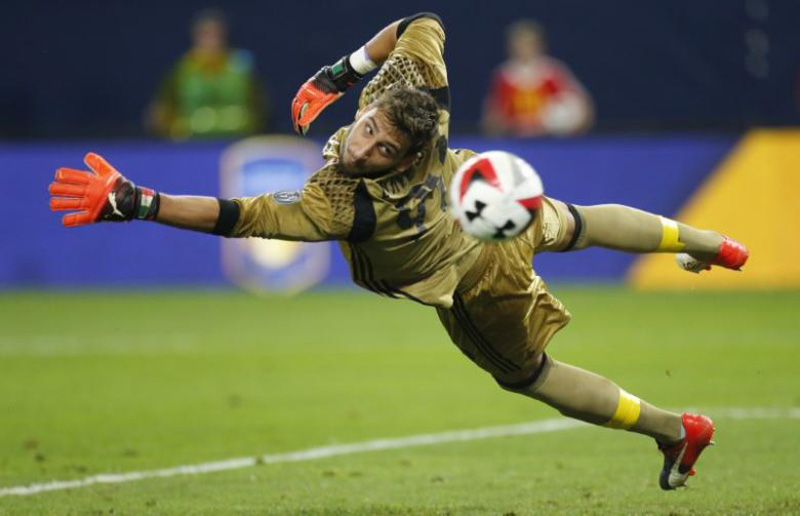 AC Milan goalkeeper Gianluigi Donnarumma, who has rejected a new deal with the club, was pelted with fake cash and labelled "Dollarumma" by supporters during a match for Italy's under-21 team on Sunday.

The 18-year-old stunned the club by turning down a new contract last Thursday. AC Milan see him as one of the brightest talents to emerge at the club in years and hoped to keep him on a long-term basis.

Play had to be briefly halted during the first half of the European under-21 championship match against Denmark, played in the Polish city of Krakow, after supporters behind the goal threw fake dollar bills into the net.

Italian media said the supporters, who also chanted insults and displayed a banner reading "Dollarumma", were members of a Polish-based Milan fan club.

Italy under-21 coach Gigi Di Biagio praised the player for remaining unruffled by the incident.

"He did not get unnerved by it, he remained calm in a situation that was far from easy," Di Biagio told reporters.

"He behaves as if he is 30-years-old and he is capable of dealing something which goes beyond football."

Donnarumma, who made his senior Milan debut at the age of 16, rejected a new contract after talks between himself, his agent Mino Raiola and the club.

Milan's chief executive Marco Fassone said at the time that the decision had left a "bitter taste".

SURUNGA (Jhapa), Dec 27: A person has been arrested on charges of fraud by using a fake facebook profile under... Read More...

KATHMANDU, June 20: Some 10 doctors arrested by the Central Investigation Bureau (CIB) of Nepal Police on the charge of... Read More...