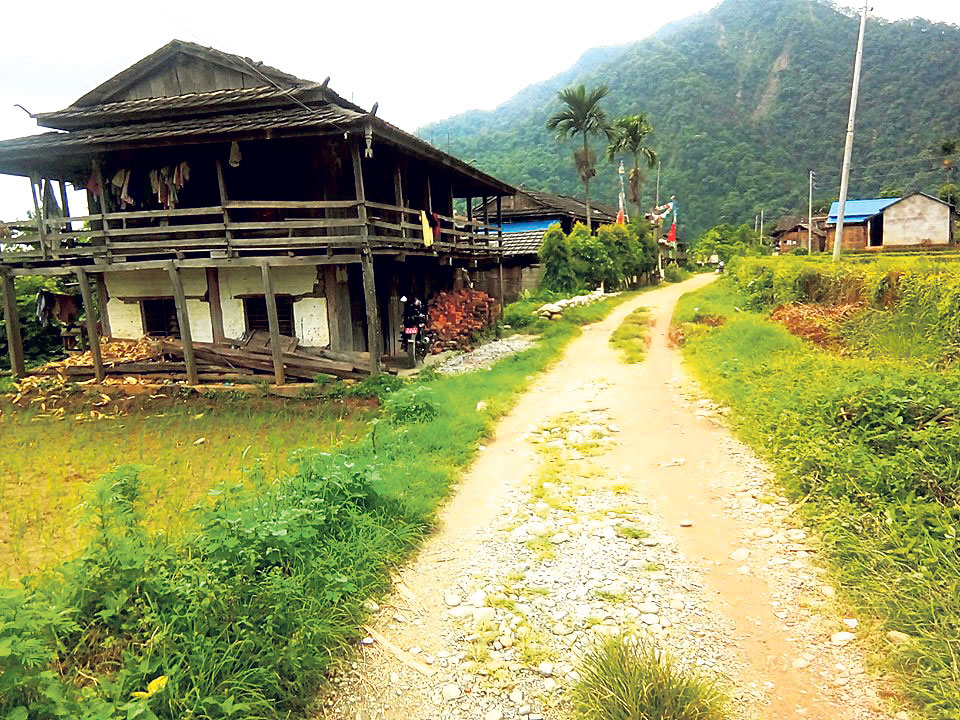 SINDHULI, Aug 6: Locals affected by the Sunkoshi-Marin Diversion Multipurpose Project have asked authorities concerned to ensure that the national pride project does not become a hotbed of corruption.

Speaking at a discussion with locals of the affected areas organized by the project, they also requested officials concerned to complete the project on time. Nabaraj Thing, a local of Kamalamai Municipality, said that the project should be completed on time and that locals of affected areas should get appropriate compensation.

Citing examples of mega projects in the country which have seen multiple time overruns, locals residing along the Sunkoshi River urged the project officials to make sure that Sunkoshi-Marin Diversion Multipurpose Project does not meet the fate other projects.

Similarly, Krishna Thapa of Hattitar in Khadadevi Rural Municipality of Ramechhap said that the project officials should be aware of the impacts after diversion of Sunkoshi waters in the Marin River. “Overflow of water in Marin River after diversion could affect irrigation and other projects built on Marin River. Authorities should ensure that no such catastrophe happens,” added Thapa.

Ram Krishna Dhungel, a local of Bhirpani in Khadadevi Rural Municipality, said new project should not affect existing projects. “We have just begun lifting water from Sunkoshi River. I hope the new dam does not affect our project,” he added.

The project will divert 67 cubic per second of water from Sunkoshi River to Marin River through a 13.1-kilometer tunnel. The project will build a 12-meter tall dam at Kusumtar in Ward 2 of Kamalamai Municipality to diver the water.

Sushil Acharya, chief of Sunkoshi-Marin Diversion Multipurpose Project, said that the project was finally getting momentum after it was categorized as a national pride project. “The project is currently holding discussion with locals of affected areas and making field observation of areas that will be affected by the project,” Acharya added.

According to Acharya, a preliminary report shows that an estimated Rs 43.19 billion will be needed to build hydropower plant having capacity of 28.62 MW powered by water diverted from Sunkoshi River. “Another Rs 30 billion will be needed to build other infrastructures,” he said, adding: “The main objective of this project is diverting water from Sunkoshi River to irrigate farm land in different districts of central Tarai.”

The project will irrigate 22,000 hectares of arable land in Bara, Mahottari, Sarlahi, Rautahat and Dhanusha districts. According to project officials, 312 hectares land of Ramechhap and Sindhuli districts will disappear due to the dam, displacing 562 households.

SURKHET, Nov 13: There appears to be a dispute between the Bheri-Babai Diversion Multipurpose Project and the Bheriganga Municipality where... Read More...

The Millennium Challenge Corporation (MCC) Nepal Compact which can be downloaded from https://mcanp.org/wp-content/uploads/2019/04/Millennium_Challenge_Compact.pdf is being discussed at large these days... Read More...

KATHMANDU, April 2: The Commission for the Investigation of Abuse of Authority (CIAA) has filed charges against Nalsing Gad Hydropower Development... Read More...