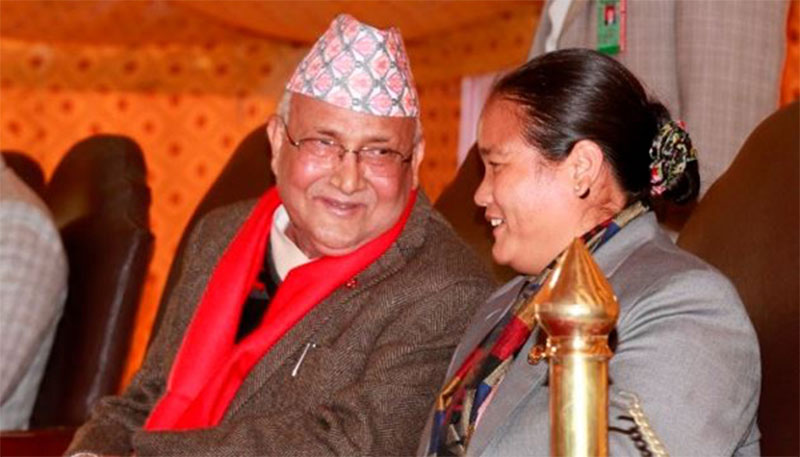 Oli has expressed his dissatisfaction over the modus operandi of the Speaker. At a meeting held in Baluwatar, he also criticized her for prioritizing the no-confidence motion for discussion by removing the scheduled Bill on the budget.

“It is the government that assigns the Parliament businesses. If you move ahead by sideling the task given by the government, you will fall into a trap,” a source quoted PM Oli as saying. “You are not a leader of the CPN (Maoist Center) now but the Speaker of the Parliament.”

The ruling alliance has been objecting to the Speaker Gharti after she prioritized no-confidence motion for discussion in the Parliament by postponing the scheduled Bill on the budget.

“Prime Minister advised the Speaker Gharti not to do any jobs that will earn her controversies in the meeting that lasted for about one hour,” PM’s press coordinator Chetan Adhikari told Republica Online.

In reply, the Speaker told the Prime Minister that she has been carrying out parliamentary businesses in line with the consent of the parties.

In case the parties do not arrive at consensus on some certain issues, the jobs will be executed in line with the Parliament Business Operation Regulations and past practices, Adhikari quoted Gharti as saying.

The no-confidence motion has been scheduled for discussion in the Parliament for Thursday.