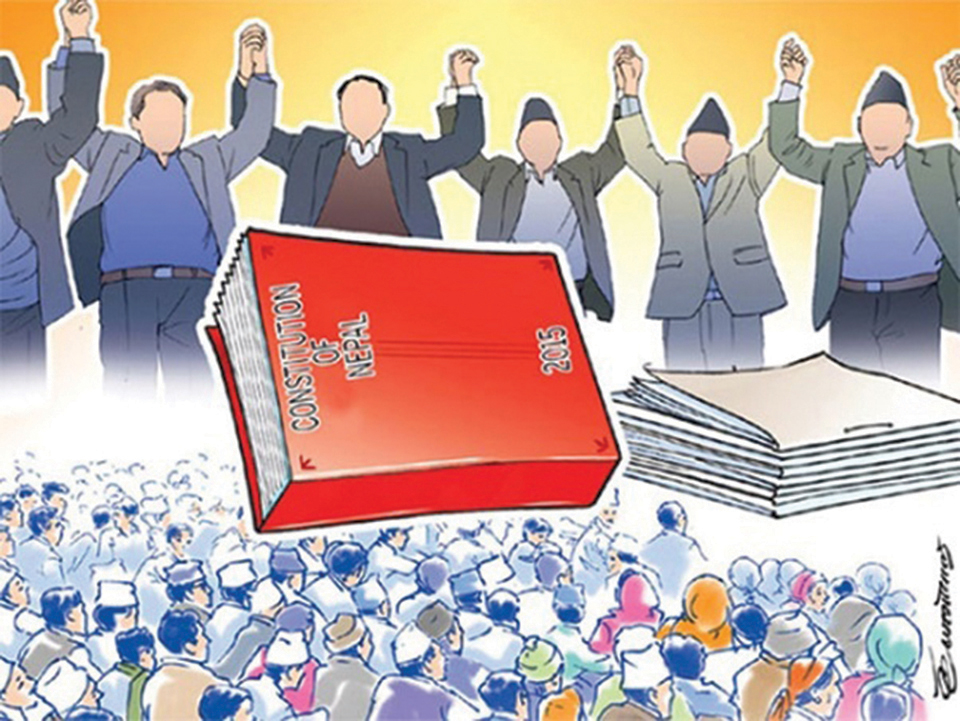 On the lead up to the Constitution Day and the day itself last week, as cynics on social media were jeering at the government’s appeal to people to mark the day by wearing national flag emblazoned t-shirts, my contemplation  was on what the press and intelligentsia would say about the constitution that turned four on September 20, 2019.  There were two stark responses: outright ambiguous and dismissive.

There was usual refrain of ‘constitution is not accepted by all and therefore it should be amended to ensure broader ownership.’ This ‘please-all’ rhetoric is as old as the constitution itself but sorely lacks in specifics. The advocates of this school do not say what exactly should be changed and how it will ensure broader acceptance of the document. This argument is only meant to keep the debate alive and reinforce the idea that Nepal’s national charter has nothing to offer.

Death of lies
Few commentators, who critically appreciated the constitution, stressed on the need to celebrate the gains, institutionalize them, correct the mistakes and move forward.  Holding of elections at local, provincial and federal spheres and formation of governments were hailed as tangible gains. Indeed. We have the governments in all the seven provinces and 753 local units, which seemed unthinkable in 2015. Some provincial governments have done well on some of the fronts. For example, Province 2, usually making news for controversy, has taken laudable initiative for girls’ education.

But the most important achievement of the last four years has been dismantling of untruths on the basis of which anti-constitution protests were launched in the Tarai plains. The four years have exposed the liars and proven the rumor-mongers and propagandists wrong.

One only has to revisit what was said of the constitution then: It does not allow a Madhesi to vote, to run the election and to become a minister. Foreign women married to Nepalis cannot get citizenship certificates, cannot vote and contest the elections. These untruths inflamed anti-constitution protests where dozens of innocent people were killed. The last four years have proved all these claims false. Some of the leaders who spread these lies are themselves heading the provincial governments or have landed coveted ministerial portfolios in the federal government. The four years time has also partly disproved the fear that Nepal cannot economically sustain federal system. Now, it can be safely said that if Nepal uses its resources and money economically and exclusively for the welfare of people, federal government system can be sustained.

Politics of amendment
Now the propagandists of the past are rooting for amendment, as if doing so would right every wrong.

This is not the favorable time to go for amendment for some reasons. At one time, amendment was sought mainly on citizenship and provincial boundaries. On citizenship, if media debates are any guide, advocates of amendment are not much concerned about correcting gender-based unequal provision on acquisition and transfer of citizenship. Their focus, instead, is directed toward making Nepal’s citizenship system too flexible and unregulated. The solution to the citizenship dispute lies in creating similar provisions, with similar regulations, for foreigners married to Nepalis, irrespective of sex. Provision of identity cards for new comers to enable them to exercise basic rights until they mature for obtaining Nepali citizenship (as in the case in most countries around the globe) could be one acceptable solution. Instead of building consensus around this idea, those seeking amendment are politicizing the entire debate.

Demand for amendment on provincial boundary has no rational either. Besides, amendment on this will open the door for demand of amendment on federalism, secularism and republic as well. His irresponsible public remarks aside, Minister for Information and Communications Gokul Baskota was spot on when he asked last week: What’s the rationale for amendment?

Who says this constitution is perfect? Who says the government is delivering according to the vision of the constitution? If it were, you and I would not have to worry about where to educate our children, how to pay for their health care when they fall ill, how to earn livelihood and so on. Everything would be taken care of.

At the root of this, as well-meaning experts have rightly argued, is the hangover effect of centralized government system, not the constitution as such.  Even we the commentators do not see them as interdependent units. So we refer to three complementary and interdependent governments as separate entities. We call central, provincial and local governments and treat them almost in hierarchical terms, as if the federal government was at the top and provincial and local governments were their subordinates. The constitution does not envision them in hierarchical terms.

Like in the unitary system, corruption is flourishing. Service delivery is too poor for the citizens to be satisfied. Our leaders have displayed lust for luxury and perks at the expense of our money.  But all this is not because of the system the constitution has envisaged. It is because the leaders whom we voted to power are betraying our trust. The constitution has given us the way to displace them through vote. This is the time to build institutions to support and strengthen the federal system.

The biggest irony is Nepali Congress, some of whose leaders faced wrath, bore insult and humiliation from external actors, for their decision not to halt constitution promulgation process, looks prepared to undo its own history.

Give me reason
Needless to say, constitution can be amended. But as they are rooting for further amendment, we need to ask them some hard questions. Which province has fared better or worse simply because of the current boundary? What has hindered the chief ministers of provinces and ministers of federal government to serve the people instead of serving themselves?

The 2015 constitution, despite flaws and lack of clarity, is a bold national statement. India turned hostile but Nepali leaders stood defiant against unreasonable terms India was trying to dictate. Now there is a realization in New Delhi among thinkers as well as political leaders (some of them have expressed it openly) that the 2015 Indian move on Nepal was suicidal. Indians reportedly envy some of the provisions of our constitution.

The same leaders who gave us misrule (under this constitution or the one that preceded it) are talking about amending the constitution. We need to question how amendment will help in implementation of federalization process and how Nepalis will benefit from it. We should not allow any leader to go about doing nothing and yet blame the constitution for their unaccountability.

KATHMANDU, Sept 20: It’s been already five years since the Constitution of Nepal was promulgated on September 20, 2015. ... Read More...

“Why is Dahal worried when I make people smile?” asks Oli
10 hours ago

103 proposed firms pledge to invest Rs 72.62 billion in the first half of current FY
8 hours ago 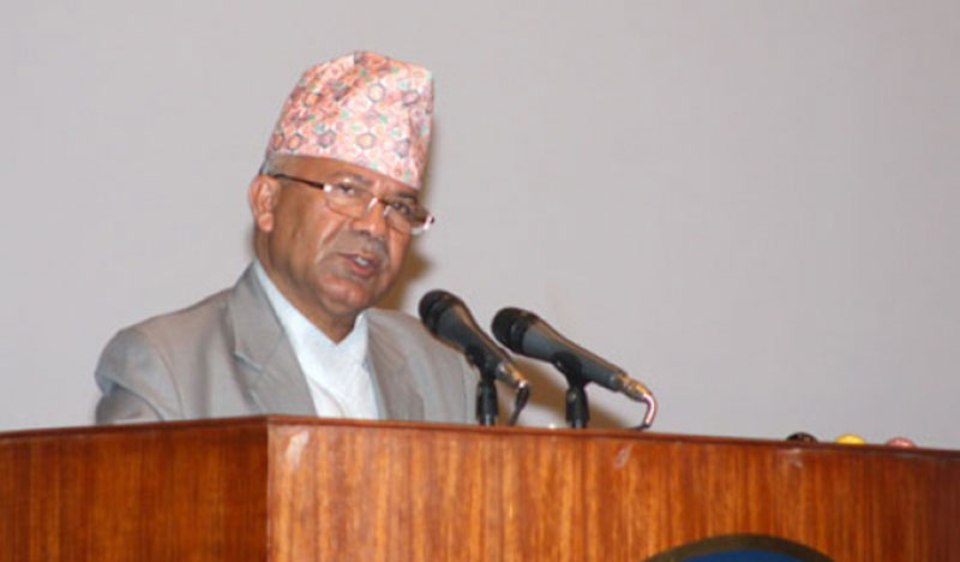 KP Oli is the leader of a small faction: Madhav Kumar Nepal
4 minutes ago

WEATHER ALERT: It will take a few more days for weather to clear
2 hours ago