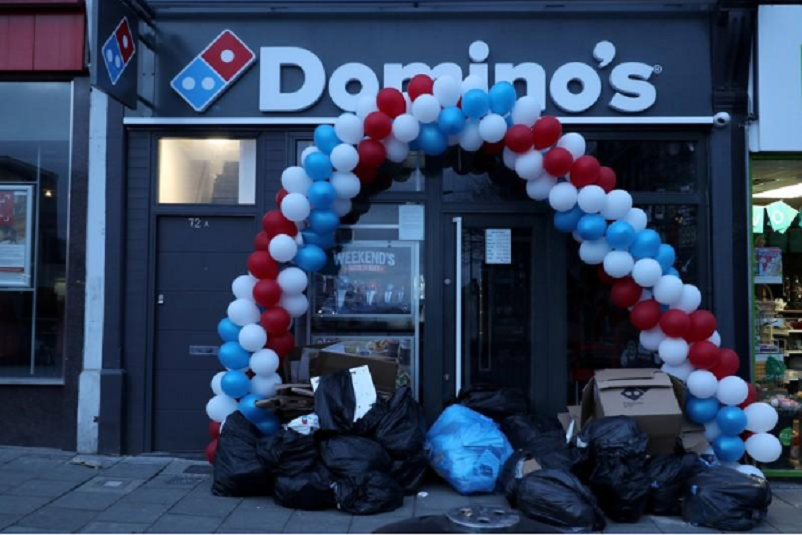 Domino’s Pizza announced the retirement of Chief Executive Officer David Wild on Tuesday and said it was in talks with its franchisees to resolve a row over profit sharing, sending its shares up as much as 8.6%. The company said a succession plan was underway, without giving further details, although Sky News had reported in late June that Domino’s was considering Andrew Rennie, the head of the European business at Domino’s Pizza Enterprises, for the role.

Domino’s had said in March it was considering replacing its CEO and chairman in the wake of the Financial Reporting Council’s revised corporate code that emphasises the need for boards to refresh themselves, become diverse and plan properly for replacing top jobs.

The departure of the 62-year-old Wild comes as Britain’s biggest pizza delivery chain struggles with mounting losses at its overseas operations, while trying to negotiate with disgruntled franchisees in the UK and Ireland over commercial terms.

“Whilst dialogue is continuing, new store openings are being delayed and some of our working practices are being impacted. The situation is complex, and we expect resolution will take some time, likely into 2020,” the company said.

The company has 63 franchisees in Britain and seven in Ireland, with two of the largest franchisees accounting for 39% of stores.

“The update today doesn’t bode well for a swift resolution with management saying they do not expect a settlement until 2020,” Markets.com analyst Neil Wilson said in a note.

Shares in the FTSE 250 company were up 2% at 238.4 pence as of 0909 GMT, having earlier surged to a high of 254 pence, with one trader attributing the rise to expectations of a quicker resolution with franchisees after Wild’s retirement.

Domino’s reported a 7.4% drop in half-year profit, hit by losses in its international business and higher interest costs due to a rise in net debt.

“The performance of our international business is very challenging and trading visibility remains limited. The weakest performance was in Norway, although we also saw increasing losses in Sweden and Switzerland,” Wild said in a statement.

As part of its plans to cope with Britain’s departure from the European Union, the company said it had increased its inventory levels by 7 million pounds. It added that there were no stock buybacks planned for the rest of the year.

KATHMANDU, July 23: Orthopedic surgeon Dr Govinda KC, who is on a fast-unto-death since the last 13 days, may need... Read More...