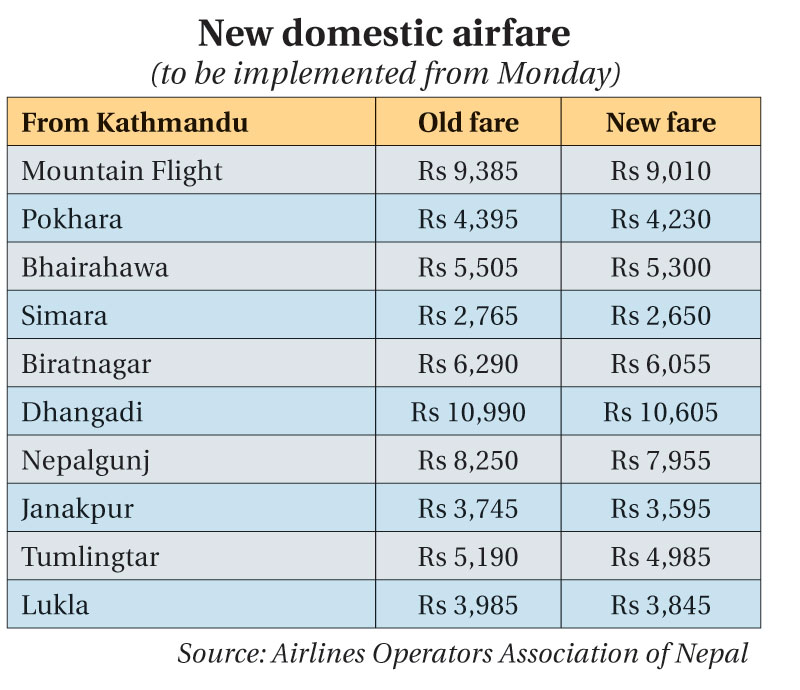 A meeting of Airlines Operators Association of Nepal (AOAN), the umbrella organization of domestic airlines held on Sunday, decided to lower airfare by a maximum of Rs 385 depending on routes.

“We have reduced airfare for different sectors following reduction in price of ATF by NOC. The new airfare will come into effect from Monday,” Ghanashyam Acharya, spokesperson of AOAN, said. “We believe that reduction in airfare will provide relief to passengers.”

KATHMANDU, Aug 21: Domestic airlines are cashing in on the poor state of Mulging-Narayanghat road as more people prefer to fly... Read More...