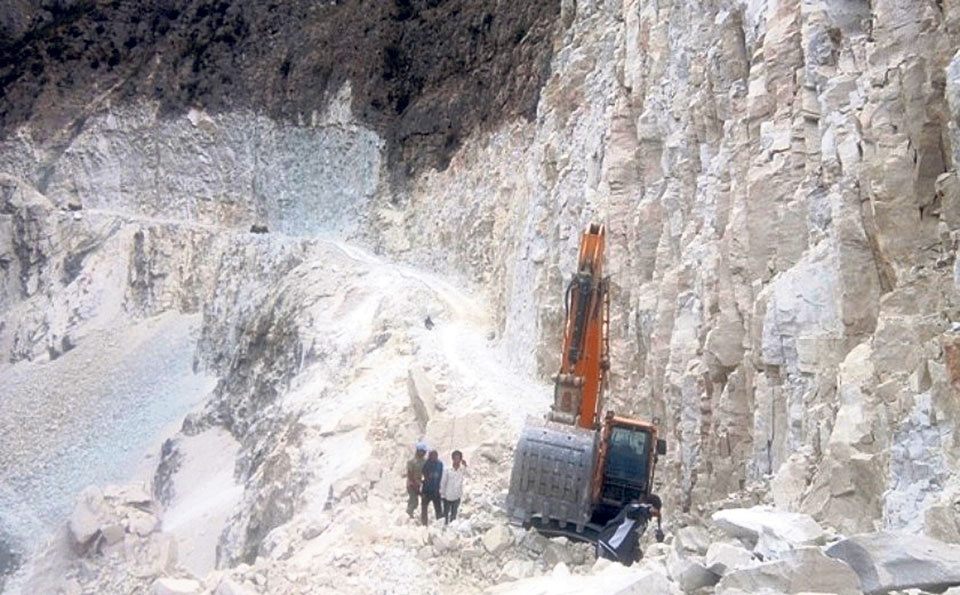 KATHMANDU, Nov 18: Dunai, the headquarters of Dolpa, a trans-Himalayan district, has been connected to the national road network, thanks to the tireless efforts by the Nepal Army.

The Nepal Army has opened the track of the 103 kilometres road from Pasagadh in Jajarkot to Supani of Tripurasundari in Dolpa connecting the Dolpa district to the national road network. With this, the headquarters of all 76 districts except Humla have been connected to the national road network. The track of the 14-kilometre Supani to Dunai section of the 103-kilometres road had been opened with the investment by the local bodies and the MP’s constituency development fund.

The North-South highway with strategic value also contributes to connectivity between Marimla of Tibet Autonomous Region of People’s Republic of China and Rupaidiya of India.

It is believed that expansion of the road connectivity to Dolpa, the largest district of the country in Karnali province fill of natural beauty and diversity, will transform the pace of development in the province.

Construction of this road will also contribute greatly to promoting and expanding tourism in Dolpa district including in the famous Shey-Phoksundo lake and national park.

Nepal Army has stated that the highway linking Jajarkot, Rukum and Dolpa has been constructed as per the ‘feeder road’ concept. The operation of the road will increase the market access to various products grown in Dolpa district including the valuable herbal medicines. The produce exported from the district will also get decent price.

Although the Army is required to hand over the road to the government after opening its track, the locals have been demanding that the work of expanding the road further and its improvement should be given to the Army itself.

Among the roads constructed by the Nepal Army include the 28 kilometres long Hile-Leguwaghat road, the 88-kilometre Katari Okhaldhunga road, the 65-kilometre Kanti Highway, the 105-kilometre Trishuli-Somdang road and the 36-kilomtre Gorkha-Manakamana road.

Among other big road projects being constructed by the Army at present include the 120 kilomtres long Benighat-Arughat-Larke Bhanjyang road, the 76-kilometre Kaligandaki Corridor and 145-kilometre Karnali Corridor.

The construction of the Jajarkot-Dolpa road adds 103 kilometres to the overall length of the roads constructed by the Army so far.

DOLPA, Aug 21: A dream seen by many Dolpa residents is 500 meters away from being realized: Dolpa being connected... Read More...

Fire breaks out in Fusre of Dharan
32 minutes ago