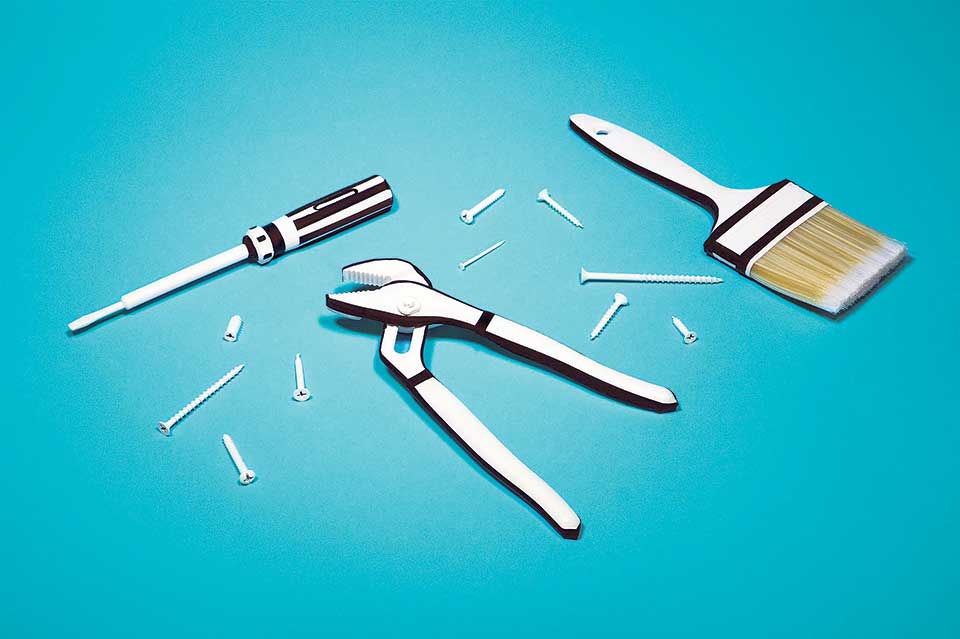 In the movie Loot, the character ‘Haku Kale’ played by Saugat Malla often describes Kathmandu as ‘Gidda Gidda ko sahar’ – which roughly translates into a city of vultures. If you have ever had any small-scale construction or general maintenance work done in your house in Kathmandu, you will probably find his description very appropriate. Over the past year, I’ve had the misfortune of dealing with all types of contractors and tradesmen from aluminium workers to carpenters, masons, electricians, plumbers and many more in the course of carrying out maintenance work at my home. As might be expected, every one of these dealings has been a nightmare.

My elderly colleague once told me that following up and running around after contractors and tradesmen is the sort of thing you would wish on your worst enemy. And it is. Because apart from the general tardiness and hassle – the promises to start work at 11 in the morning and turning up at 1, leaving work incomplete – the entire exercise just seems like daylight robbery. Everything seems to be calculated in multiples of five hundred rupees. A plumber has a look at our pipes, the electrician tapes a few wires together, the carpenter hammers a few nails – that will be five hundred rupees please. Just like that!

Whatever happened to the good old hundred rupee note? I will tell you what. It’s only good enough for eating momos. Even then you need two of them in most places. The five hundred rupee note goes pretty far everywhere else in the country except here in Kathmandu. For comparison, my father who is a practising doctor in Makwanpur still charges two hundred and fifty for a patient. After parting with his money the other day, my father made a vague comment about having chosen the wrong profession. I think he was only half joking about the whole thing.

So, at one point of time – given all these extortionate charges – I was in actual danger of becoming self-reliant. If only I had some grounding in this type of practical work because every time I have tried to be Mr Handyman I have ended up with my fair share of electrical shocks or made a leaking tap even leakier – if that is even possible.

Which brings me to the concept of Do-It- Yourself (DIY) which is pretty big in the West. Over there, you can buy specialized stuff from stores like Home Depot and Radio Shack and proceed to make or put things together without any professional help. That DIY culture is missing in our part of the world. You would think that the difficulties of urban working life in Kathmandu would necessitate a little bit of DIY – but it strangely doesn’t. I’m not talking about the minor stuff like changing a lightbulb or taking out a screw – just the type of work that requires you to go through kind of ordeals alluded to above.
A lot of it has to do with culture, I suppose. Historically, specific tasks, occupations and professions have been the preserve of certain castes or sections of society which probably didn’t do a lot to help us develop our skills. It also boils down to compulsion and resourcefulness – I think it’s fair to say that people with higher education and on a higher income scale are more likely to rely on professional assistance. After my second electrocution I found myself thinking – I guess I make enough money to avoid being electrocuted inside my own home. As a result, I now rely exclusively on our local ‘Bhaiyya ji’ whose services are not only steep but require no small amount of cajoling. I have spent less time wooing my wife if I’m honest.

Also, the entire point of getting rich is having someone else do your jobs for you – or that’s what we seem to think. We don’t tend to treat DIY like a hobby or even a curiosity – just some work that is beneath us. A friend made a valid point the other day when he said that he’s lost track of the number of rich guys who buy a ‘drivers car’ only to spend their entire lives in the backseat being driven around.

A DIY culture might start to seep in now that small scale work and maintenance start to become not only expensive but infuriating too. The one upshot of this absence of a DIY culture is that a lot of people get employed in these ‘services’ which I guess is a good thing for our country. However, in the near future we might need to start becoming handy with those tools apparently because it’s going to be harder to obtain the services of these handymen as there is so much work to go around in Kathmandu and supply simply cannot keep up with demand. At least this is what my plumber told me. Right before he asked me for five hundred rupees.

The government must look to build medium and large power projects to meet internal demand on its own ... Read More...

It is difficult to run hotels according to the prevailing policy: HAN
23 minutes ago