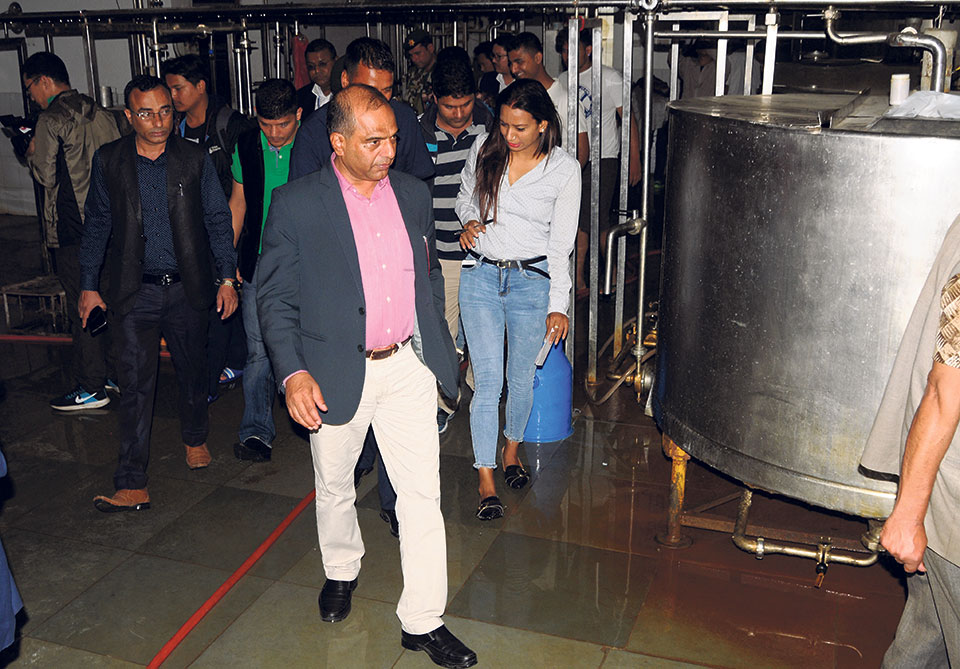 KATHMANDU, July 24: The Department of Food Technology and Quality Control (DoFTQC) has not yet taken any action against dairy producers even though it has been almost a months since harmful chemicals were found in samples of packaged milk produced by them.

The Ministry of Agriculture, Land Management and Cooperatives had inspected dairy producers in Kathmandu Valley and sent samples collected from those produces for lab test. Lab test found coliform bacteria present in most of the samples.

Officials of the department say that investigation against the dairy firms is still underway. Purnachandra Wasti, senior food researcher of DoFTQC, said that the department was recording statements of dairy producers. “We are currently recording statements of authorized representatives of dairy producers which were found sending bacteria-laced package milk to the market,” he said, adding: “We will take decision only after the investigation is completed.”

According to Wasti, the department will filed case against the wrong-doing dairy firms as per the Food Act.

After receiving several complaints from consumers, the ministry had inspected dairy industries inside the Kathmandu valley about a month ago. Minister for Agriculture, Land Management and Cooperatives Chakra Pani Khanal himself had led the inspection.

The inspection team had collected samples of 45 brands of packaged milk produced by 25 companies. According to the department, 17 samples lacked fat, while it found presence of harmful soda (neutralizer) in 40 brands.

Similarly, microbiological test of samples conducted by DoFTQC showed that coliform bacteria was present in 33 of the tested 36 samples.

After receiving the lab report, the ministry had directed dairy producers to strictly follow the guidelines on hygienic production and only send products fit for human consumption to the market.

School operators demand stern action against those behind bomb scare

KATHMANDU, Sept 20: Private school operators have demanded with the government to take action against those involved in the bomb... Read More...

84% youth suffering from anxiety due to COVID-19: Survey
5 hours ago