#Medicines versus our bodies

Do we really need to depend on medicines all the time? 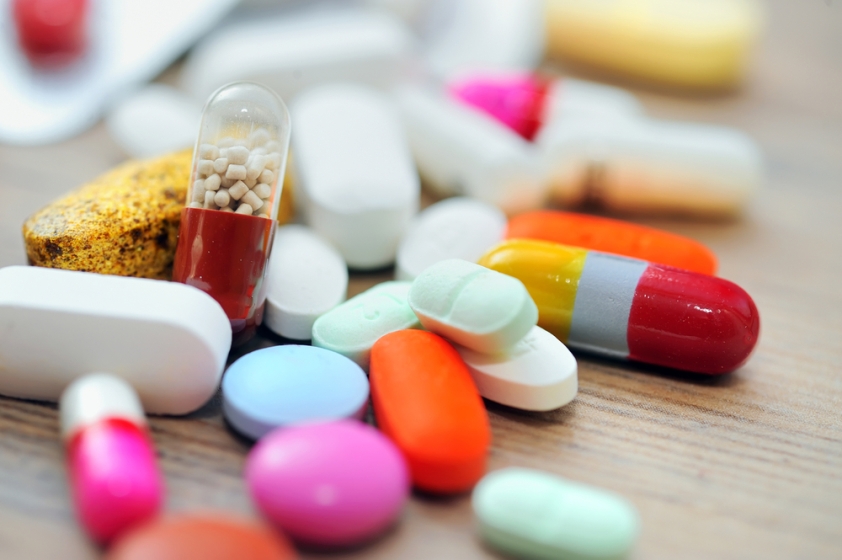 It is common for an average person to take paracetamol when he/she is having a fever, bothering the busy schedule ahead. How many times do we take sinex or disprin when we are having a cold or headache? I have also seen many girls take painkillers such as aspirin to relieve their pain during the menstrual cycle. Medicines are saviours, but aren't the medicines 'drugs' as well, only having a label of 'pharmaceutical' in front of them? If the word 'drug' has such a bad connotation in our society, why does a 'pharmaceutical drug' hold an exception?

It is true that pharmaceutical drugs provide the benefit of easing the discomfort and diseases that one faces as a drawback of being a living organism. But is it absolutely necessary to ingest those medicines when nature itself gives our bodies the capacity to accomplish this task? If being a living being comes with the disadvantage of suffering from various types of diseases, so do they have the privilege of an immune system. Many times, when the capacity of the immune system becomes full is when we were supposed to take medicines for their support, in the supervision of an authorised health service provider. But nowadays they are taken so frequently, mostly without supervision, that it seems like medicines are the rulers of the body. From where has such trust been built?

These medicines are eventually drugs, no matter how much benefit they provide us. Most importantly, the benefits are not long-term. They may provide relief to our bodies immediately. But in the long run, decrease/degrade our body's natural ability to fight diseases. The effect of a drug is simple; if we take them, we need to keep taking them. Our bodies become lazy to act up themselves for fighting the diseases, rather than let the drugs do it. So, unless necessary, why weaken our naturally healthy immune system? Is it worth spending our money for immediate relief?

For the majority of people, the answer is yes. What are the reasons behind such dependencies and blind trust of people on medicines? Firstly, they make our lives easier by easing us of what we are suffering in much quicker time than natural remedies. They are ones to rely on when our bodies feel helpless. Medicine is that invention which has turned the tables of life and death! And secondly, they are easily available in any drug store. Some need a doctor's prescription, while some can be taken without any.Unethical doctors and health institutes are also to be blamed. According to PLOS medicine (2005), doctors in Nepal have started to become targets for the pharmaceutical industry's promotional activities and that they are misusing their power to prescribe medicines at a stroke of their pen.

While some of the medicines may prove to be miraculous, just as the way people nowadays think, some medicines are so dangerous, they may do the opposite! Painkillers can permanently damage your liver; antibiotics can change the function of hormones and cause dehydration and many tablets can be life threatening if taken even a milligram greater than prescribed. The scariest one so far is that some can even suppress what our bodies are going through!

There is a case where a person with severe pain around the area of the lower abdomen avoided visiting a doctor for proper medical treatment. They instead relied on pain killers as it eased them from pain. The painkiller did give them relief, but it was a temporary relief as well as a solution to the body. Turns out they had been suffering from a tumour inside the stomach that the painkillers could obviously not wash away. Instead, the tumour was worse due to delay in treatment. The reason behind why the person did not go to the doctor and instead was suppressing the pain with pain killers is still not clear. However, it sets an example of how medicines are making us careless towards our bodies, how they hide and suppress the suffering of the body.

Despite this, the trend has been not to consult doctors and take them. Especially ones which are considered 'common'. For example, D-cold and Ibuprofen. Also, the pharmacies around are selling them without the consultation of authorities. According to Statista (March 9, 2021), total pharmaceutical sales in the United States was estimated to reach around 514 billion U.S dollars. In Nepal, it is estimated that the demand for medicines will reach 1.65 tonnes annually by 2024-25.According to Apil R Bohara, the national drug survey conducted in 2012 revealed that there were 91,534 hard drug users in the country. It is also mentioned that many drug abusers are addicted to pharmaceutical drugs, the main reason being its easy availability and access. It is further mentioned that even pharmacists can sometimes be unaware that a certain medicine can be misused as a drug. The risks get even enormous if we start listing.

The irony is that by the word 'drugs' our society is so allergic and what pharmaceutical' is presented before the word, it is so normal, rather supreme! An average person would pray them by next few years! The development of technology and invention and manufacturing of pharmaceutical drugs are truly blessing for the human world, but beginning to dominate over their lives. With the advancement of technology, there definitely comes drawbacks and one of them is too much dependency on them. Have we lost trust from our bodies?Are we not taking real care of our bodies by leaving it all to the medicines?

Some of the measures that can be taken is the regulation on the production and distribution of the medicines. Increasing taxes for these can help reduce the sale and purchase by a significant amount. Only those medicines that are of absolute necessity must be supplied and to the right people. Also, we should consult and purchase only from authorised people. There are growing numbers of health service providers and institutes. The government should check for their authenticity. But above all of these, the remote control of the body lies with none other than the owners of the body.

Recently, I came across an essay byDavidLeonhardt in the course of my academics. The essay was related to the burning issue of obesity in America. The writer's main argument revolved around today's lifestyle which has led citizens to shift responsibility of their health on other bodies like health facilitators or the government, due to which the ones who have the secondary responsibilities (primary responsibility being of the citizens) have to intervene. I cannot agree less!

In today's world it is impossible to imagine life without medicines, but we can definitely cut down their usage. All we need is to do is invest some time and effort from our busy schedule in taking care of our bodies and getting our facts right about pharmaceutical drugs, instead of investing money on them. When we give ourselves time and effort, we can opt for alternatives like having nutritious food that boost immunity. Citrus fruits like lime and oranges are a rich source of vitamin C, herbs like tulsi(basil) helps in relieving fever and headache, turmeric naturally has antibacterial properties. Spending time exercising, relaxing, and doing recreational activities also make a difference. Proper rest and sleep are one of the natural and the healthiest ways of fighting diseases. A little time and effort are all it takes, and we soon can realise that our bodies are well-off without medicines.

Originally, pharmaceutical drugs were supposed to be taken only when absolutely necessary. Why not maintain the idea? Why gain a long-term disadvantage of weak immune for an immediate gratification of relief? When the majority of our activities revolve around a better future ahead (for example, studying, saving money etc), why is it opposite in this case?

Two scientists who discovered how to fight cancer using the body's immune system have won the 2018 Nobel Prize for... Read More...

One of the ways through which the state makes its presence felt among general public is by standing by them... Read More...