Distributive Justice in a Plot of Land 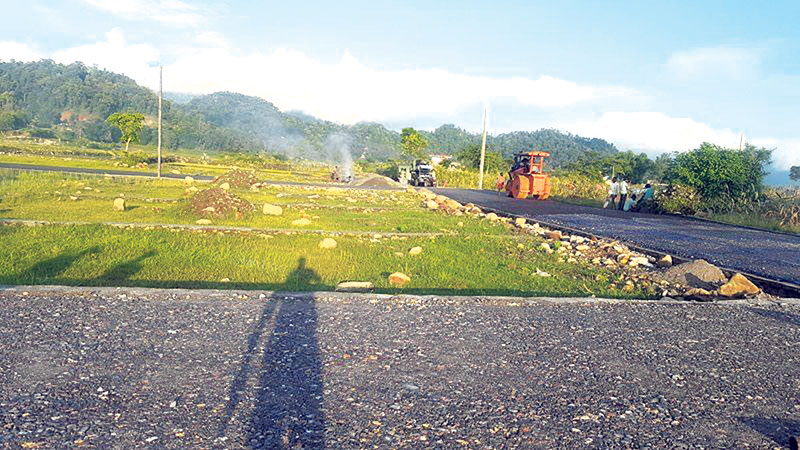 By developing residential community areas near the economic zones, the government could ensure the realization of the constitutional provision of creating a just society by levelling the playing field with fair access to jobs and educational opportunities for the landless. Distributing public land plots to the disadvantaged is not a permanent solution.

The dissolution of the Land-related Problems Resolution Commission formed in 2019 by the present government has, once again, brought to the fore the debate of its utility. Many have cast doubt over the intention behind its formation - to gain political mileage - rather than seeking a permanent solution to the landless problem.

The political parties of Nepal, irrespective of their ideological divide from social democrats to hardcore communists, have categorically promised in their political manifestos that they would distribute the public land to the landless peasants once they are elected to power. In line with their declared ideological stands, the parties have been persistently seeking and trying to pursue a pro-landless policy that supports the peasants by distributing ownership certificates of public land.

It seems that the parties are less likely bothered to think of the rationality of the policy conundrum and its consequences thereafter. Despite knowing that the landless problem is a perennial one, the political parties want to carry it forward for their electoral gain through securing their vote banks. The paradox of the problem is that neither the existing area of the country can be enlarged nor the number of the landless people can be scaled down to zero. Distribution of public land to these landless people is meant to compromise the available uncultivated community public land, river banks or forest lands which itself is vulnerable environmentally and ecologically.

There have been millions of landless people in the country and distributing land to them has become a major political slogan of the left parties since the political change in Nepal. As this has become a political strategy to gain support of the peasants, it has always remained as a bone of contention to implement the land distribution policy with free hands, since communists-led governments prefer to play selectively on their part, benefiting the loyalists and cadres.

While only about 15 percent of the country’s land is arable and the rest is said to be covered by mountains and rugged terrains unsuitable for human inhabitation, these less fortunate people, who because of different reasons became landless, find convenience for their resettlement on the embankments of the rivers, open spaces in community forests, open public place near marketplaces or city centres etc. These unfortunate people choose such places near marketplaces in the hope of finding means of livelihoods or earnings for their survival through daily wage work, or running small businesses or any other means.

The secondary pressing issue in this regard is that the clustering of landless and squatters’ settlements in the crowded areas near city centres are encouraged by the local political leaders for two reasons; one is allowing landholding for their cadres and the second is giving protection to the misfortunates, poor and helpless.

We have seen a number of thatched, mud houses, and even some brick houses erected on the banks of the Bagmati River in Kathmandu, Rapti River in Hetauda, and community forests in east Chitwan and Bharatpur. Many of those who claim themselves to be landless peasants have land in other places in the name of their relatives or family members. Among them, those who have easy access to the leaders and have business connections, are holding a large chunk of land with the belief that someday in near future their party leaders would help them get ownership certificates of those pieces of land.

According to recent information released by the Commission, it has signed agreements with 447 local units where 247,960 landless families and 922,801 informal settlers have already applied for land. What does this imply? It is just the tip of the iceberg. The number may go up to millions once the distribution of land ownership certificates starts.

There are no differing opinions with regard to offering land to Dalits in accordance with the Constitution of Nepal. But the apprehension is that the constitutional provision may be misused to favor the cadres of certain parties and advantaged groups of the community.

The constitution of Nepal envisages to build an egalitarian society by ensuring social justice, which means to compensate those unfortunate, who have endured social injustice, discrimination and harsh realities of life, those who have faced social stigma for generations, through affirmative actions. In this process, the government has the constitutional obligation to make Dalits of Nepal entitled to land ownership as well.

The “lucky egalitarians” argue that a just society should compensate people for bad luck of all kinds- being born poor, disabled, or with meagre talents, or suffering accidents and misfortune in the course of life. But the state is not bound to compensate those who become ‘unlucky’ by their own deeds and wrong choices. For example, a losing gambler having chosen to bear the risks deserves no help from the state. Based on this assumption, our constitution made an obligatory provision to compensate the victims of circumstances beyond their control.

But the crux of the problem is that the major political parties are making this a political agenda for securing their vote banks, perpetuating the problems. The numbers would be increasing every year, not because of circumstantial victimhood but because of economic reasons tied with the market. In such a context, is it possible that the government take on board all the landless and homeless people all the time as landless peasants and distribute plots of free public land as a compensation for their misfortune?

There is no denying that there exists the problem of landless people and this problem has to be sorted out finding a reliable means for ever. The government instead of directly distributing land plots to the landless peasants, should have pursued a policy of developing residential community buildings, as seen in socialist countries, with all public amenities in one place.

By developing residential community areas near the economic zones, the government could ensure the realization of constitutional provision of creating a just society by levelling the playing field with fair access to jobs and educational opportunities. Distributing the public land plot to the disadvantaged is not a permanent solution.

If proposed high-level political mechanism provides the space for concluding remaining tasks of peace and justice, we need to support... Read More...