KATHMANDU, June 10: Kathmandu Valley residents, who got some respite by the supply of ‘Melamchi water’, will not be receiving water supply from the project for around two months beginning June 15.

Issuing a public notice on Thursday, the Melamchi Drinking Development Committee (MDDC) said it will have to halt the water supply temporarily to carry out the technical assessment of the tunnel that spans from Melamchi area in Sindhupalchowk to Sundarijal in Kathmandu. According to the committee, it will take around two months to complete the entire testing of the tunnel.

Melamchi water supply has been providing some respite to the residents in Kathmandu Valley who faced acute shortage of drinking water. The long-awaited project that witnessed completion of its construction in three decades started supplying water through the main distribution system some two months ago.

For the testing of the tunnel, the structure will have to be filled with water in pressurized condition, following which an inspection will have to be carried out by emptying the tunnel. It will take an estimated 16 days to empty the tunnel, according to the MDDC. “The rest of the prescribed time period will be utilized for necessary maintenance of the tunnel and refilling it with water. During this period, the people in Kathmandu Valley will not be receiving water from the Melamchi River,” reads the notice issued by the MDDC.

The committee has also asked people not to visit banks of the Bagmati River during the period, stating that the water level in the river might swell as the siphoned water from the tunnel will be released into the river. 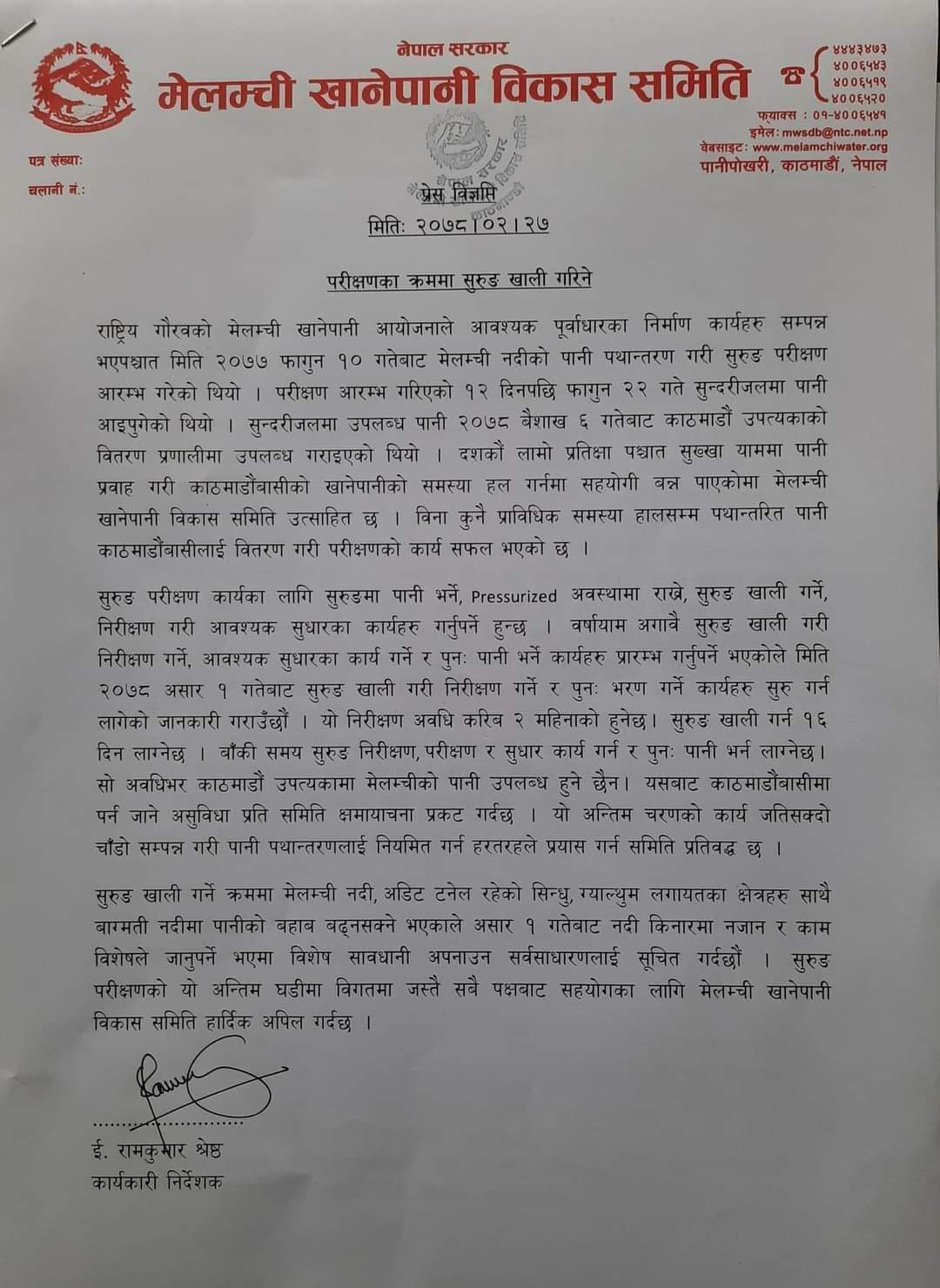 Distribution of Melamchi water speeds up in Kathmandu Valley

80,000 taps in the Valley getting Melamchi Drinking Water starting Sunday

“No technical errors in the tunnel have been reported so far.” ... Read More...