The man in the plastic mask 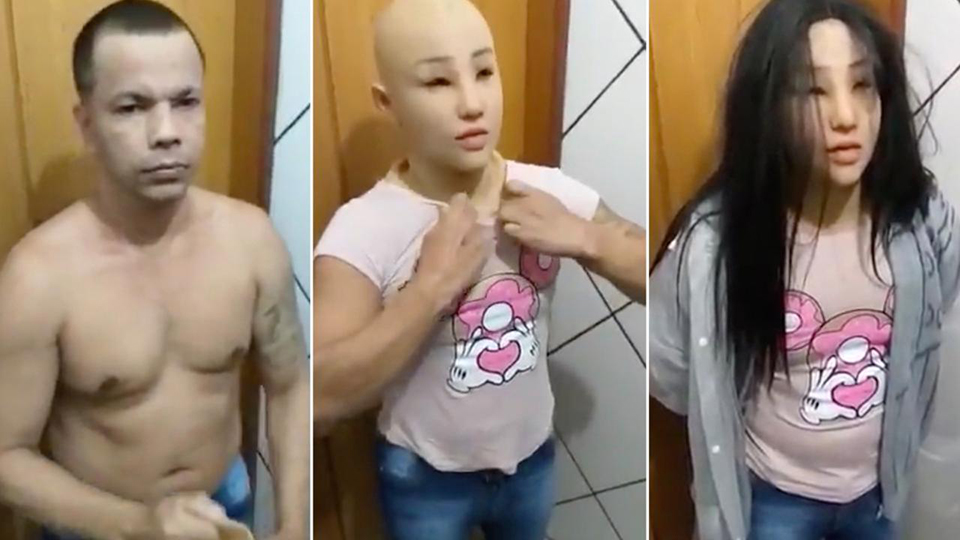 RIO DE JANEIRO, Aug 5: A masked Rio de Janeiro inmate dressed as a woman tried to break out of a Brazilian jail this weekend, in a surreal act of derring-do, only to be thwarted on the cusp of freedom by state prison authorities.

Clauvino da Silva, a drug dealer from the city of Angra dos Reis, was caught by prison guards at the Bangu jail complex in Rio state on Saturday, as he tried to exit via the front door after visiting hours. The Rio state prison authority said his plan was to leave his daughter inside the prison in his place.

In a video released by prison authorities, he is seen wearing an eerie plastic mask, a long black wig, glasses and women’s clothes, including a bra. As prison officials make him take off his elaborate disguise, he eventually appears in the flesh, wearing a sullen expression.

Rio’s prison authority said his daughter and seven other people were arrested on suspicion of having tried to help him escape. Silva, meanwhile, was moved to the Laércio da Costa Pelegrino jail unit, and will face punishment, it added.

Brazil’s prisons have become a major headache for new President Jair Bolsonaro, who has vowed to crack down on years of growing crime and violence. Last week, at least 57 people died after a prison riot broke out in the northern state of Para. More than a dozen were decapitated.

Brazil’s incarcerated population has surged eight-fold in three decades to around 750,000 inmates, the world’s third-highest tally. Prison gangs originally formed to protect inmates and advocate for better conditions, but have come to wield vast power that reaches far beyond prison walls.

The gangs have been linked to bank heists, drug trafficking and gun-running, with jailed kingpins presiding over criminal empires via smuggled cellphones.

BRUMADINHO, Feb 2: A week after the collapse of a mining dam in the Brazilian state of Minas Gerais, dozens... Read More...

Cabinet will get full shape today: Dahal
4 hours ago