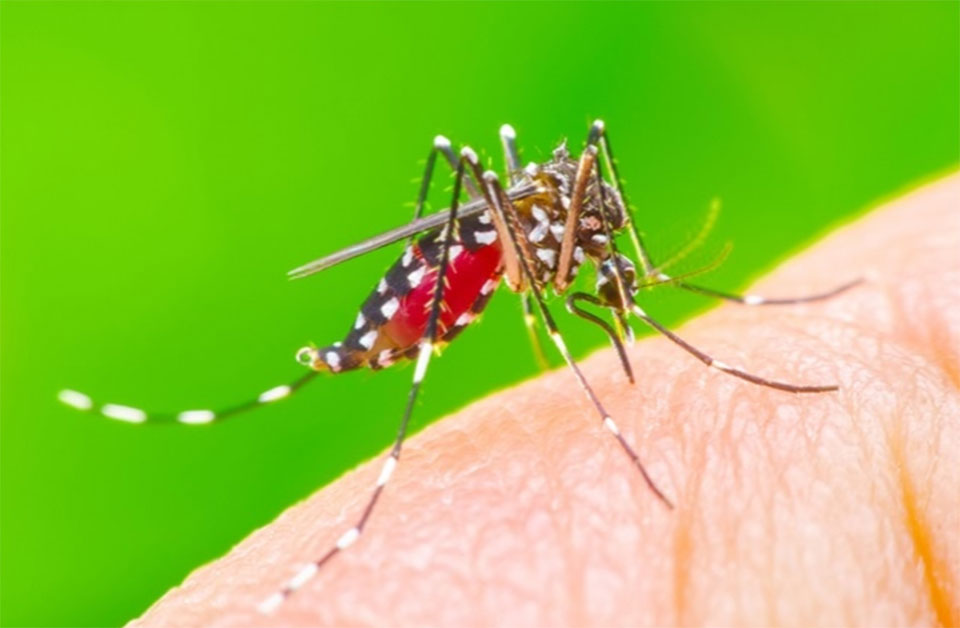 Is it possible to make mosquitoes essentially go on a “diet”? Researchers of a new study find how diet drugs could stop mosquito bites.

It is known that mosquitoes feed on blood, and they are particularly attracted to human blood because it contains the protein they need to lay eggs. After they feed and are full, their desire for blood plummets, and they typically do not feed again for several days.

In humans, Neuropeptide-Y receptors (NPY) receptors regulate food intake, and there are anti-obesity drugs that were developed to activate or inhibit them. To see how such types of drugs might affect NPY in mosquitoes, researchers conducted an experiment.

In the experiment, they fed mosquitoes with a saline solution with the drugs that activate NPY receptors in humans and observed how the mosquitoes’ willingness to fly toward a stocking that was worn long enough to absorb human scents dropped, as though they just had a big meal. On the other hand, the mosquitoes that were fed with the saline solution with the drugs that inhibit NPY receptors behaved as if they hadn’t even eaten at all.

The team then cloned 49 neuropeptide receptors and exposed them to the compounds to see exactly which one was responding to it and found that only NPYLR7 responded to the human drugs. Then in their search for molecules that could activate NPYLR7 without affecting humans, the researchers tested 250,000 candidates and found that what they called “compound 18” was able to suppress the mosquitoes’ appetites with no off-target effects.

To test this, researchers exposed the mosquitoes to a mouse and found that those who were given compound 18 behaved as though they just had a full meal.

The researchers’ strategy could be vastly helpful in vector control and the prevention of mosquito-borne diseases. Hopefully, they would soon be able to determine exactly where the insects produce NPYLR7 in their bodies and how compound 18 can be delivered in the wild.

That said, the researchers focused on the Aedes aegypti species, and there are still other mosquito species and insects that can spread diseases. It is possible, though, that the same compound may suppress their appetites as well.

The study is published in the journal Cell.

June 1: A genetically modified fungus wiped out malaria-carrying mosquitoes in a month and a half, in trials in West... Read More...

Feb 8: Researchers have found a way to reduce the blood thirst of mosquitoes and prevent mosquito bites and spread... Read More...

Residents of Nabhi, Gunji and Kuti used to pay land revenue to Nepal until 2035 BS
27 minutes ago