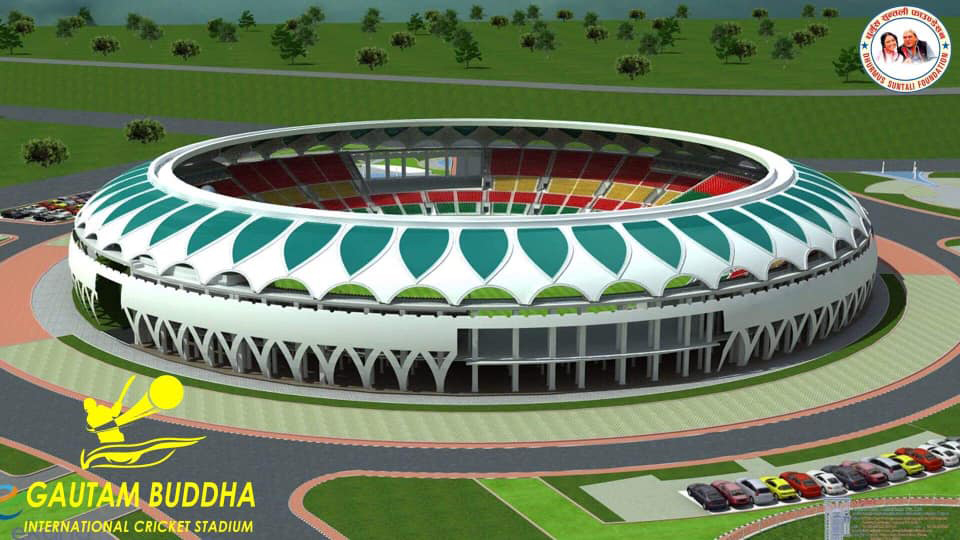 KATHMANDU, May 30: The Dhurmus-Suntali Foundation has suspended its work to construct a multi-purpose international cricket stadium in Bharatpur Metropolitan City in Chitwan.

In a press statement on Wednesday, the foundation led by actors Sitaram Kattel (Dhurmus) and Kunjana Ghimire (Suntali) said it was forced to suspend the construction works following series of threats from some local groups.

The project construction has been halted after the local groups came out putting forth unnecessary demands; the organization said adding that it will not be able to go ahead for the project unless the conducive environment is made for the same. The foundation, in the statement, said that its staffers were given threats by the local groups with various unjustified demands.

Here is the press statement : 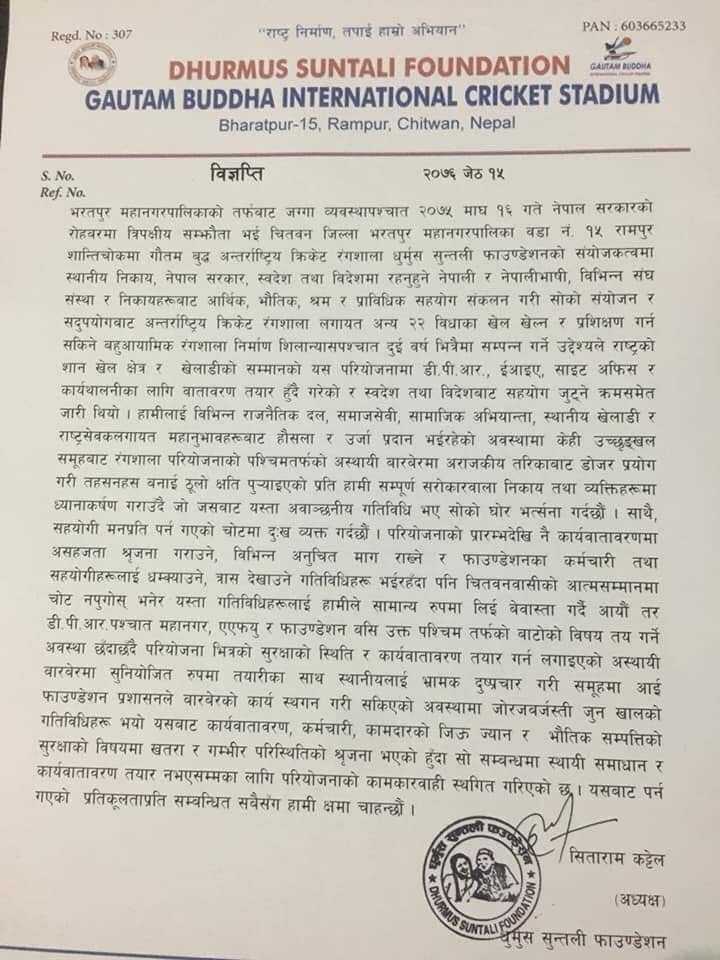 In January this year, the two comedians at a function said that the Gautam Buddha International Cricket Stadium will be built at the cost of around Rs 3 billion amid a function in Kathmandu. An agreement on land acquisition was signed between the foundation and the Bharatpur Metropolitan City on January 19.

According to the plan, the cricket stadium will be built across 20 bigha and six katthas (13.75 hectares) of land.

During the program, Prime Minister KP Sharma Oli had expressed his commitment to support the project.

Mayor Dahal, who played an important role in providing land for the construction of the stadium, had also promised to leave no stone unturned to complete the construction within the set deadline.

The stadium would also have two separate practice grounds, as per the plan.

Likewise, the project would have a cricket academy and a ground for football, a swimming pool, and basketball, volleyball, tennis, and dandi-biyo courts, according to the plan.

Brazil passes half a million COVID-19 deaths, experts warn of worse ahead
9 hours ago