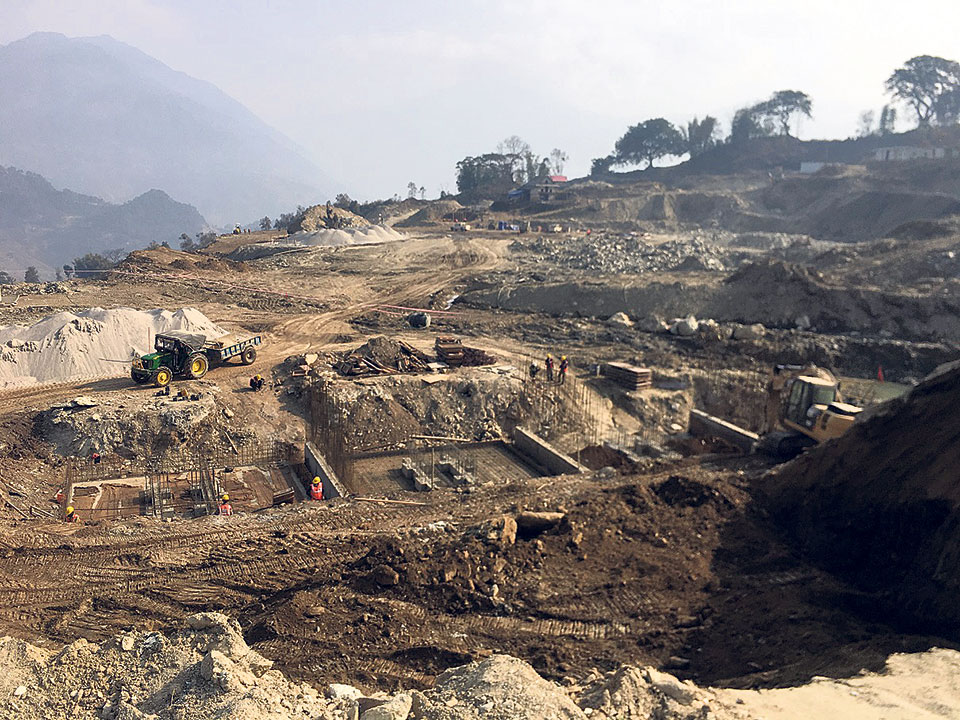 The construction of the electric sub-station is compulsory to integrate the produced electricity and to transfer it for continuous distribution. According to Ranjit Miya, site in charge of KEC International, the work of constructing the building, filling, installing transformers and base works are going on. Miya informed that, on a daily basis 86 workers are involved in the construction work. Out of 86 workers, 32 workers are Nepali and the rest are Indians.

According to KEC International, the electric sub-station is constructed in 500 ropani of land and the total cost of the project is Rs 3.84 billion. According to Miya, transferring the transformer to the under-construction sub-station requires a lot of manpower and is a tough task. “The transformer will be brought from Mechi highway to Taplejung headquarters and from that point it will be brought to sub-the station construction area, which in itself is a big challenge,” said Miya.

The construction company has opened the track from Tellabung of Dhunge Sanghu. According to Miya, increasing the narrow track and upgrading it for transportation of vehicles was also completed by the construction company. The electricity produced from Sanima Middle Tamor Hydropower Project which has 73-megawatt capacity, Tamor-Mewa Hydropower Project which has 128 megawatts and electricity produced from various hydropower projects will be integrated in the sub-station and then continuously distributed.