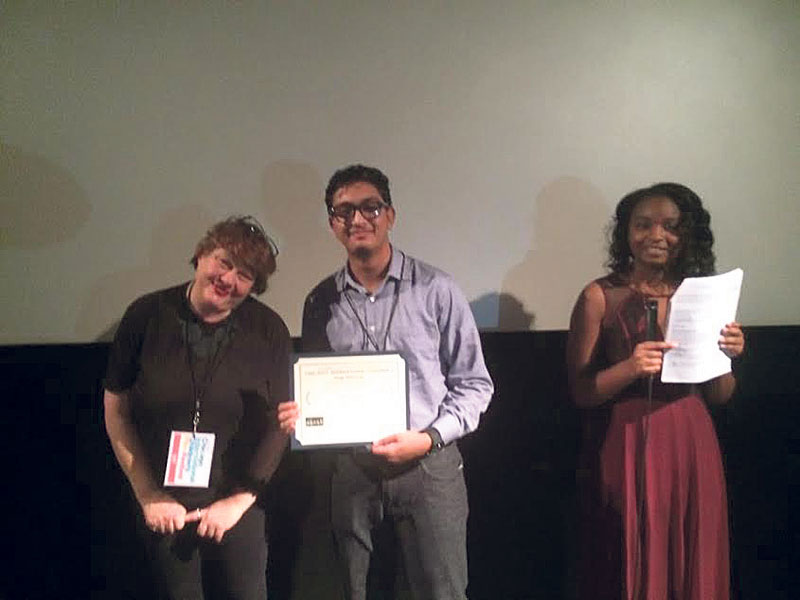 The 15-year old filmmaker Aditya Khadka poses for a picture after receiving second prize for his film ‘Dhartiputra’ at the CICFF on Saturday. (Photo Courtesy: Ramesh Khadka)

The film portrays the miraculous survival of four-month old, Sonis Awal who was rescued after being buried under his house for 22 hours following the devastating earthquakes in April 2015. The film mainly focuses on the emotions of Rasmeela (Soni’s mother) during those 22 hours and her feeling after her son was rescued. Of 289 films in competition in the festival, ‘Dhartiputra’ bagged second prize in young filmmaker category.

CICFF is the biggest film festival for children and youth in North America.

‘Dhartiputra’ was also screened in three other US festivals. It is also selected for Indie Wise Virtual Film Festival, 2016, which will be held in March 2017 in the US.

Nepal –America International Film Festival to be held in DC