Dharke-Sitapaila to be opened to ease traffic congestion 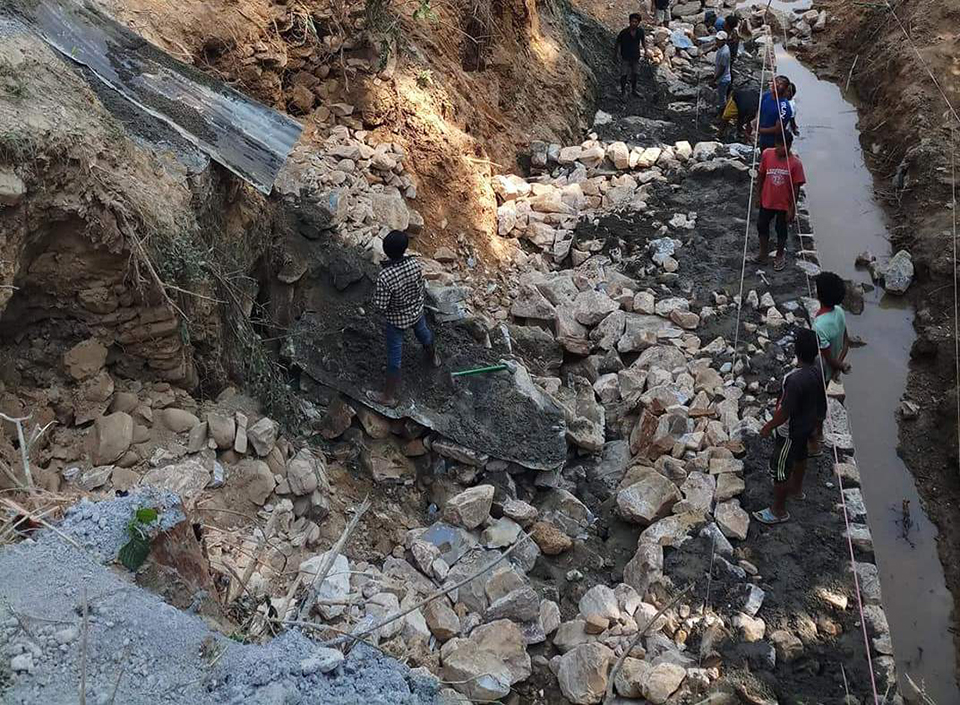 DHADING, Oct 1: In a bid to ease Dashain-induced traffic congestion along the Naubise-Nagdhunga road section, the authorities are making preparations to use Dharke-Sitapaila road as an alternative route.

More than half of the people living in the Valley will leave home for Dashain in the next few days. As most of the passengers will be exiting from the same route, there are high chances of traffic congestion.

Every day, passengers entering and leaving the Valley are obliged to queue in serpentine lines for at least four hours just to cross the 25-kilometer distance of Naubise-Nagdhunga road section. Considering that, the concerned authorities are holding discussions to open an alternative track that can offer great respite to the passengers.

After making a field visit of Dharke-Sitapaila road section, former minister as well as lawmaker Rajendra Pandey pressed the Road Division Office and police to start filling the potholes along the road to operate small vehicles. The alternative route of Dharke-Sitapaila is 23 kilometers while Dharke-Kalanki is 25 kilometers long. Bal Krishna Acharya, mayor of Dhunibesi Municipality, informed that water must be poured everyday in the alternative route to control dust.

"In case any vehicle gets halted due to breakdown along the Naubise-Nagdhunga road, there is no space to sideline the vehicles for repairing," said Acharya, adding, "The road will be choked with traffic if only three vehicles stop working or get stuck on the way."

According to experts, the Naubise-Nagdhunga road is very narrow and has many turnings since it was constructed a long time ago without considering the present-day traffic. This is the reason why there is so much traffic congestion here, say the experts.

Though this road was constructed with the aim of facilitating at least 1,000 vehicles, more than 10,000 vehicles ply the road at present. In order to control the traffic congestion, preparations are underway to prevent large and long-distance vehicles from plying through Dharke during daytime. However, they will be allowed to operate at night.

The authorities have urged the small vehicles to use Dharke-Sitapaila road section during Dashain.

With Dashain just around the corner, many people have started leaving the Valley for their hometowns while some people have started importing goods from outside the country to Kathmandu. This has resulted in immense traffic jam at Naubise-Nagdhunga road, which is the main entry point to the capital. Despite being aware about the hour-long traffic jams, people have no option but to travel through the same route.

According to traffic police, heavy cargo vehicles and trucks are the reason behind the congestion. The Metropolitan Traffic Police Division, Nagdhunga informed that traffic congestion has increased much more in a matter of weeks. Sometimes, people are stuck in traffic for more than 12 hours. It is impossible for the passenger buses to overtake cargo vehicles and trucks in the sharp turnings. Waiting in the queue is the only option.

CHITWAN, May 8: The Mugling-Narayanghat road section, which was blocked due to landslide, has come back into operation. The landslide... Read More...