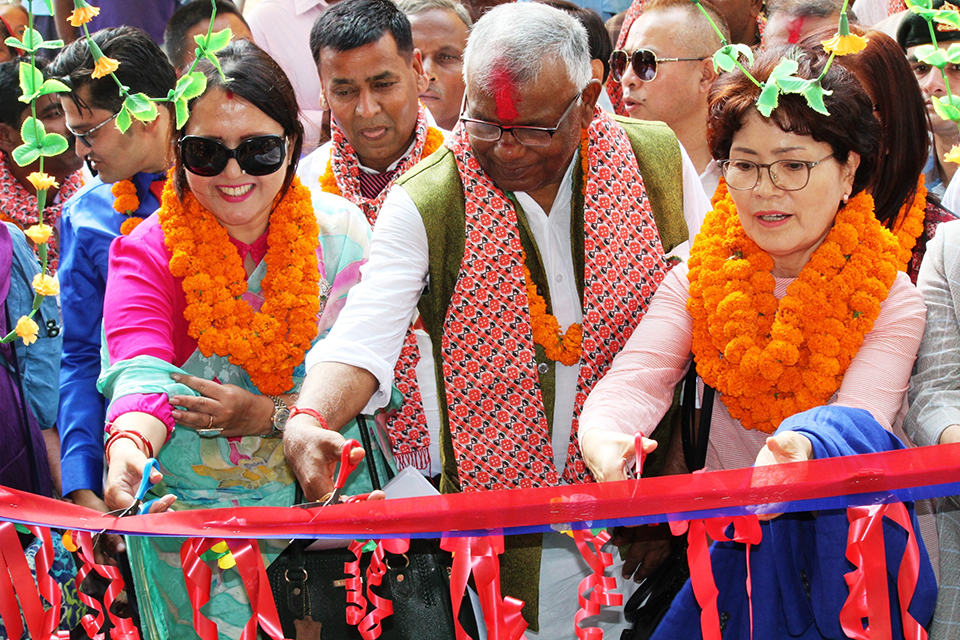 KATHMANDU, Oct 4: In an effort to strengthen the quality of education in rural areas, a new school building in Birendra Bazaar of Dhanusha district has been constructed with the support of a South Korean organization.

The building has 10 classrooms and is equipped with new built-in tables and benches made of iron. It took 14 months to complete the construction.

The building off to Shree Rastriya Secondary School was inaugurated on Wednesday by a delegation led by Young Sun Choi, president of the Women's Federation for World Peace (WWFP)-Korea.

A total of 672 students of the school would directly benefit from the project. This new school building is the third project of WFWP-Nepal. Under the project, the first building was built for Shree Balrampur Secondary School of Lumbini and inaugurated on January 5, 2016. Likewise, the second one was built for Borlang-based Shree Jageshwar Higher Secondary School in Gorkha and was inaugurated on March last year.

"Districts like Dhanusha have a long way to go when it comes to enrolling girls to school. Dropout rates in primary and secondary school are a huge concern. Many girls are still forced to spend time in kitchen and on the field, leaving no time for school, " Shova Gyawali, Director of Nepal Republic Media said.

The project has given emphasis to strengthening education in rural areas in line with the UN's Sustainable Development Goals.

School in Myagdi gets earthquake-resistant building

MYAGDI, Oct 22: The building of Muktimarga Higher Secondary School based in Ghar of Annapurna Municipality-6 has been reconstructed. ... Read More...

KATHMANDU, August 5: The quake-damaged Gokarna Secondary School at Gokarna in Kathmandu district, which has emerged as a model one... Read More...

Nepal records, 8,017 cases, 5,292 recoveries and 15 deaths on Thursday
23 hours ago
Govt warns of action against those posting photos, videos in social media platforms without consent
6 hours ago