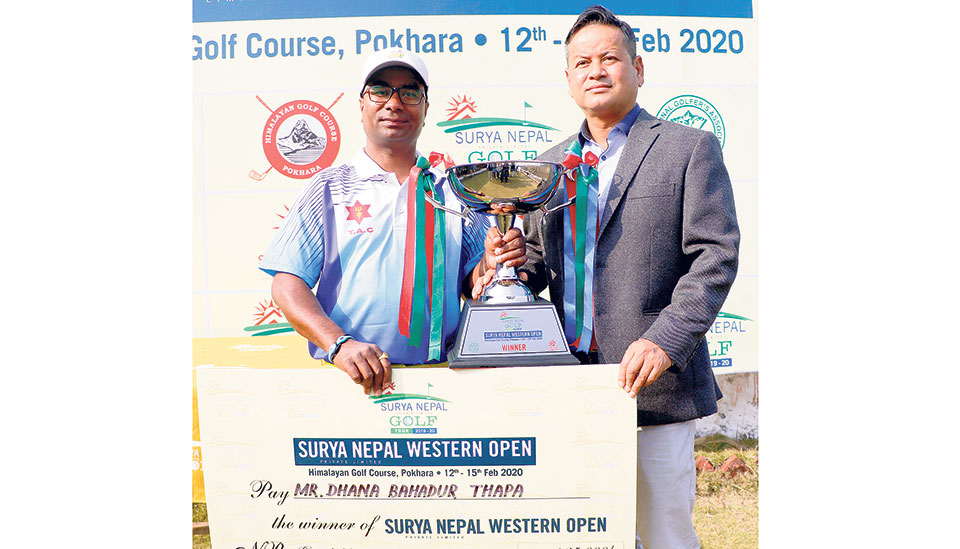 In the tournament played at the par-69 Himalayan Golf Course, Thapa carded two-under 67 for a total score of four-under 207 and registered a two-stroke victory over Shiva Ram Shrestha.

Thapa, who was three-stroke ahead of Shiva Ram, extended the lead to four-stroke after making birdie on third hole, but Shiva Ram came back strongly making birdies on fourth, fifth and seventh holes to close the deficit to one-stroke.

Niraj Tamang, who made a debut in this event, was disqualified for signing a wrong score.

In the amateur section, Jitendra Rai won the trophy with the score of 18-over 225 after he carded five-over 74 in the final round. Suresh Tamang was the distant second at 232, while Ajit BK came third at 234.

A total of 48 golfers, including 32 pros and 16 amateurs, took part in the 54-hole tournament organized by Nepal PGA under the sponsorship of Surya Nepal Pvt Ltd.