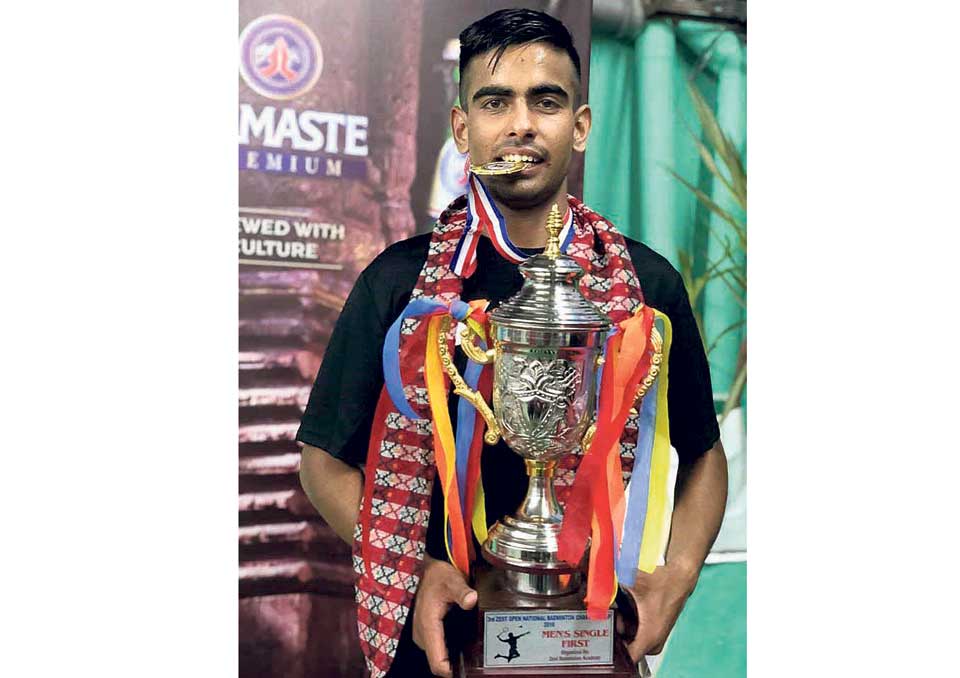 In the final match of men’s single played at the Zest Badminton Academy Court at Basundhara in Kathmandu, Dhami beat two-time champion Ratnajit Tamang 2-1. Dhami won the best set quite easily 21-13, but Tamang replied boldly in the second set winning 21-18 to pull the game back on track. Dhami was strong again in the third set and won the set 21-18 to win the title.

In the women’s singles category, Maharjan saw off APF’s Jessica Gurung in straight sets of 2-0 to win the title.