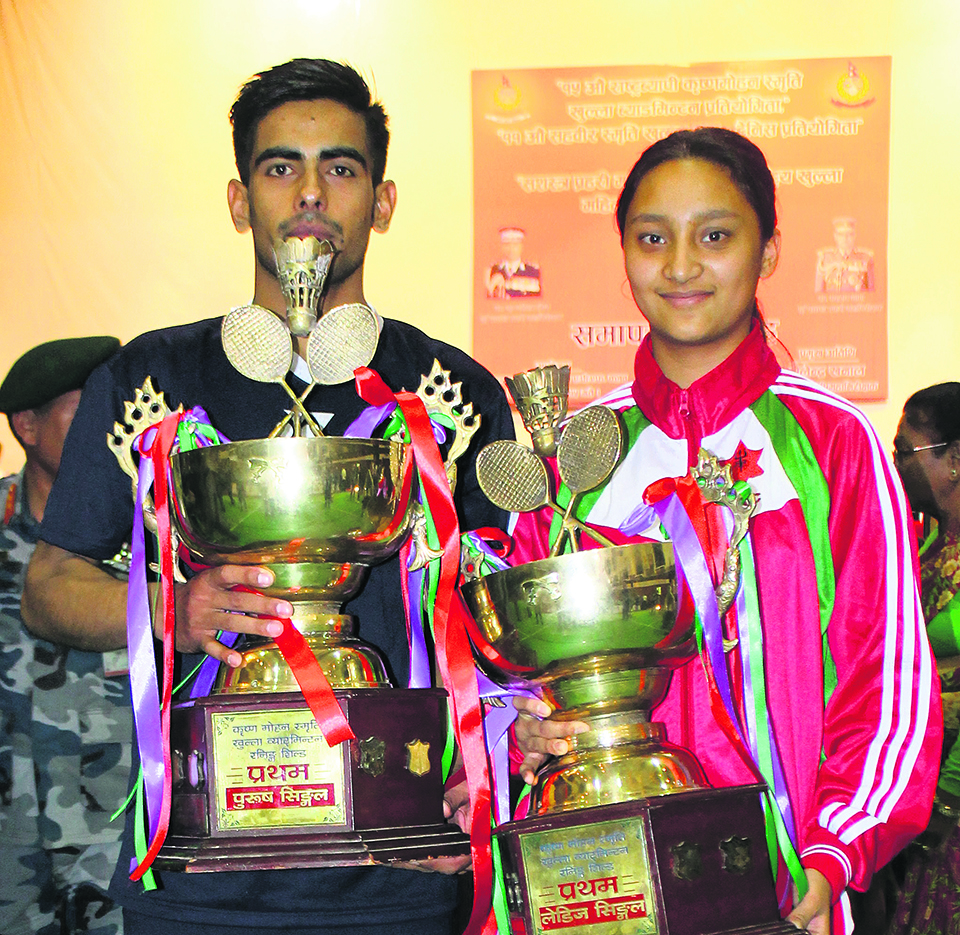 With the title win, Dhami took home a cash prize of Rs 60,000, while Dahal was given Rs 50,000. Not only in the men’s singles, Dhami also won the men’s doubles and mixed doubles.

The last edition winner Army’s Ratnajit Tamang did not participate in this edition as he is training in Japan.

With the title win, she bagged a cash prize of Rs 50,000, while Gurung was rewarded with Rs 25,000.
Earlier on Thursday, Maharjan also won the title in girls’ U-17 singles category.
The winner of the last edition in women’s category, Army’s Nangsal Devi Tamang, did not participate the tournament citing personal problems.

Similarly, in men’s doubles, the APF pair of Dhami and Bijit Thapa Magar lifted the title. Dhami and Magar saw off Army’s Praphul Maharjan and Suroj Maharjan 21-16, 21-4 to comfortably lift the title.
In women’s doubles, APF’s Puja Shrestha defended her title as she and Jessica Gurung overcame Army’s Rasila Maharjan and Anu Maya Rai.  They beat the Army pair on straight sets of 21-10, 21-19 to clinch the title.

The winning pair was rewarded with Rs 40,000, while Maharjan and Rai received Rs 25,000.
Shrestha had paired with Sikshya Shrestha in the last edition and won the women’s doubles title.