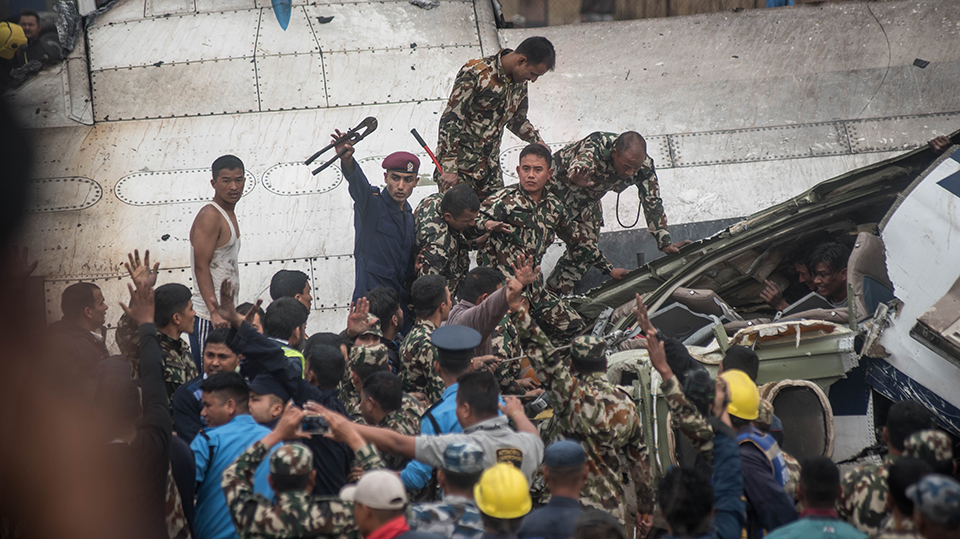 Dhaka Medical College Hospital's Forensic Medicine Department Associate Professor Dr Sohel Mahmud, who is now in Nepal with a team of Bangladeshi doctors, talk about the autopsies and handover of the bodies of the victims of last week’s US-Bangla Airlines plane crash.

How capable is Tribhuvan University Teaching Hospital for properly conducting the autopsies?

Look, everyone knows that Nepal lags behind than other countries in the medical sector. Although we are not the best, but they are obviously behind Bangladesh. But they do have some good facilities to conduct the autopsies of those killed in the plane crash, which is not bad at all.

Why are they taking so much time to handover the bodies?

Actually, the doctors here are a bit more traditional or conventional, and that has led to the delay in the process to hand over the bodies. If, the accident had taken place in our country, we would have handed over all of the bodies by today (Saturday) after finishing the post-mortems and DNA profiling.

What type of conventional attitude of the Nepali doctors are you talking about?

For example, in our country, we collect the DNA samples right after receiving a body and sent them for profiling. Then we complete the post-mortem. After that, the body is handed over to the deceased’s family as soon as possible.

But, here, the doctors are collecting DNA samples during the post-mortem. Besides, when we asked them to provide teeth of the victims for DNA sampling, they said collecting teeth from the dead would be unethical.

Is it really unethical?

No. They have been cutting the chest and head of the deceased as they needed to do the post-mortems. Then how it would be unethical to provide the teeth for DNA sampling? There are too much legislative complexities here, and that has increased the sufferings of the relatives of the victims of both Bangladesh and Nepal.

The doctors at Tribhuvan University Teaching Hospital did not allow the relatives to see the deceased. But would it have been possible?

Yes, Why not? We did it in Bangladesh after the Rana Plaza disaster in 2013. They could have done the same here too. But they did not, claiming it was not possible in line with their system.

So when will you send the DNA samples to Bangladesh?

Although the legislative complexities have delayed the process a bit, we have managed to convince them and collected the samples for DNA profiling of those yet to be identified. We will finish collecting the samples within one or two more days. Then we will take them with us to Dhaka.

KATHMANDU, Aug 4: Dr. Punam Yadav, a research fellow at London School of Economics, has come up with her book... Read More...