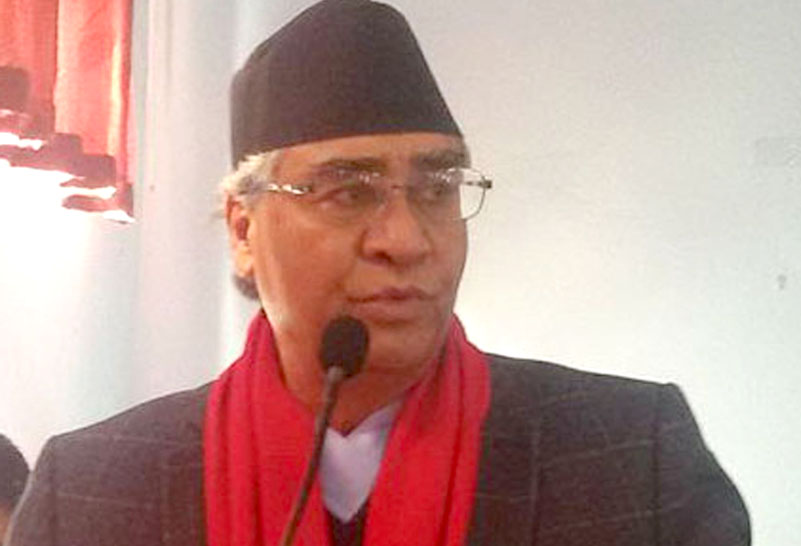 TIKAPUR, April 18: Nepali Congress President Sher Bahadur Deuba has challenged his rivals within the party to contest against him to lead the party instead of causing unrest in the party.

Addressing a function organized by Tikapur chapter of Press Union on Wednesday, former Prime Minister Deuba lashed out against factionalism in practice within the main opposition party and asked the party members dissatisfied with him to contest in election for the seat of the party president.

When asked about the unrest in the sister wings of the party ahead of the general convention, he said that the situation is taking a positive turn as of late.

Deuba also emphasized that the role of the main opposition party is not just to carry out violent protests. He claimed that the party has been actively participating in various house sessions.

“The role of the main opposition party is not just to set the roads on fire or destroy the railings,” he said, adding, “We have also presented ourselves as a strong force in the parliament.” He added that it is wrong to think that the NC has not been able to play the role of a strong opposition.

Claiming that the party has no intention to bring the present government down, former Prime Minister Deuba said that the NC is going to replace the ruling party through elections.