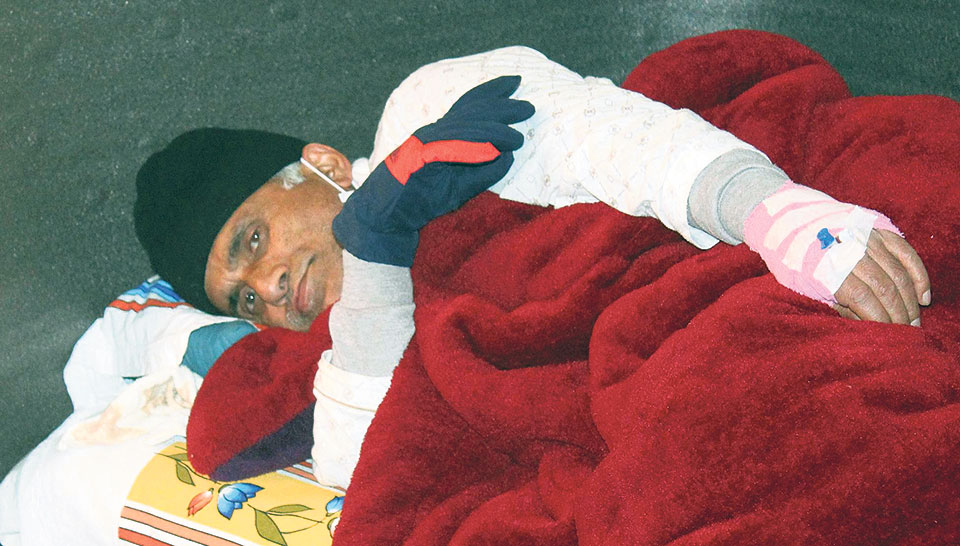 ILAM, Jan 13: On the fourth day of his fast-unto-death, Dr Govinda KC struggled to sit with his back straight due to weakness.

After a health examination on Saturday morning, doctors advised the crusader for medical education reforms not to interact with media persons.

Dr Ram Krishna Acharya, who is involved in the treatment Dr KC said, “Until yesterday, he could talk with others. But today, we have forbidden him from talking with others as he is facing difficulty to sit upright.”

Dr KC, who started his protest by sitting on the floor, has now been shifted to a bed. According to the doctors, his blood glucose level is decreasing day by day.

“His body can no longer fight with diseases,” said Acharya, adding, “This is the reason he has started sweating while talking.”

Showing their solidarity with the campaign of Dr KC, locals of Ilam continued with their protest even on Saturday.

Supporters staged a procession from Fulgachi, where Dr KC has been staging protest and convened the rally at Chowkbazar.

Addressing a huge crowd of people at Chowkbazaar, journalist Kedar Sharma told the mass to join hands to exert pressure on the government to fulfill the demands of Dr KC.

“Dr KC has not just raised the issues of medical sector but has advocated for other sectors as well,” said Sharma, adding, “We must support a person who has been staying hungry for the public welfare.”

So far, his deteriorating health has failed to grab the attention of the government. Not a single government representative has visited or tried to contact him until now.

“I will continue my protest as long as I can,” said Dr KC.

Supporters of Dr Govinda KC stage a protest at Maitighar in Kathmandu on Saturday to show solidarity with the demands of the crusader for reforms in the medical education sector. Dr KC is on a hunger strike in Ilam. Photo: Bijaya Rai/Republica 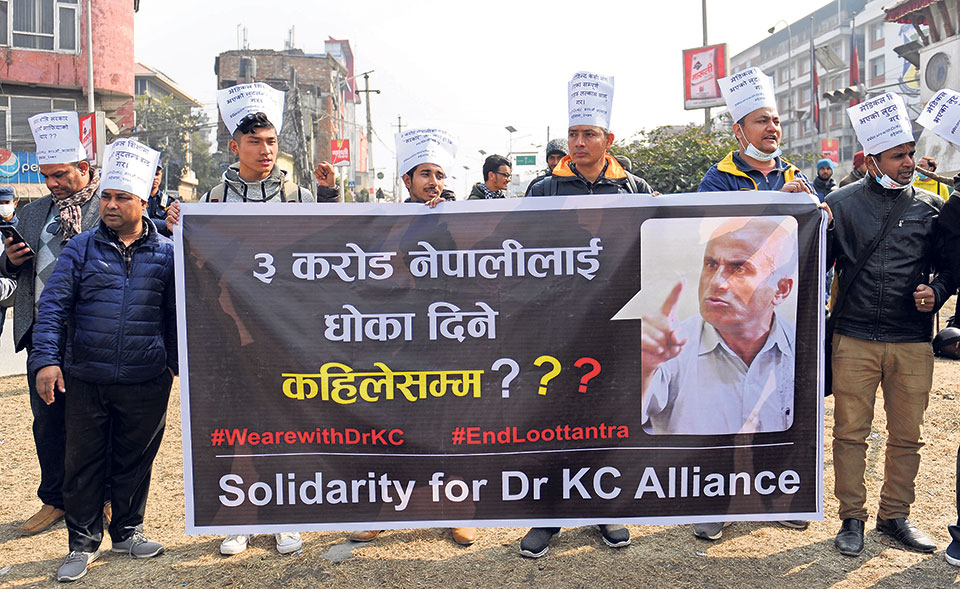 JUMLA, July 24: The COVID-19 infection is increasing rapidly in Jumla district. The lack of management and disregard to the... Read More...

KATHMANDU, July 24: With the decision to lift the ban on the movement of long-distance means of public transport by... Read More...