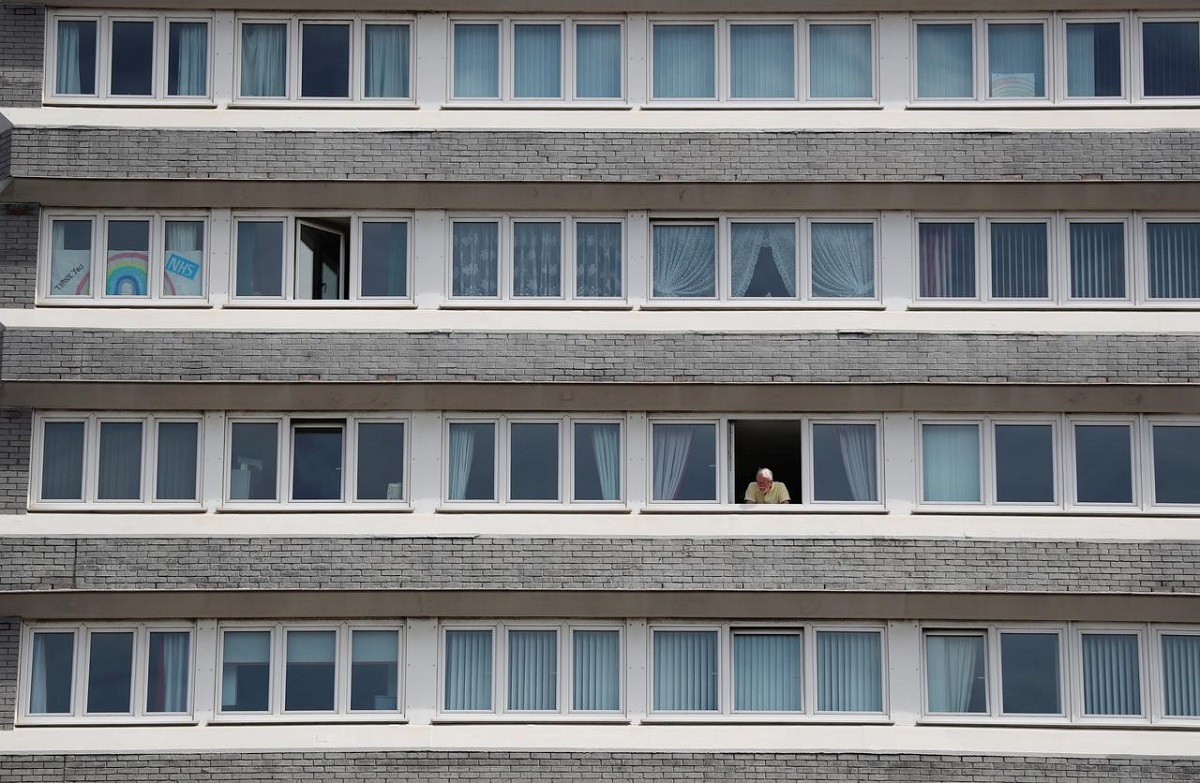 FILE PHOTO: A man looks out of his window in Sunderland, following the outbreak of the coronavirus disease (COVID-19), Sunderland, Britain, June 2, 2020. REUTERS/Lee Smith

LONDON, Aug 18: The proportion of people in Britain suffering with depression has almost doubled during the COVID-19 pandemic, official data showed on Tuesday.

The Office for National Statistics (ONS) said 19% of adults reported some form of depression during June, compared with 10% in the nine months to March 2020. Stress and anxiety were the most common types of depression listed by people, it said.

The data raises questions about the wider public health costs of a pandemic that has already left Britain with the highest excess mortality rate among major European countries, according to a recent ONS analysis.

Adults who were young, female, disabled or unable to afford an unexpected expense were most vulnerable to depression during the pandemic, the figures showed.

“This report from the ONS presents some worrying data on the rise of depressive symptoms during the pandemic,” said Elaine Fox, professor of cognitive and affective psychology at the University of Oxford.

Adults who told the ONS they would be unable to afford an unexpected expense of 850 pounds ($1,119) were more likely to experience some form of depression, the data showed.

“These economic factors are likely to play an important role in the nation’s mental health in the coming months and years,” Fox said.

The economy has already sustained an historic blow from the pandemic and the national lockdown it prompted in March.

A 2018 study from the Organization for Economic Co-operation and Development put the cost of mental health problems in Britain at around 4% of its annual economic output.

One in eight adults developed moderate to severe depression during the pandemic, the ONS said. Only one in 25 saw an improvement.

The British Embassy in a statement said that their visit occurs as Nepal and UK are celebrating 200 years of... Read More...

All IOM exams for Monday postponed
58 minutes ago