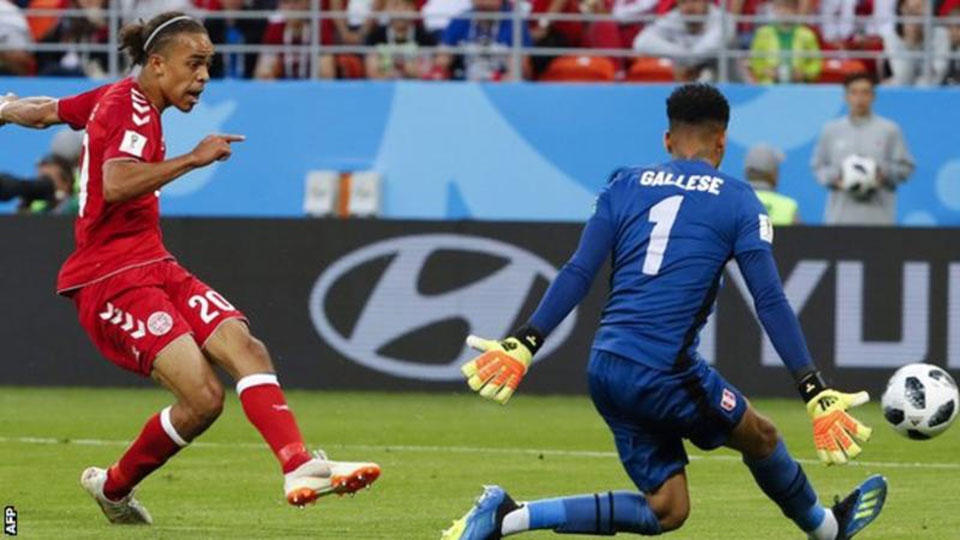 Yussuf Poulsen has now scored in each his last two appearances for Denmark and both goals were assisted by Christian Eriksen. Photo Courtesy: AFP

KATHMANDU, June 16: Yurary Poulsen's only goal in the 59th minute decided the tie between Peru and Denmark.

Peru are back at the World Cup stage after 36 years. They were on a flying start with their counter attacking tactics, despite the Danes having much of the possession. Peru's first strike at keeper showed them, the surprised package for the Denmark. Keeper Kasper Schmeichel had a busy first half right from the start of the game. Edison Flores's shot was saved by Kasper in the 13th minute.

Danes played high line defense in the first half. Danes' midlfield started to settle in the last quarter of the first half. Peru were dangerous when they had the ball. Denmark's Delaney saw his shot gone over the bar. Danemark had a good chance in the 38th minute with a free kick provided. But, Eriksen's freekick was blocked by the wall.

Peru received a penalty in the 44th minute but Christian Ramos put it way over the bar.

Within the first 15 minutes of the second half, Yurary Poulsen scored for Denmark in the 59th minute. While Edison Flores was denied by Dane keeper  Kasper Schmeichel in the 61th minute. Minutes later , Christian Cueva's backheel was unable to net the post. Danes had a wonderful chance to put the lead by 2 goals but unfortunately for them, Peru's center back Rodriguez blocked the shot.

In the late stage of the match, Peru tried hard to get back in the game. Jefferson Farfan saw his shot stopped comfortably by Dane's keeper Kasper Schmeichel comfortably in the 83rd minute. In the last few minutes of the game, Christian Eriksen had his shot saved by the oppostion keeper Pedro Galesse in the 86th minute.

As the final whistle blows, Yurary Poulsen's goal won the match for Dermark. 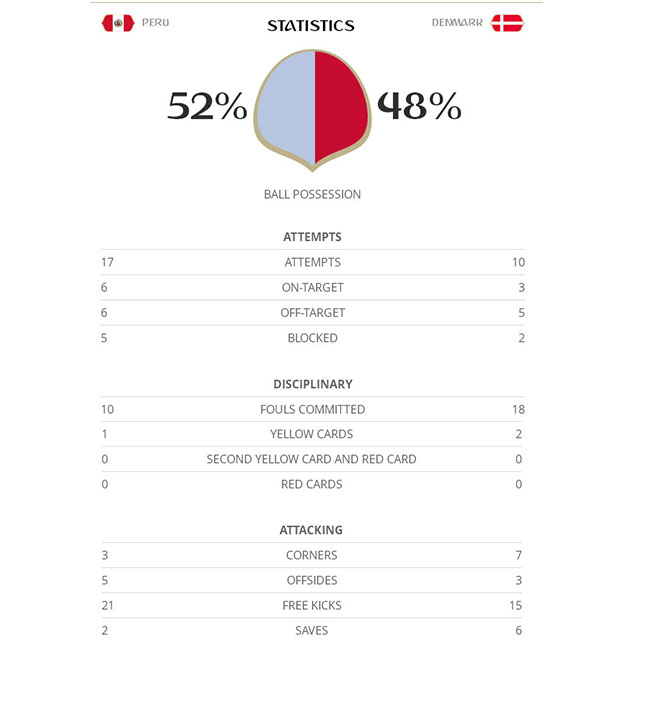 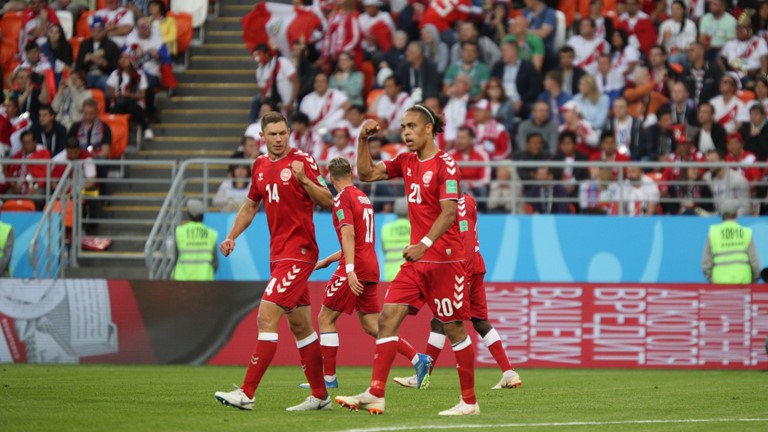 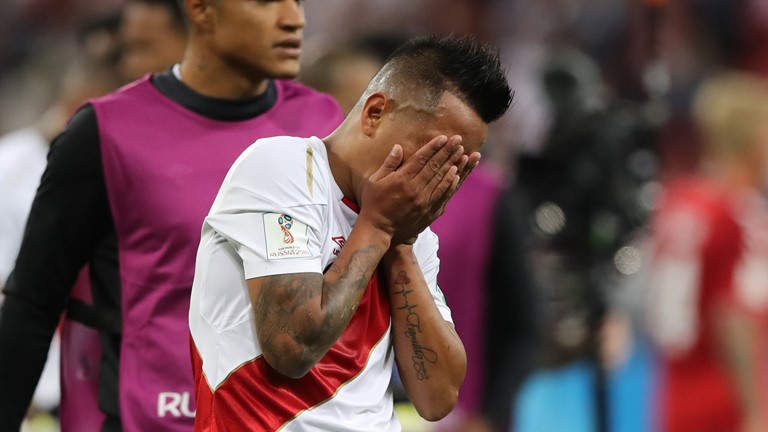 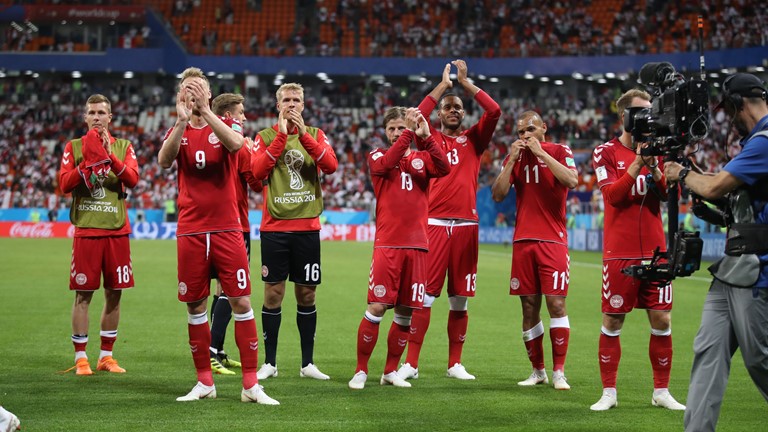 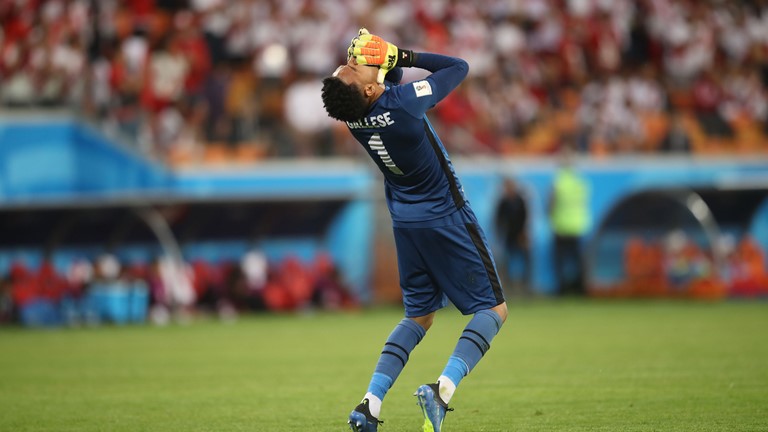 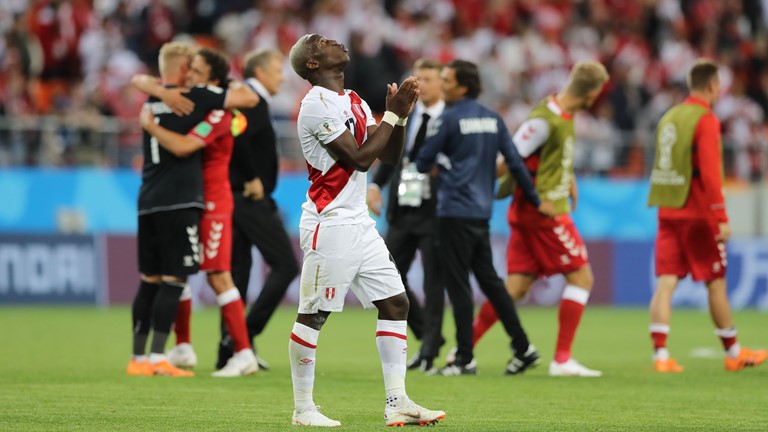 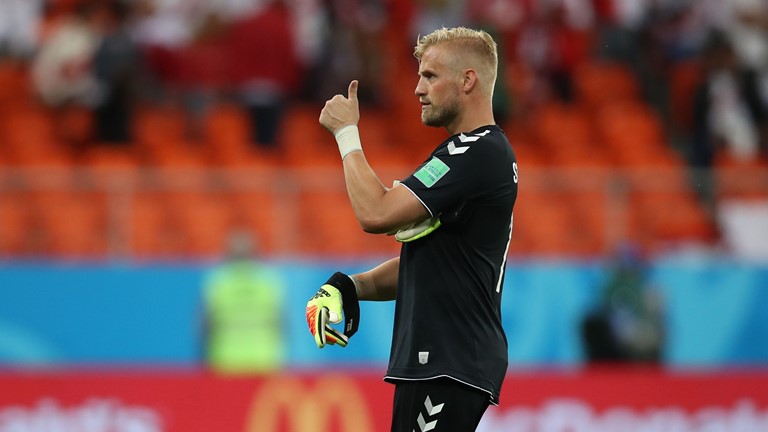