KATHMANDU, June 21: Jedinak's equalizer from the spot kick levelled the score of Australia with Denmark that took an early lead in the game from Eriksen's half volley.

Christian Eriksen's half-volley screamer gave Denmark early lead in the 3rd game of Group B. The goal from Eriksen in the 7th minute was fantastic in technique, move and was a difficult goal to score. Denmark has never lost when Eriksen has scored. Denmark's attacks had been quiet after the early goal. However, Australia began to build up attacks after conceding the goal.

Jedinak scored from the penalty spot in the 38th minute to equalize the score after VAR review. And Poulsen received a yellow card. He is now suspended for Denmark's next match against France. However, penalty decision was contentious.

For the last 30 minutes of the first half, Australia played very well. Defensively they were composed, Leckie in the Left flank was better with moving the ball forward, plenty of touches enjoyed much possession and certainly lifted the game. However, the midfield third was absence, hence; Aussies could not pose threat from central midfield.

Sainsbury penalty appeal for a foul on him in the 43rd minute was unheard from the referee. And first half ended with 1-1.

Cisto missed the post in the 50th minute after a penalty protest, for a foul on Yurary, was dismissed. Eriksen pointed out the VAR machine to the referee. Rogic and Kruse teamed up well for the Aussies to initiate attacks.

Danish supporters sang "Vi er danskerne" (We are the Danes) to revive the spirit of their players. Australia's Leckie ran down the right wing to pose serious attacks. Australia's main attack came down from their wings.

An error from Schmeichel in the 68th minute could not be converted to a goal. And the score stood 1-1. Aaron Mooy's long-range shot cutting in from the left wing was just over the bar.

Pione Sisto's curl from outside the box missed the post by an inch. Australia's keeper Ryan was beaten by his shot.

Arzani's whipped a fantastic delivery across the face of goal after beating Cisto in the byline, but nobody could get it and Australia missed a great chance in the 79th minute.

Schmeichel's double save in the 88th minute of the game gained a point for Denmark. 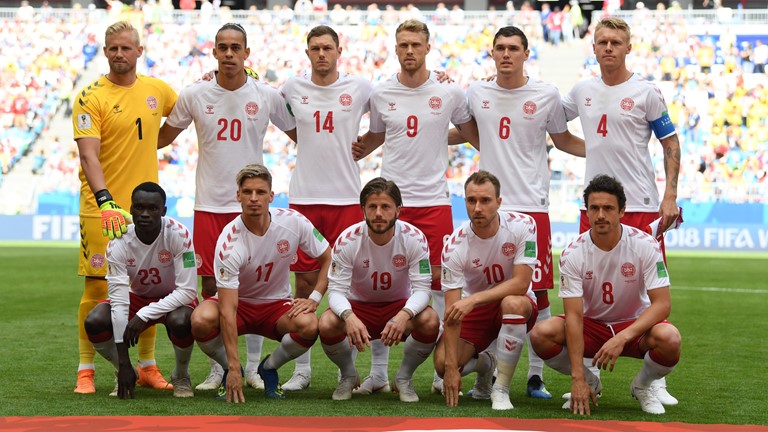 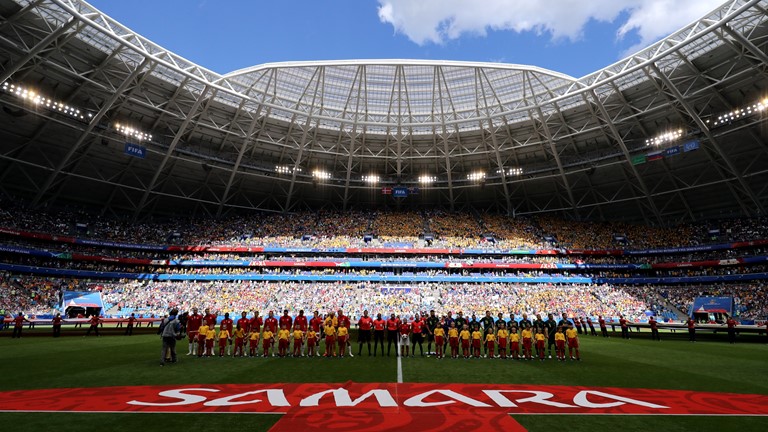 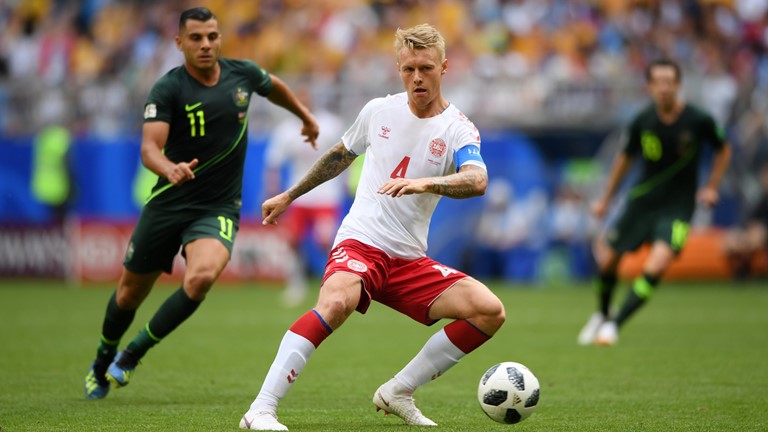 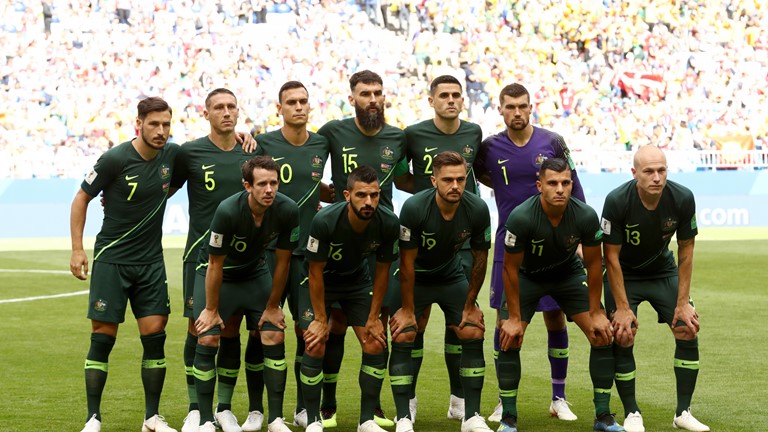 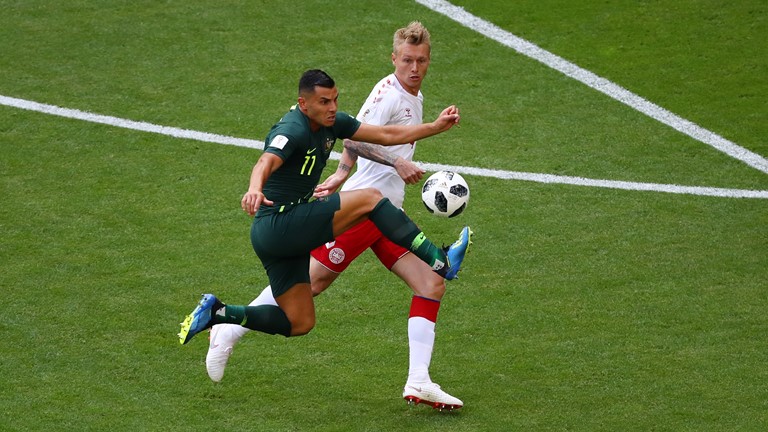 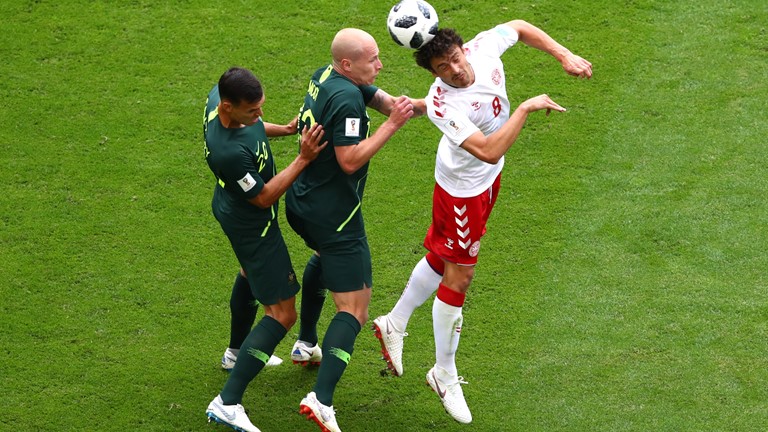 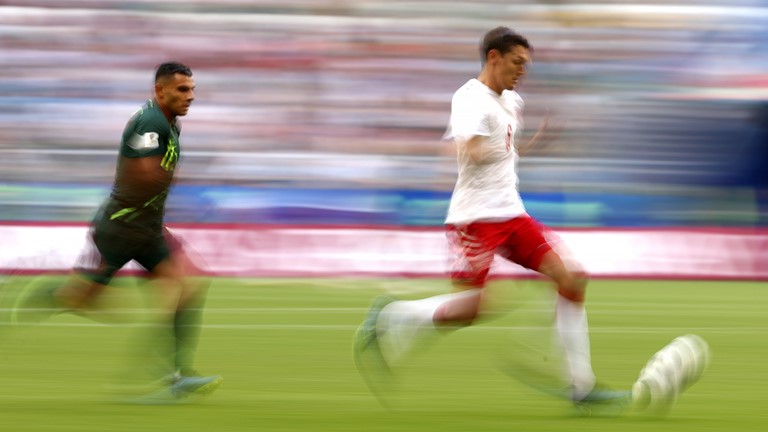 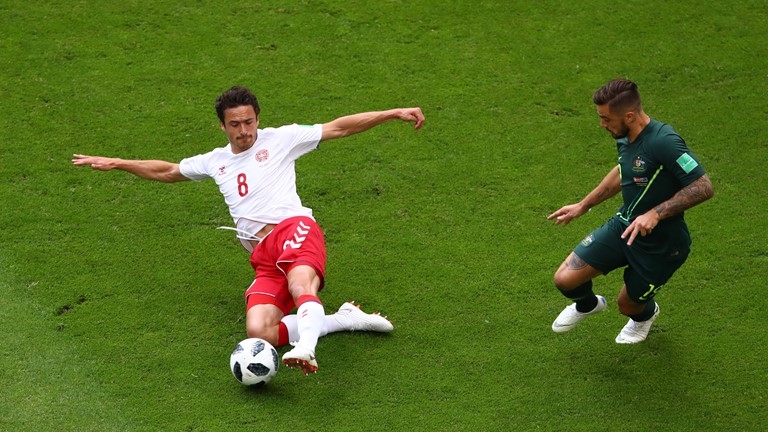 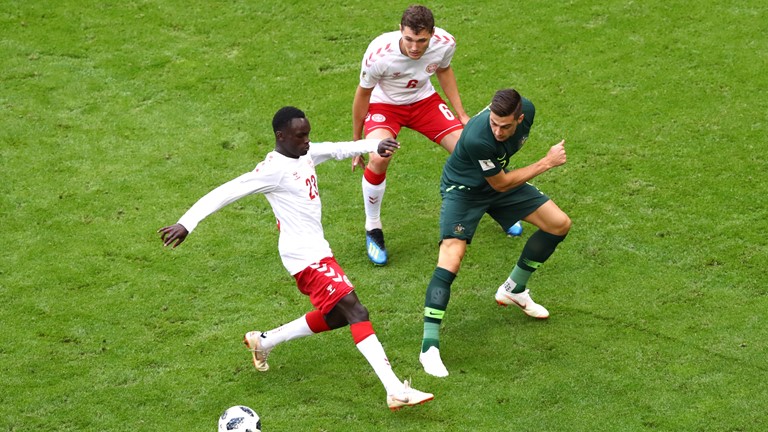 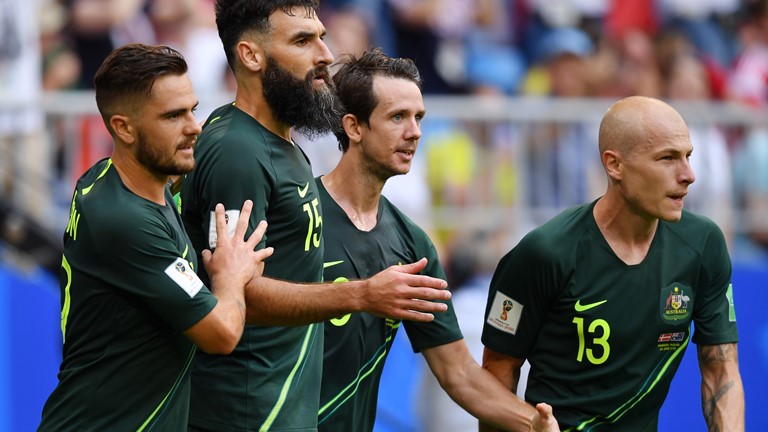 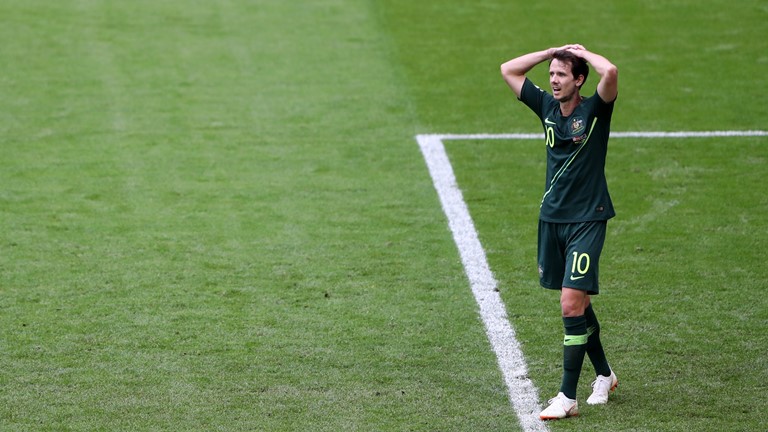 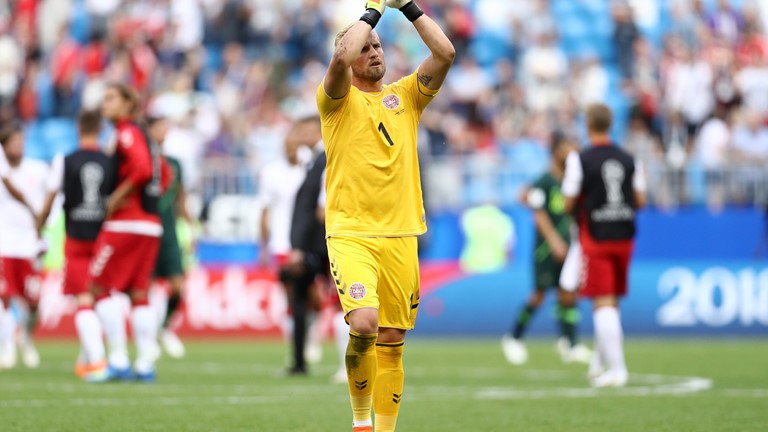 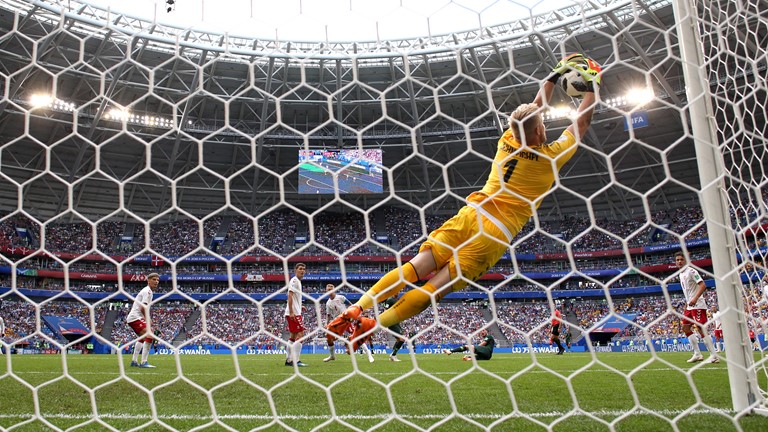 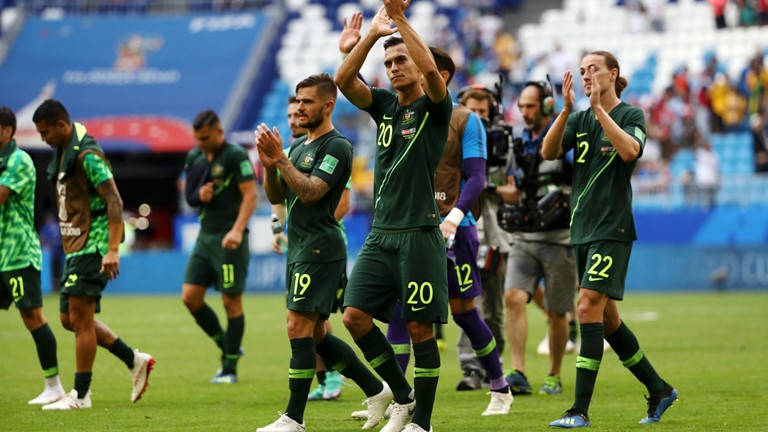 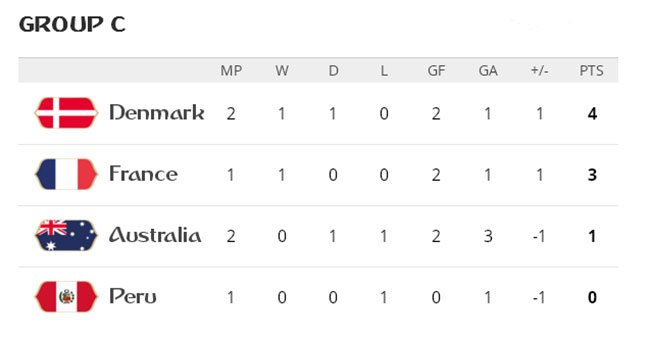 COPENHAGEN, June 19: Christian Eriksen surprised the Denmark team with a visit in the middle of a training session and... Read More...