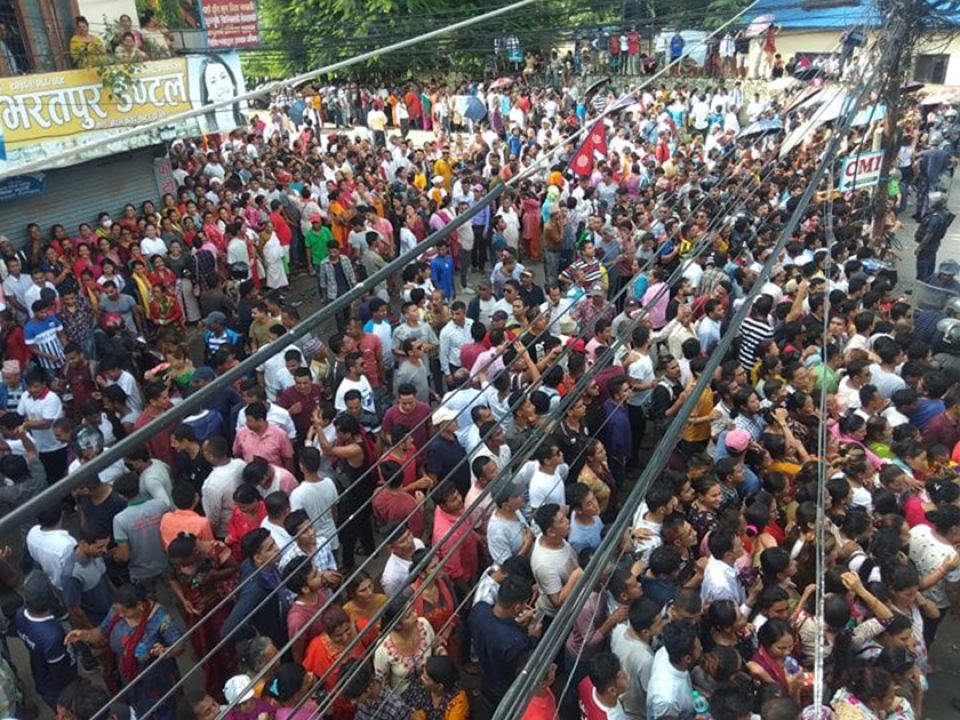 CHITWAN, Aug 27: Police have today released those arrested in course of a demonstration organised in protest the arrest of three persons including TV program presenter Rabi Lamichhane.

A total of 48 people were arrested until Monday.

Three persons including Lamichhane had been arrested on August 15 in connection with the suicide case of a journalist Shalikram Pudasaini and they were released on bail on Monday.

According to Deputy Superintendent of Police at the District Police Office, Chitwan, Ek Narayan Koirala, they have started releasing the demonstrators in presence of their relatives from this morning.

Meanwhile, organising a press conference here today, Lamichhane said that he would move ahead following all the court orders.

Extending gratitude to all who supported him during his 'difficult' hour, he said that road was open for him to join politics in future.

The Court had released Lamichhane on Rs 500,000 bail, Yuba Raj Kandel on Rs 300,000 bail and Asmita Karki (Ruku) on general date. They have been asked to be present in the court on September 22.

KATHMANDU, March 8: The government decided to release at least Rs 10 million immediately to each of the 744 local... Read More...