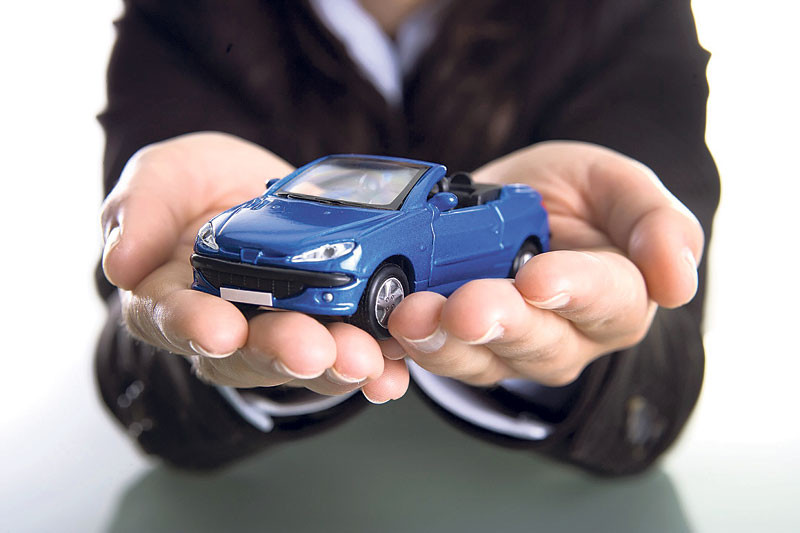 Nepal is perhaps the only country in the world where buying a car is a major life decision.

KATHMANDU, Sept 9: In the course of contemplating the purchase of a car in Nepal, I’m often led to considering the expendability of my internal organs. I could probably afford a nice little hatchback – no power windows, thank you – with the proceeds from selling a kidney. I mean whoever needs two kidneys when one will do just fine.

While this is undoubtedly an exaggeration of the middle class car buyer’s plight, it isn’t very far from the truth. The archetypal car buyer in Nepal is someone looking to move up from their two-wheeled misery into four-wheeled contentment and collectively they constitute an important target demographic for NADA and their annual spectacle. While the entire auto show last week was geared towards making cars more ‘affordable’ (depending on your personal definition of affordable) with its plethora of discounts, offers, deals and financing options – it wasn’t really more than a spot of window shopping for many potential car buyers.

Nepal is perhaps the only country in the world where buying a car is a major life decision. The government’s continuing policy of bracketing cars as ‘luxury’ purchases and slapping them with an extortionate amount of tax – comfortably north of two hundred percent – is flawed in the extreme. While my friends in India and elsewhere drive around in BMWs, I have to think twice about buying a Maruti. I mean no disrespect to the Maruti brand but the fact that you can own a car in India for the price of buying a motorcycle in Nepal tells you all you need to know about the government’s attitude towards automobiles. I often wonder if international visitors to Nepal feel like they have been transported to the previous century, akin to a time warp, after travelling in our ‘retro’ taxis and public transport.

I’m pretty sure that the government fully realizes that cars have long since ceased being an item of ‘luxury’. After all, most of our government officials are driven around in one. It has become a necessity and a blindingly obvious one, if viewed in the context of our capital’s roads, the all-encompassing air pollution and the pathetic condition of public transport. As someone who traverses the breadth of Kathmandu and Lalitpur every single day, wearing all manner of protective gear, I’m only too aware of this fact.

The argument against lowering taxes however, is justified by the age-old excuse of inadequate infrastructure. We quite obviously don’t have the infrastructure to deal with the influx of cars if the rates are lowered. Well, that may be the case but this excuse is not going to hold water for much longer anyway because despite the steep tax rate, car sales in Nepal are growing exponentially – it clocked forty percent growth last year – and the streets of Kathmandu will eventually be gridlocked (if they aren’t already) in the next couple of years. What excuse is the government going to trot out then? Well, nothing really. They’ll just be content to maintain the status quo and between our government’s poor record of capital expenditure coupled with the proliferation of goons in the ‘contract’s’ business, it will be quite a while before we get to see any adequate infrastructure.

As if the government’s taxes weren’t enough, we don’t have the necessary infrastructure to transport the cars in bulk so they have to be actually driven by someone all the way from Birgunj. This makes the costs go up even further and all of this is even before we account for the very generous margins – all the discounts and deals give you a fair idea – prevalent in this sector.

However, all these reasons haven’t dimmed people’s enthusiasm for a car of their own and that is illustrated from the bookings at the NADA auto show that have surpassed all expectations. It’s not surprising given the fact that a car is not only a visible symbol of upward social mobility but a shield against the atrocious conditions of our capital in just about every type of weather.

The bias lies in the fact that the definition of the car as a ‘luxury’ only applies to the common man and is not a luxury when it comes to government officials. There is also no small amount of irony attached to the fact that you and me as taxpayers pay for their ‘luxury’ while we – thanks to them – can barely afford the same for ourselves.

When will our governments realize that the policy of discouraging car ownership is not sustainable in the long run? Our middle class is burgeoning by the day fueled by the influx of remittances and results of globalization and the combined weight of these middle class aspirations will ensure that this policy is doomed to failure – irrespective of the reasons it is in place. In this day and age, owning a car really shouldn’t be something a

Nepali should have to aspire to their entire lives. It’s just a shame our government doesn’t feel the same way about it.

It’s Valentine’s Day and everyone is rushing to get their partner seated in a luxury restaurant to surprise them and... Read More...

KATHMANDU, Dec 4: At a time when the Ministry of Commerce has proposed to discourage import of nine products, mostly... Read More...