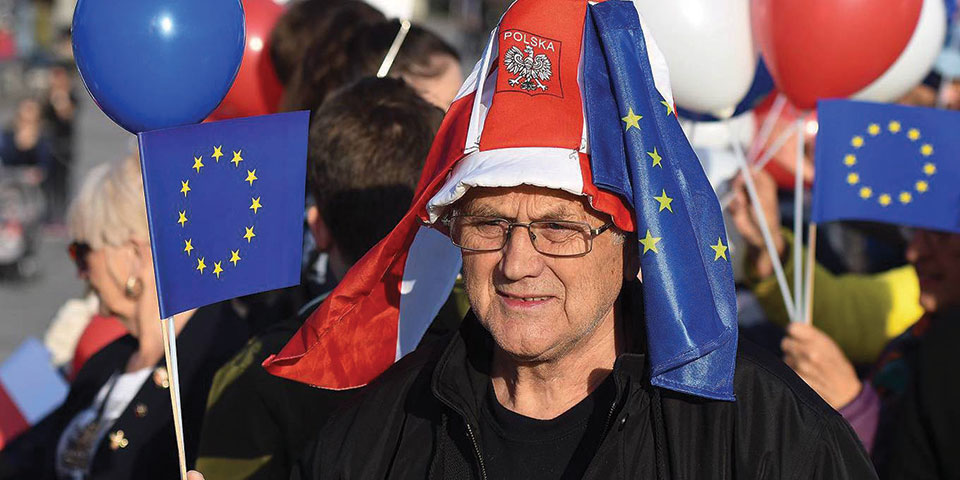 WARSAW – Criticizing European Union institutions, and demanding that they be reformed, is a popular pastime. But as the EU’s unified front in the never-ending Brexit negotiations has made clear, European institutions are remarkably effective in managing political diversity. Perverse as it may sound to some, nation-states can learn from Europe in addressing their own democratic deficits.

Such shortcomings are especially apparent in Poland, where a highly centralized political system creates a pernicious winner-take-all dynamic. Because the party in power relies on a fleeting majority, it has a strong incentive to lock in its legislative achievements through constitutional overreach. This has left the electorate highly polarized and Poland mired in an ever-deeper political crisis, owing to a lack of consensus regarding basic institutions.

Both of us are outspoken opponents of what we believe has been an unconstitutional takeover of independent institutions by Poland’s ruling Law and Justice (PiS) party. But we also acknowledge the genuine popular support that PiS continues to enjoy.

In attempt to help defuse political tensions, we co-founded a non-partisan initiative to reform Poland’s system of governance. About 100 of the country’s public-policy experts have now developed a proposal that seeks to decentralize the political system by incorporating the best elements of the EU’s decision-making structures.

This decentralization debate is by no means limited to Poland. In a letter to the French people in January, President Emmanuel Macron pointedly asked whether the country’s famously centralized state should devolve more decision-making powers to subnational governments. In more decentralized Germany, meanwhile, Bavarian Minister President Markus Söder—   who also leads the Christian Social Union (CSU)—has warned the central government against further eroding the powers of the country’s Bundesländer.

Britain’s opposition Labour Party leader, Jeremy Corbyn, has said a Labour government would consider replacing the House of Lords with an elected federal senate. And the Democratic Party in the United States, faced with an increasingly conservative Supreme Court, is suddenly warming to the idea of states’ rights.

Our reform proposal for Poland draws inspiration from two key EU institutions: the European Council, where heads of state or government set the EU’s general political direction, and the Council of the EU, where member states’ ministers decide on European legislation. This ministerial Council acts primarily as a powerful European senate—the legislative “upper chamber” approving all EU laws.

We envision Council-like institutions at two levels in Poland. The national Senate would become a chamber comprising the elected governors of Poland’s 16 regions, while regional senates would consist of all the mayors from a particular region. The votes of governors and mayor-senators would be weighted in accordance with the population each represents. Furthermore, both the national and regional senates would have the power to veto legislation.

The national Senate would be politically diverse, encompassing the country’s conservative southeast and progressive northwest. Regional senates would contain a similar mix, given that Poland’s cities tend to be more progressive and the countryside more conservative. Moreover, the executive responsibility of governors and mayors would give them an incentive to seek constructive compromises on important policy proposals.

As with the European Council, membership of the national Senate would change only gradually, because regional elections would be staggered. Such continuity is particularly important given that the Senate would confirm members of independent institutions such as the Constitutional Tribunal, the Supreme Court, and the National Bank of Poland. Our proposal would therefore strengthen these institutions’ democratic accountability by tying it to a much more stable and politically diverse body, rather than to the prevailing national majority.

Even Poland’s current PiS-led government has reason to be grateful for the EU’s governance system. The European Commission’s inability to pursue so-called Article 7 action against Poland and Hungary, for alleged serious transgressions against EU values, may frustrate defenders of the rule of law. Yet it also shows how the EU’s structure protects even highly controversial member states from the political overreach of the majority.

At the same time, the EU is not powerless to act against member states that violate common rules, because Council members select the judges of the powerful European Court of Justice. The ECJ, which is hearing numerous cases concerning the PiS government’s alleged constitutional excesses, is arguably the last line of defense for the rule of law in Poland, given the depleted legitimacy of the country’s own institutions.

Europe may be politically polarized and suffering from democratic deficits, but the EU’s governance system is not the primary cause. On the contrary, the effectiveness of European institutions shows Poland and others how they can better manage their national political systems.

Maciej Kisilowski is Associate Professor of Law and Public Management at Central European University. Wojciech Przybylski is the editor in chief of Visegrad Insight and chairman of the Res Publica Foundation in Warsaw.
© 2019, Project Syndicate
www.project-syndicate.or

Fresh mandate a must for peace, stability and development: Prez Bhandari
17 hours ago

Himalaya Airlines carries out test flight to Lhasa
6 minutes ago

Schools in Humla to reopen from Jan 28
3 hours ago