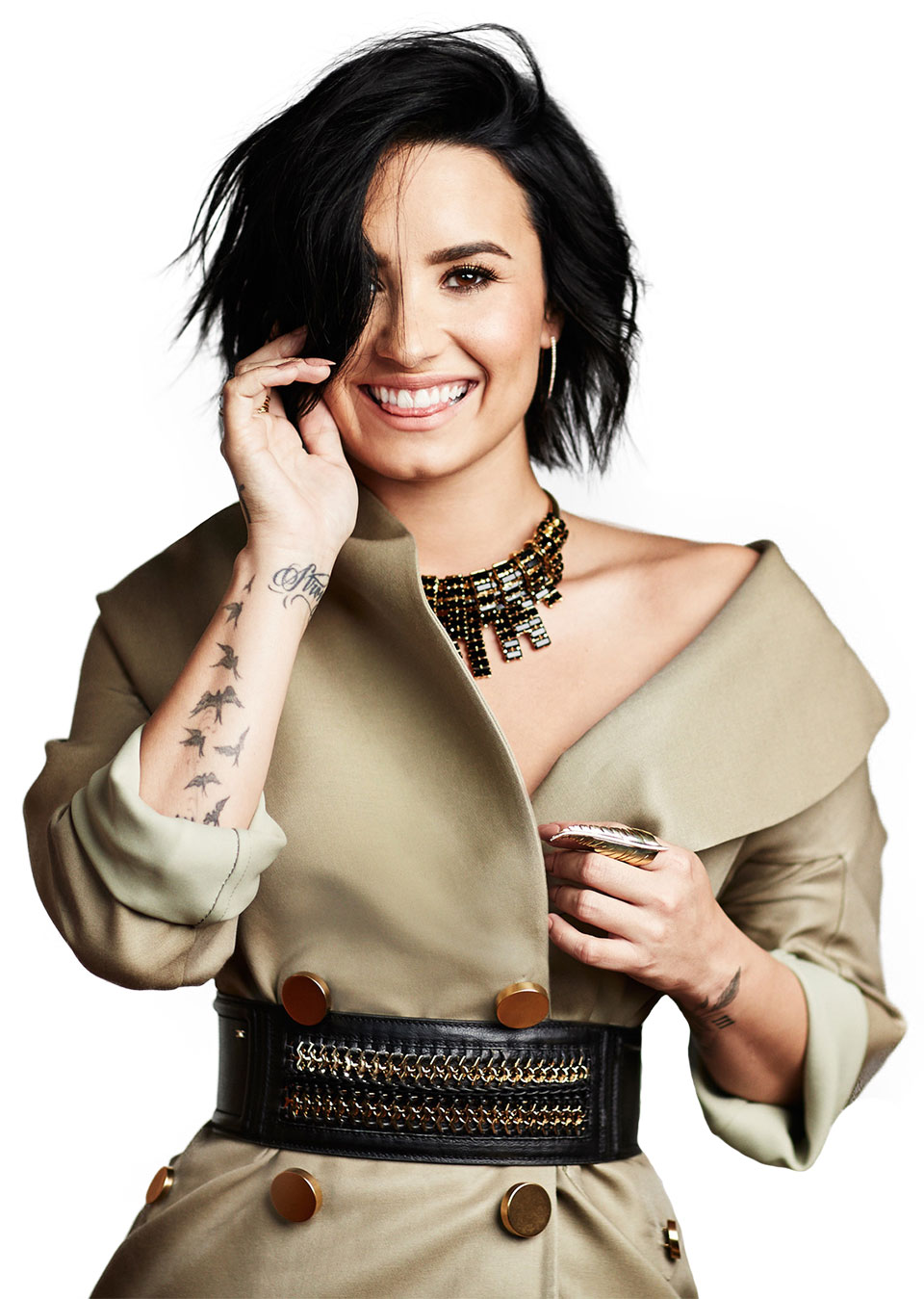 The 25-year-old singer was honored with a Grammy Award nomination for Best Pop Vocal Album for 'Confident' in 2017 and has revealed how it ''changed things'' for her.

She said: ''I got a Grammy nomination and I felt like it was God's way of saying you're on the right path. Stay strong at what you do and work hard. I'd got fed up with the media twisting my words and making me sound a certain way. When I got the Grammy nomination it changed things for me.
''I was so honored to be in that category because it's all about vocal performance, so I was very excited. It reassured me and filled me with confidence.''

The 'Sorry Not Sorry' singer just released her latest album 'Tell Me You Love Me', which has been a ''year and a half in the making''.

She added: ''It's been a year and a half in the making, which is quick for some people and long for others. It came together at the end pretty quickly. I'd been writing for a while so I knew what songs I wanted on the final track listing. I was very confident this time around so I just went for it.''

And Demi's favorite song off 'Tell Me You Love Me' is 'Lonely', which she worked on with Lil Wayne.
She told OfficialCharts.com: ''I really love Lonely, which I did with Lil Wayne. It's about how everyone feels alone at some point in their lives. I wanted to write a song that was expressing the emotions I was feeling with this break up, and at the same time embody someone's emotions around feeling pain for being lonely.''

Demi Lovato to help those affected by daca, Harvey

NEW YORK, Sept 9: Demi Lovato says she's reached out to the nonprofit organization Voto Latino to find out how she... Read More...