Demand for Dhankuta as capital of Province 1 continues unabated 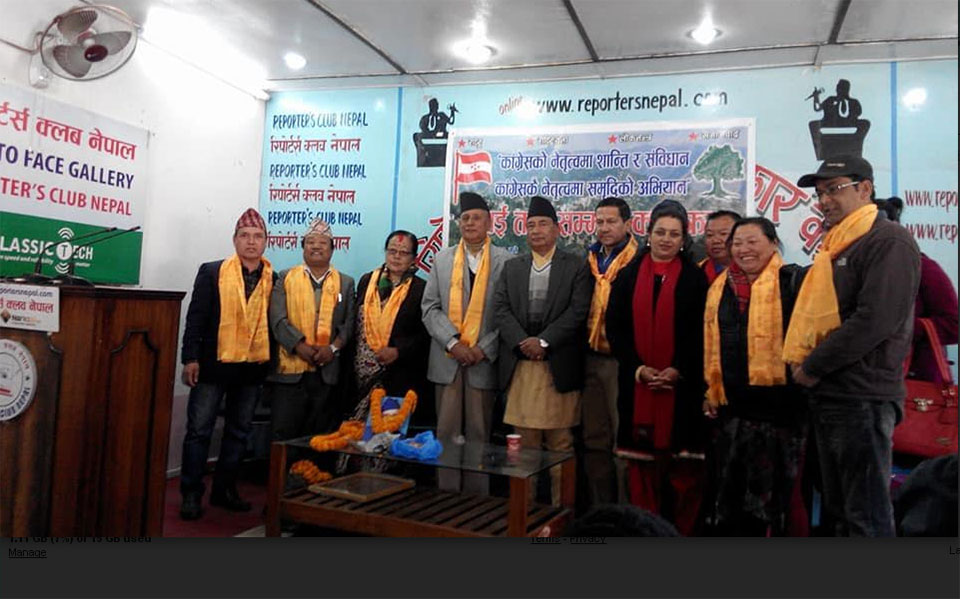 KATHMANDU, Jan 6: Provincial Capital Establishing Committee, Dhankuta on Saturday staged a sit-in in the capital to pile pressure on Prime Minister Sher Bahadur Deuba to declare Dhankuta as the center of Province 1.

The committee staged a sit-in for three and a half hours in front of Prime Minister’s Official Residence in Baluwatar this afternoon, demanding Dhankuta as the capital of Province 1 and to decide to hold the first meeting of Provincial Assembly in Dhankuta itself, Nepali Congress Dhankuta District Secretary Bijaya Santoshi Rai told Republica Online.

On the occasion, Federation of Nepali Journalists central member Gopal Baraili, social activist Rajendra Pradhan, NC leader Hari Adhikari, among others were present in the campaign.

According to Rai, the committee has submitted a memorandum signed by 700,000 people to Prime Minister for the cause.

KATHMANDU, Jan 1:  A sit-in has been organized near the official residence of the Prime Minister at Baluwatar Monday, demanding Dhankuta... Read More...