Delivering as a unit important to win title: Khadka 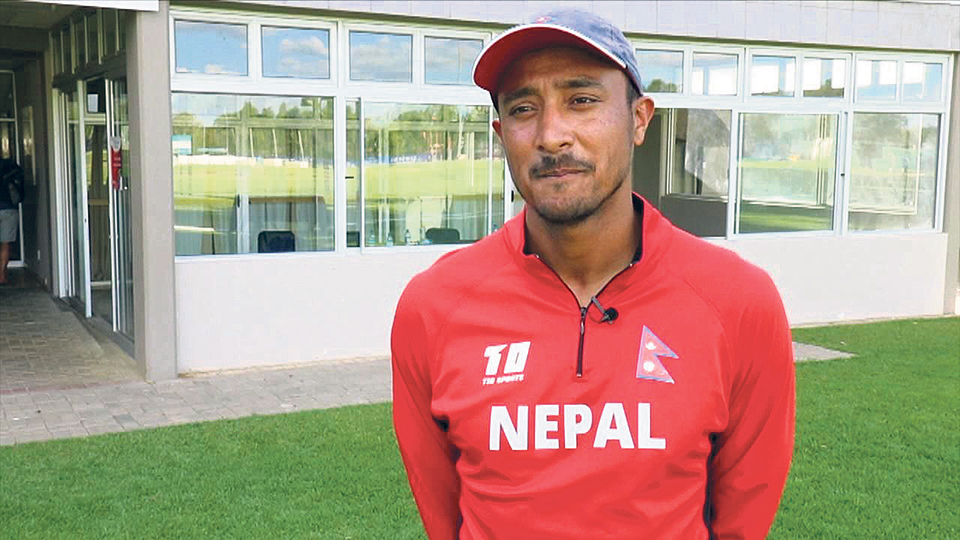 “We have the skills. We just need to convert it into performance. If we can deliver as a unit, I think we are capable of winning the title,” Khadka told the press after the farewell event at the Prime Minister’s residence in Kathmandu on Monday.

He said that the focus has been more on tactical side of the game than technical after the arrival of batting coach Apurva Desai from India for the Asian stint.

“It has only been 3-4 days since the batting coach arrived. The focus has been on the tactical part. Now we are an ODI nation, we need to keep improving in all three departments rather than batting only. We need to create our own standards,” Khadka said.

“We need to put in our best effort. We don’t get such opportunities always. As a player and team we are looking forward to it,” he added.

Khadka also appreciated the opportunities provided by increasing number of premier leagues being held across the country, stating that these leagues developed familiarity among the players.

“We are familiar with players from Hong Kong, United Arab Emirates, Malaysia, among others. It will come down to tactical moves against players and I am sure they will try to counter the same. It is going to be interesting. The format is very much similar to the ICC world cricket leagues that we play. It is going to be challenging but as a team we are prepared.”

The 31-year-old captain added: “All the teams are similar in strength in the Asian context. We were in Division 3 when we qualified for World T20. As an ODI nation, we have responsibilities and expectations as well. At the end, we have to put our body in line on the field. We played our first-ever ODI series and now there is a chance that we might play the Asia Cup. We hope to grab the opportunity.”

Speaking about the selection of Sagar Pun and Binod Bhandari in the national team, Khadka said: “Both have made a comeback after a year. We need to create a good working environment. Competition is increasing every time. It is a great sign for coming days.”

At the end, he also rued the fact that someone, as experienced as Sharad Vesawkar, will be missed in the middle order and hoped that youngsters will step up.

“Vesawkar is a senior player, a very experienced one. Obviously, his absence will affect out composition and planning. We have few players to cover that spot,” he said. “Youngsters are pushing themselves up. In the end, no matter who performs, Nepal needs to win. Everyone -- juniors or seniors -- has contributed to the team’s win in the last year or so. Let’s hope we continue that as a team.”

KATHMANDU, Oct 31: Nepali squad for three formats for the series against Marylebone Cricket Club (MCC) has been announced on... Read More...

Nepal’s Experience with the UN
13 hours ago

Bowing to the pressure of private sector, govt decides lifting ban on imports of luxury goods
44 minutes ago

Melamchi water should also be delivered to areas outside KMC: Pradeep Paudel
5 hours ago