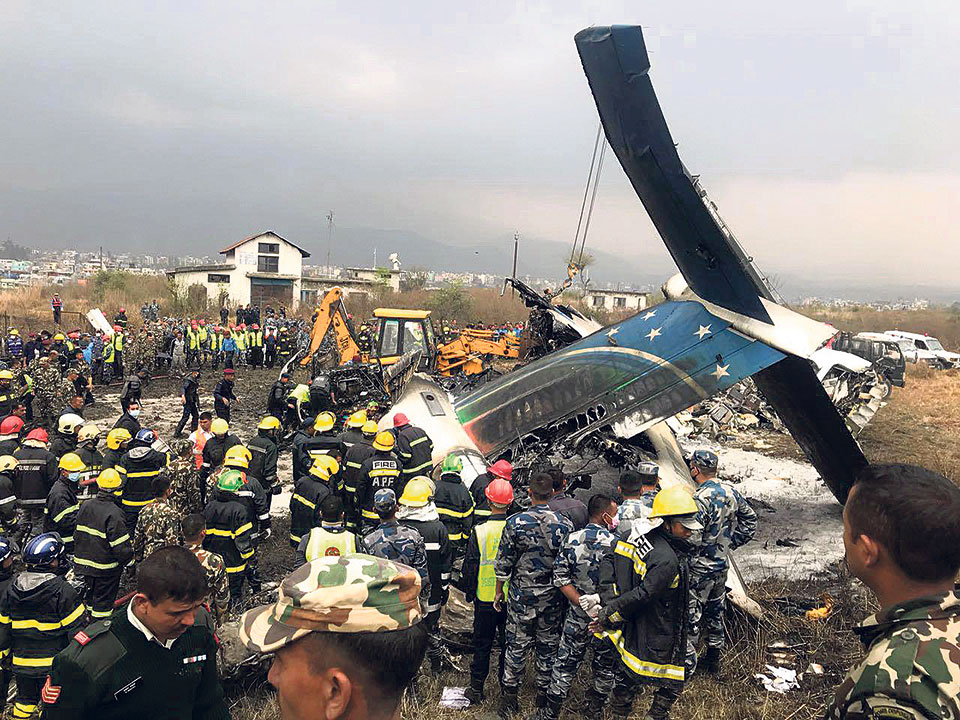 KATHMANDU, March 16: Victims of US-Bangla air crash are likely to receive less amount in compensation than they are supposed to receive, as both Nepal and Bangladesh have delayed adopting the Montreal Convention 1999.

The reason behind the delay in adopting the Montreal Convention is still not known.
Although Bangladesh has signed the Convention, it is waiting for the government to ratify it. On the other hand, Nepal government has been deferring to sign the convention.

According to Hari Bhakta Shrestha, aviation legislation expert, “Montreal Convention is beneficial for all airlines in terms of protection and obligation. It benefits them as well as the passengers.”

Once the country ratifies the Montreal Convention, he said, all the airlines companies are obliged to operate their services under the rules and regulations of the convention. Although it is beneficial for the country and passengers both, the government is being indifferent toward it, he added.

Nepal had begunthe process for signing the Montreal Convention five years ago. However, it is
stuck at the ministry.–Hari Bhakta Shrestha, aviation legislation expert

“Nepal had begun the process for signing the Montreal Convention five years ago. However, it is stuck at the ministry,” Shrestha said. “The government has been indifferent toward it.”

The US-Bangla aircraft Bombardier Dash Q-400 with Call Sigh BS-211 crashed at the Tribhuvan International Airport at 2:18 pm last Monday while trying to land on a short run. The aircraft was carrying 32 passengers from Bangladesh, 33 from Nepal, one from China and one from Maldives. The crash killed 49 people including the crew members. The survivors are undergoing treatment at different hospitals in Kathmandu.

KATHMANDU, March 18: The government of Bangladesh has assigned a 5-member accredited representative team to Nepal to assist the investigations of... Read More...

KATHMANDU, Sept 24: Aviation experts stressed on air safety in Nepal during a function organized on Saturday to mark the 25th... Read More...