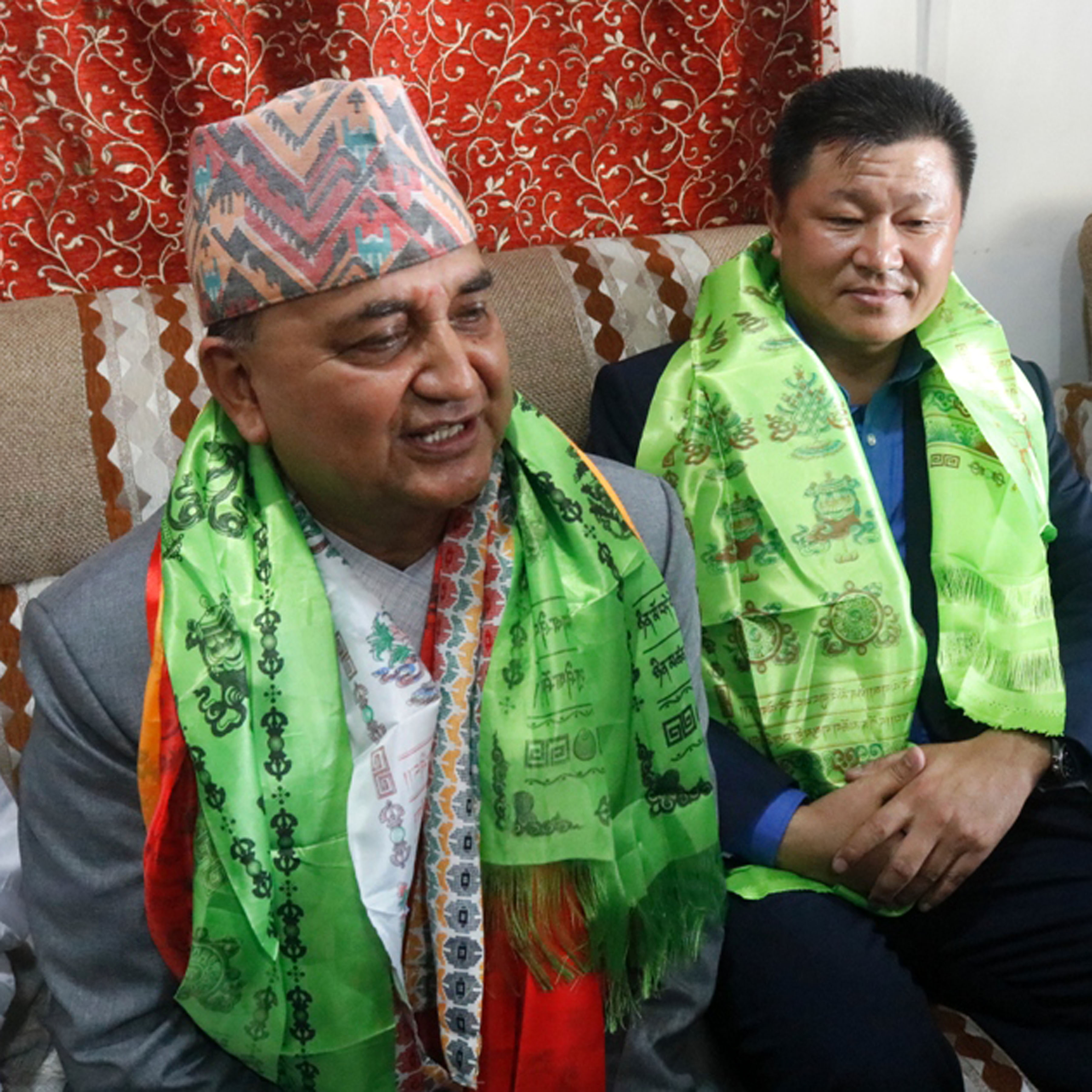 Talking to media persons at Biratnagar Airport today, the Minister said the government took Dr KC to the central capital for his medical treatment so as to save his life. He took the time to say that the government was committed to addressing basic needs of the people like health and education.

It may be noted that the senior orthopedic surgeon who has been on the fast-onto-death for over the past three weeks protesting against the government preparations for introducing the National Medical Education Bill with some changes to its original form was airlifted to Kathmandu from Jumla on Thursday.

According to the Minister, demand for presenting the Bill introduced by the erstwhile government as it is in the parliament was not appropriate. He further described the main opposition party's move to prevent the government from tabling the bill in the House 'autocratic'.

He was of the view of bringing the bill to the parliament for discussions so as to find a way to sort out disputes regarding it.

"The government is all open to hold discussions regarding the bill," he said, underlining the need of seeking a solution to the issue through the due process.

In his response to a query of journalists, the Minister said demands of Dr KC were for the welfare of the people, but efforts to prevent him from sitting for talks with the government were guided by the totalitarian mindset.

He insisted on the need of keeping Dr KC's move at bay from political interests and making correction of weakness in the bill through a democratic way.RSS

KATHMANDU, July 19: A mass gathering has been organized in Kathmandu in support of Dr Govinda KC who is on... Read More...