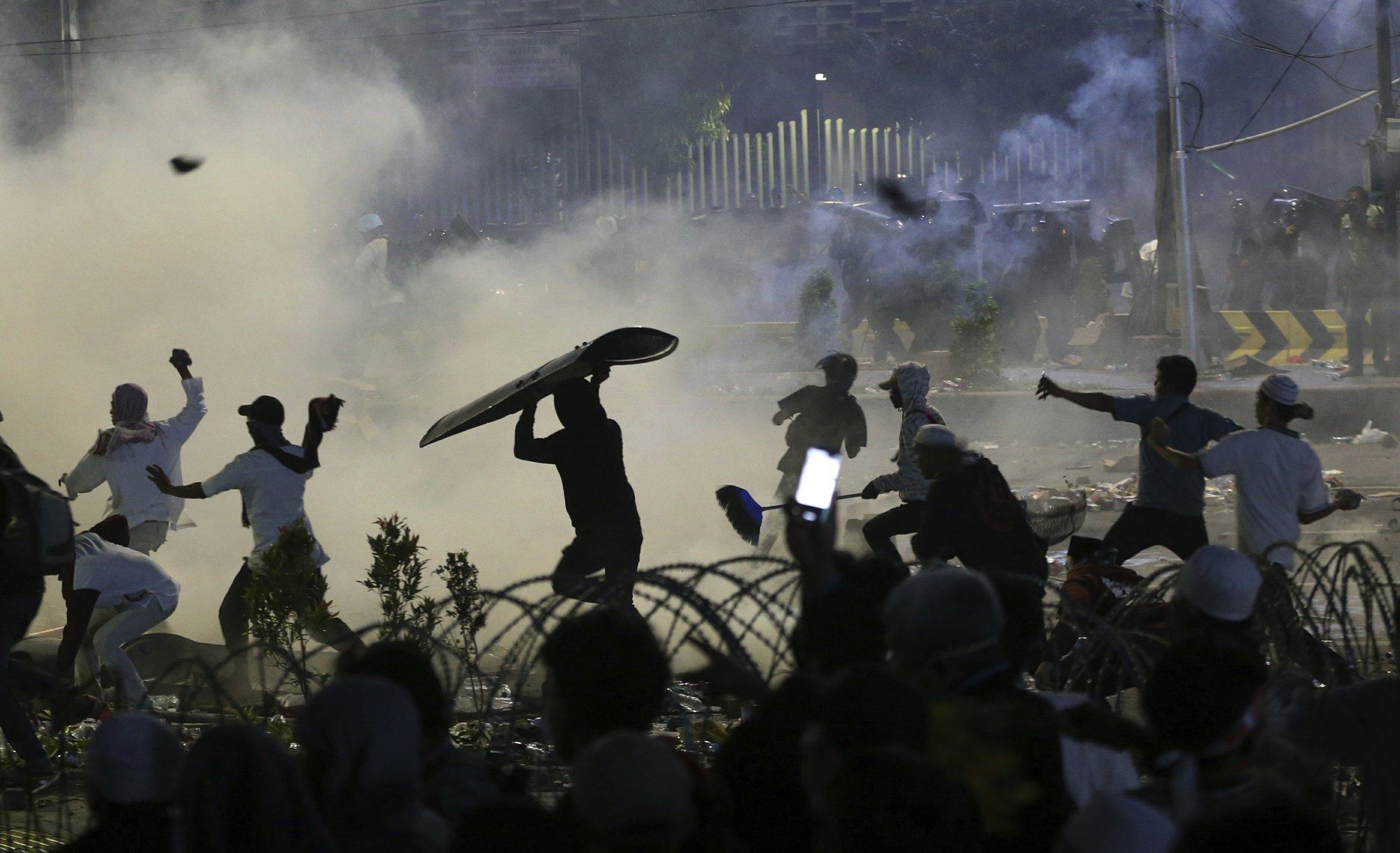 Supporters of the losing presidential candidate throw rocks towards police Wednesday, May 22, 2019, in Jakarta, Indonesia. Indonesian President Joko Widodo said authorities have the volatile situation in the country's capital under control after a number of people died Wednesday in riots by supporters of his losing rival in last month's presidential election. (AP Photo/Achmad Ibrahim)

JAKARTA, May 23: The defeated candidate in Indonesia’s presidential election is expected to challenge the result in court Thursday as calm returned to the capital following a 24-hour spasm of apparently orchestrated violence.

The campaign team of former general Prabowo Subianto has alleged massive election fraud but not provided any credible evidence. It has said it will file a challenge to the Constitutional Court on Thursday.

Six people died in rioting that started Tuesday night during peaceful protests at official results which confirmed President Joko Widodo had won 55.5% of the vote in the April 17 election, securing him a second term.

Subianto, who was also defeated by Widodo in 2014, has refused to accept the result and instead declared himself the winner.

The election supervisory agency earlier this week rejected Subianto’s complaint about the election’s integrity after the only evidence of fraud provided by his team was links to online articles.

The rioting in Jakarta was planned and not spontaneous and many of the several hundred arrested had come from outside Jakarta, according to police.

Officers found an ambulance filled with stones and other weapons. Some of those arrested had envelopes containing 250,000-500,000 rupiah ($17-$34), said Jakarta police chief Argo Yuwono. The minimum wage in Jakarta is about $9 a day.

The government has deployed some 50,000 police and soldiers in Jakarta. Many residents have left the city and parts of the downtown are closed to traffic, with the election supervisory agency and Election Commission barricaded with razor wire.